What Conventional Wisdom Gets Wrong About Biden's Approach to Foreign Policy 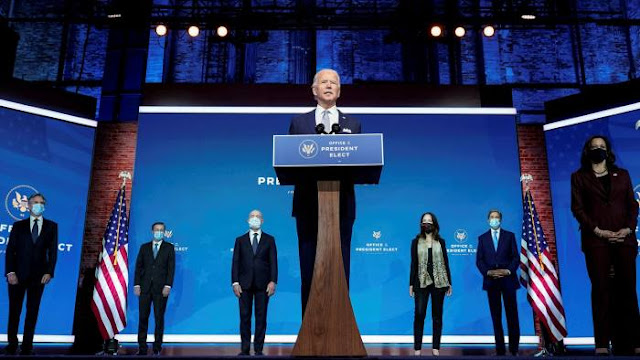 I've always been a bit skeptical of conventional wisdom because, once a narrative is adopted, everything is seen through that lens—which can distort reality. But there are also times when conventional wisdom is simply wrong. We see that when the media adopts narratives about public figures that can't be shaken, no matter what the person actually does.

For example, when George W. Bush chose Dick Cheney to be his vice president, the media cast Cheney as the serious, astute one—as compared to Bush's more affable persona. That piece of conventional wisdom blinded way too many people to the radical way in which Cheney approached foreign policy, especially in the lead-up to the invasion of Iraq.

Conventional wisdom about Joe Biden being a military hawk is equally wrong. As Paul Richter and Noam Levy wrote back in 2008, it appears as though Barack Obama knew that when he chose Biden as his running mate because of his expertise in foreign policy.

What appears to bind Biden and Obama in the realm of foreign affairs, however, is a shared belief in strong cooperation with America’s traditional allies and in the use of force only as a last resort. The Democratic standard-bearers reject the belief of President Bush and some other conservatives that the United States should not hesitate to act unilaterally if other nations demur.

John Isaacs, executive director of Council for a Livable World, which advocates arms control, said the Delaware Democrat “is someone who won’t give the neocons the time of the day.”

The assumption that Biden is a military hawk is usually based on the fact that he voted to give Bush the authority to invade Iraq. But as David Corn documented, it is actually a bit more complicated than that. Initially, Biden worked on a bipartisan bill with Republican Senators Lugar and Hagel to reign in the administration.

They proposed an alternative to Bush’s resolution that would only allow Bush to attack Iraq for the purpose of destroying WMD and only after seeking UN approval. If the UN turned Bush down, he would have to come back to Congress and prove Saddam posed a WMD threat so “grave” that only military action could eliminate it. Bush couldn’t just hop into war on his own.

That legislation was thwarted by Dick Gephardt, who sided with the president in a public display of support, making it difficult for Biden’s Republican colleagues to place themselves ‘to the left’ of the Democratic house leader. In the end, however, Biden must be held accountable for voting in favor of the measure giving Bush the authority to invade Iraq, something he has admitted was a mistake.Over the years, Biden has called for U.S. military intervention to stop the bloodshed in the Balkans and Darfur. But here's something you don't hear very often: Biden voted against authorizing George H.W. Bush’s war in Iraq and was a leader of the opposition to Bush II’s troop surge in 2006.

Perhaps even more surprising for some would be to learn that, during the most controversial foreign policy decisions of the Obama era, Biden consistently counseled against military intervention. He spoke out against a troop surge in Afghanistan and followed that up with attempts to negotiate a power-sharing agreement between the Taliban and the Afghan government. Biden also counseled against U.S. military involvement in both Libya and Syria.

Regardless of how you feel about Biden’s approach to foreign policy or any of these positions, to buy into the idea that he has a history of relying too heavily on military intervention is not only inaccurate, it represents a blind allegiance to conventional wisdom. The president's actual record is available for anyone to review.
at March 02, 2021