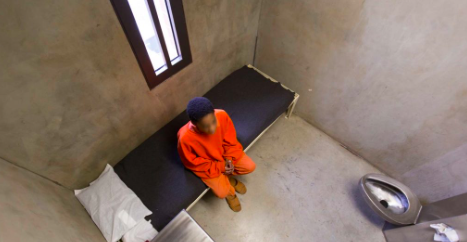 When people refer to this country as "exceptional," this isn't the kind of thing they have in mind: "The U.S. is the only country in the world where kids as young as 13 have been sentenced to life imprisonment without the possibility of parole."

Thanks to the work of Bryan Stevenson and the Equal Justice Initiative, over a thousand people who were automatically condemned to die in prison for juvenile offenses have been resentenced and hundreds have been released. That success in limiting this horrific practice came as a result of three cases argued at the Supreme Court.

The seminal case, Miller v. Alabama, eliminated mandatory life-without-parole sentences for children, ruling that judges and juries must consider the defendants age, the details of the offense, or any other mitigating factors. The Court held that requiring sentencers to consider “children’s diminished culpability, and heightened capacity for change” should make such sentences “uncommon.” Dissenting from the majority opinion in that case were Roberts, Scalia, Thomas, and Alito.
On Thursday, the Supreme Court handed down a ruling in Jones v. Mississippi. The case involves Brett Jones, who was 15 years old in 2004 when he stabbed his grandfather to death during an argument. He was convicted of murder, and a judge gave him the mandatory sentence of life without parole. During a rehearing of the case, as required by Montgomery, the state court affirmed the sentence of life without parole, but failed to consider any aspect related to the "permanent incorrigibility" or potential for rehabilitation. His lawyer appealed the case all the way to the Supreme Court, which affirmed the lower court's decision in a 6-3 ruling. Justices Roberts, Thomas, and Alito were joined in that decision by Gorsuch, Kavanaugh and Barrett. Kavanaugh wrote the majority opinion, which read:

Determining the proper sentence in such a case raises profound questions of morality and social policy. The States, not the federal courts, make those broad moral and policy judgments in the first instance when enacting their sentencing laws. And state sentencing judges and juries then determine the proper sentence in individual cases in light of the facts and circumstances of the offense...
The Court’s precedents require a discretionary sentencing procedure in a case of this kind. The resentencing in Jones’s case complied with those precedents because the sentence was not mandatory and the trial judge had discretion to impose a lesser punishment in light of Jones’s youth.

I will confess that I'm no lawyer. But it seems to me that the Constitution, which the Supreme Court is tasked with upholding, weighed in on those "profound questions of morality and social policy" in the 8th Amendment, which reads: "Excessive bail shall not be required, nor excessive fines imposed, nor cruel and unusual punishments inflicted."

Then there is also the issue of precedent from the previous court cases on this matter, which is what Sotomayor zeroed in on for her blistering dissent.

Today, the Court guts Miller v. Alabama and Montgomery v. Louisiana. Contrary to explicit holdings in both decisions, the majority claims that the Eighth Amendment permits juvenile offenders convicted of homicide to be sentenced to life without parole (LWOP) as long as “the sentence is not mandatory and the sentencer therefore has discretion to impose a lesser punishment.”... Even if the juvenile’s crime reflects ‘"unfortunate yet transient immaturity,” he can be sentenced to die in prison.

This conclusion would come as a shock to the Courts in Miller and Montgomery. Miller’s essential holding is that “a lifetime in prison is a disproportionate sentence for all but the rarest children"...Today, however, the Court reduces Miller to a decision requiring “just a discretionary sentencing procedure where youth [is] considered.”...Such an abrupt break from precedent demands “special justification. The Court offers none. Instead, the Court attempts to circumvent stare decisis principles by claiming that “[t]he Court’s decision today carefully follows both Miller and Montgomery.” The Court is fooling no one. Because I cannot countenance the Court’s abandonment of Miller and Montgomery, I dissent.

What probably happened here is that the previous court couldn't convince someone like Justice Kennedy to join the rest of the world in categorically eliminating the ability to sentence a child to die in prison. So in the Miller case, they left open the possibility of doing so for "those rare children whose crimes reflect irreparable corruption."

The conservatives on the court have now driven a truck through that opening and declared that as long as a judge or jury rejects a mandatory sentence, they are free to consign a child to life in prison without the possibility of parole. No one has to take into account the fact that someone like Brett Jones not only managed to get his high school diploma in prison, but by all accounts, has been a model prisoner. Nevertheless, he is consigned to die in prison for something he did when he was 15 years old. There is a word for that: "barbaric."