On the Moral Question of Racism, We Must Take Sides 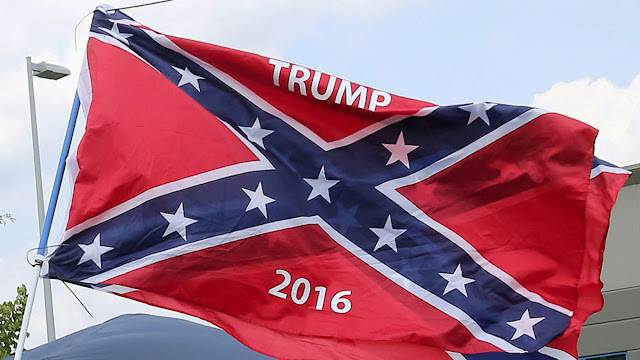 Relying primarily on a paper written by a group of political scientists, Nate Cohn suggests that it is sectarianism that threatens our democracy.

American democracy faces many challenges: New limits on voting rights. The corrosive effect of misinformation. The rise of domestic terrorism. Foreign interference in elections. Efforts to subvert the peaceful transition of power. And making matters worse on all of these issues is a fundamental truth: The two political parties see the other as an enemy...

Whether religious or political, sectarianism is about two hostile identity groups who not only clash over policy and ideology, but see the other side as alien and immoral. It’s the antagonistic feelings between the groups, more than differences over ideas, that drives sectarian conflict.

The bothsiderism of that analysis becomes apparent when Cohn attempts to provide examples.

That contention helps make sense of a lot of what’s been going on in American politics in recent years, including Donald J. Trump’s successful presidential bid, President Biden’s tortured effort to reconcile his inaugural call for “unity” with his partisan legislative agenda.

If sectarianism is, in fact, more about antagonistic feelings between groups than differences over policy ideas, then it is absurd to claim that Trump's presidential bid was the same as Biden's focus on implementing his policy agenda. Cohn eventually arrives at that distinction towards the end of his article.

Joe Biden was sworn in as president — a person who did not attempt to arouse the passions of one sect against the other during his campaign. His nomination and election demonstrates that sectarianism, while on the rise, may still have limits in America...

Mr. Biden is pursuing an ambitious policy agenda, which may eventually refocus partisan debate on the issues or just further alienate one side on matters like immigration or the filibuster. Still, the authors of the Science paper write that “emphasis on political ideas rather than political adversaries” would quite likely to be “a major step in the right direction.”

So if the election of Biden is likely to be "a major step in the right direction," where is all of this so-called "sectarianism" coming from? Cohn finally gets to the point with this:

Republicans made the choice in 2016 to abandon laissez-faire economics and neoconservative foreign policy and embrace sectarianism all at once and in one package: Donald J. Trump. The G.O.P. primaries that year were a referendum on whether it was easier to appeal to conservatives with conservative policy or by stoking sectarian animosity. Sectarianism won.

Sectarianism has been so powerful among Republicans in part because they believe they’re at risk of being consigned to minority status...It is not easy to accept being ruled by a hostile, alien rival. It can make “political losses feel like existential threats,” as the authors of the study published in Science put it...
But changes in the racial and cultural makeup of the country leave conservatives feeling far more vulnerable than Republican electoral competitiveness alone would suggest. Demographic projections suggest that non-Hispanic whites will become a minority sometime in the middle of the century. People with a four-year college degree could become a majority of voters even sooner. Religiosity is declining.

In other words, saying that Trump stoked "sectarian animosity" is code for the fact that the former president stoked racism and xenophobia. But suggesting that both sides are being sectarian, Cohn and the authors of the Science study have equated racism with the response of anti-racists—just as Trump did with the protesters in Charlottesville. That is like putting Jim Crow supporters on an equal footing with civil rights activists and suggesting that both sides were engaging in sectarianism.

When it comes to policy disagreements, if partisans argue the facts (a huge caveat), then it is laudable to give weight to both sides. But at the heart of the GOP argument at this point is a moral rather than policy question. They have demonstrated a willingness to throw democracy under the bus in order to maintain white supremacy.  It is not sectarian to oppose those efforts, but the duty of every patriotic American.