Why I chose silence 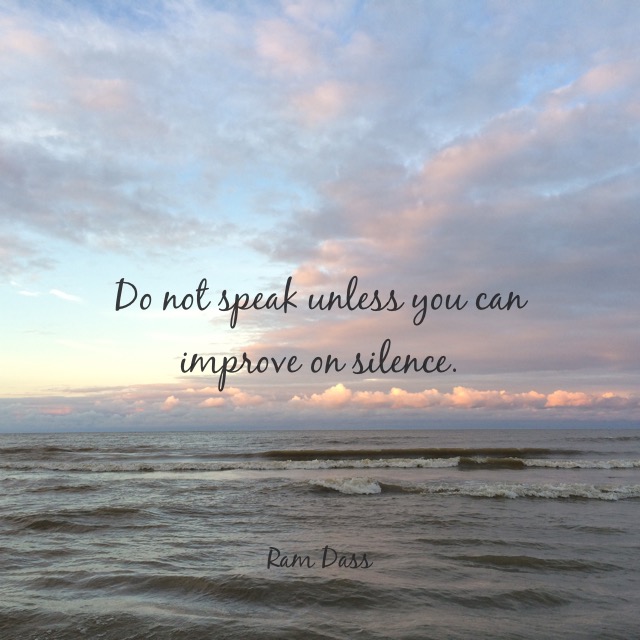 I abruptly stopped writing about politics two months ago. For those who wondered what was up, I apologize. But I couldn't explain what was happening because I didn't know myself. All I knew was that the effort to research topics to write about felt pointless. As has often happened in my life, I figured that eventually an explanation would emerge...if I followed my instincts and listened.

A piece by Ibram X. Kendi, one of those recently maligned "critical race theorists," finally pulled it all together for me. His point is that the Republican operatives who are fear mongering about critical race theory are arguing with themselves.

The Republican operatives, who dismiss the expositions of critical race theorists and anti-racists in order to define critical race theory and anti-racism, and then attack those definitions, are effectively debating themselves. They have conjured an imagined monster to scare the American people and project themselves as the nation’s defenders from that fictional monster.

Kendi goes on to give several examples of people discussing his work in a way that is at odds with anything he's ever said or written. As he says, they're conjuring up an imagined monster. So what's the point of engaging.

How should thinkers respond to monstrous lies?...Because restating facts over and over again gets old. Reciting your own work over and over again to critics who either haven’t read what they are criticizing or are purposefully distorting it gets old. And talking with people who have created a monologue with two points of view, theirs and what they impute to you, gets old.

And yet, silence comes with a price. As Kendi writes, "democracy needs dialogue. And dialogue necessitates seeking to know what a person is saying in order to offer informed critiques."

While Kendi's piece is focused on the fear mongering about critical race theory, it is also true of all of the lies being told by right wingers about Democrats more generally. As just one example, this week they're freaking out over something HHS Secretary Xavier Becerra said recently. The editorial staff at the Washington Examiner wrote about it in a piece titled, "The wretched Xavier Becerra wants to control your life."

“We need to go to community by community, neighborhood by neighborhood, oftentimes, door to door — literally knocking on doors to get help to the remaining people protected from the virus,” Biden said last week.

Asked on CNN whether it’s “the government's business knowing who has or hasn't been vaccinated,” the cultural warrior turned Biden proxy replied, “Perhaps we should point out that the federal government has spent trillions of dollars to keep Americans alive during this pandemic. So it is absolutely the government's business. It is taxpayers' business if we have to continue to spend money to try to keep people from contracting COVID and helping reopen the economy.”...

The answer was both stupid and clarifying.

...It was clarifying because it revealed one of the Left’s motivations in expanding federal spending: It wants more control over your life.

Becerra revealed that he and his ilk want the government to be your health insurer so that the government can micromanage your diet, your exercise, and probably your family size.

They want the federal government to fund education from pre-K through college so they can dictate the curriculum.

They want to pay the piper so that they can call the tune. Big government is the Trojan horse for an all-out culture war.

How do you engage in dialogue with people who go from money spent on vaccinating people during a pandemic to "micromanaging your diet, your exercise, and probably your family life?" It would be possible to do so if you were engaging people who sincerely wanted to listen in order to truly understand your position. But we all know that's not the case. At this point, even facts and evidence are irrelevant because they are dismissed as nothing more than partisan lies.

In some ways, this kind of distortion has always been part of politics. What's new is the way that social media and right wing news outlets have not only propagated conspiracy theories, but have inoculated their followers against ever having their perceptions challenged. Last year Julian Sanchez explained that his concept of epistemic closure goes far beyond merely being an echo chamber.

The idea of “epistemic closure” was that you WOULD hear new and contrary information, but you have mechanisms in your belief system that reject anything that might force you to update your beliefs…

I bring this up now, because the Trump ecosystem has developed a pretty sophisticated set of epistemic closure mechanisms that work to reject new information that might otherwise pose a problem.

The closure mechanisms the right has installed in order to inoculate their followers include references to things like the deep state, fake news, and the swamp. Once people buy into those, they can reject any information that comes from those sources. Recently Trump said that painting the news media as corrupt will go down as one of his greatest achievements. That is precisely how he inoculates his followers against reality.
But it doesn’t end there. As Sanchez explains, they “effectively judo-flip [contradictory information] into confirmation of the preexisting narrative, rather than new contradictory data.” In doing so, the right actually turns those who challenge them into targets that reinforce their delusional lies.

Beyond all of the specific issues, policies, and politics that are on the table these days, this is the most important meta issue we are facing. For democracy to survive, we're going to have to figure this one out. But as far as I can see, no one has an answer to this one. I don't either...which is why I went silent.