One political party not only refuses to govern, but is in the business of creating crises. 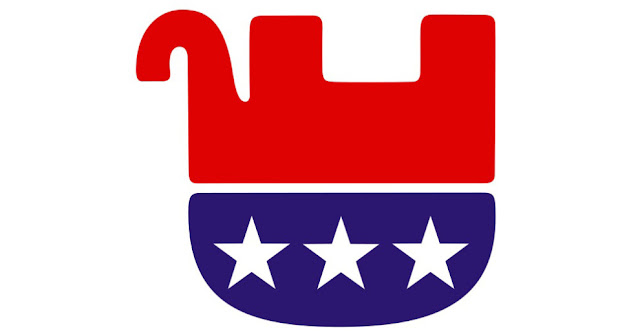 During the 2020 presidential campaign, Joe Biden said that this country faced four historic crises:Via executive orders and the reconciliation process, the president has taken bold steps to address each of those crises, all without a single vote of support from Republicans. While that seems likely to change with the bipartisan infrastructure bill, Norman Ornstein provides this warning (emphasis mine):

You don’t have to be a Machiavellian to understand another reason Mr. McConnell was willing to hand Mr. Biden a victory on infrastructure: By looking reasonable on this popular plan, claiming a mantle of the kind of bipartisanship that pleases Democrats like Joe Manchin and Kyrsten Sinema and that mollifies suburban moderate Republicans in key states, Mr. McConnell can more easily rally his troops behind their goal of obstruction and delay for every other important Democratic priority, including the blockbuster reconciliation bill, as well as voting rights and election reform.

Should the infrastructure bill pass with Republican support, it will be the one and only major piece of bipartisan legislation to clear the Senate this term.

But there's something even more important that is going on with Republicans. Not only are they trying to stop Democrats from addressing the four crises Biden identified...they're creating new ones. Just as we were all breathing a sigh of relief that Biden's push to get people vaccinated would move us beyond the covid crisis, Republican governors and right wing media fanned the flames of disinformation — leading to another spike of infections, hospitalizations, and deaths.

Meanwhile, Republicans fought the establishment of a bipartisan commission to investigate Trump's attempt to overturn the 2020 election. They refuse to disassociate themselves from the former president's "Big Lie" and are actually siding with the insurrectionists who stormed the Capitol on January 6th. New information continues to surface about those events that makes Nixon's crimes pale in comparison. It is becoming increasingly clear that Republicans are at least passively supporting an attempted coup.

The fact that Republicans will attempt to obstruct voting rights and election reform is linked to the fact that they are using those issues to create another crises — one that threatens the very foundation of our democracy. According to the Brennan Center, as of today, 18 states have passed 30 laws this year that will make it harder for Americans to vote.

It was alarming when, in the midst the Great Recession, Mitch McConnell rallied his troops to block Democrats from doing anything to address the crisis. Demonstrating the fact that the Republican Party has climbed even further down the rabbit hole, they are now in the business of creating new crises — even ones that threaten our democracy.

Democrats now face a list of overwhelming issues that all require immediate attention. As just an observer, it has actually become difficult to keep up. It's as if Biden was already trying to juggle too many balls, but Republicans keep throwing more at him.

We can all come up with our own list of how to prioritize which of these crises need to be handled first. That is part of the dissension that sometimes surfaces among Democrats these days. But let's just be honest: they are all critical and the levers of government were designed to be slow. So let's dispense with criticizing Democrats for not addressing our own personal priority first and keep our focus on calling out those who are creating the chaos in the first place.