Getting Rid of Trump Won't Save Republicans 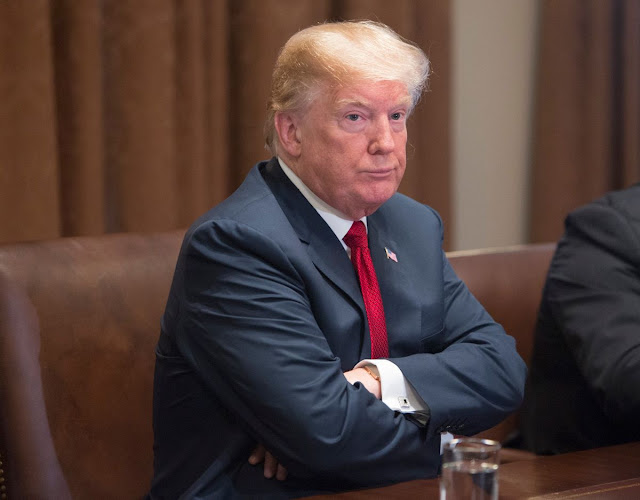 With Raphael Warnock's win in Georgia on Tuesday night, the 2022 midterms are over and pundits will turn their attention to the 2024 election. When it comes to the presidential race, the question on the right is, "if not Trump, then who?"

In order to understand the dilemma Republicans face, it is important to look at how they got here. The two major moves were (1) the Southern Strategy, which aligned the party with white racists, and (2) the use of abortion and gay marriage to align the party with white evangelicals. From the 1970s to 2008, those issues were used to rile up the party's base, while the establishment implemented their policies of tax cuts for the wealthy, deregulation, and a hawkish foreign policy. That worked for the GOP, until the disaster of the George W. Bush presidency. By the end of his two terms, those policies had given us the Great Recession, two seemingly endless wars in the Middle East, and a horrific response to Hurricane Katrina.

In 2008, we elected Barack Obama - the country's first African American president. Given the abject failure of their policies, Republicans decided on a strategy of total obstruction. No matter what the issue, if Democrats were for it, they were against it. That not only relieved them of having to actually articulate an agenda for governing, right wing news outlets fanned the flames of racism to justify the obstruction. It was suggested that President Obama was a secret Muslim who didn't love America. That worked to keep their racist white evangelical base fired up.

In 2012 Mitt Romney ran on the party's failed policies of the past and lost. Republicans also lost two seats in the Senate and eight in the House. That is when the GOP performed an autopsy, which suggested that the party needed to do more to reach out to people of color, women, and young voters. Those recommendations were totally rejected as Republicans simply doubled down on their racism and obstruction.

After giving the Democrats a "shellacking" in 2014, Republicans controlled both the House and Senate. But other than ousting Boehner as Speaker and installing Paul Ryan, they failed to get much of anything done.

In June 2015, Donald Trump announced that he would run for president as a Republican. He did so after spending three years spreading racist birther lies about Barack Obama. During his announcement speech, he called Mexican immigrants rapists and criminals - then went on to talk about banning Muslim immigrants. In other words, he overtly tapped into the racist fears and hatreds of the GOP base. Along with an assist from mainstream media and FBI Director Comey, Trump was successful in spreading lies about "crooked Hillary" and won in the Electoral College.

Since then, Republicans have struggled in 2018, 2020, and 2022. So what now? Trump has already announced that he will run again in 2024. But he's old and is facing possible criminal charges on several fronts. While he still maintains a loyal base, some in his party are getting tired of losing - and blame him.

If Trump was removed from the equation, the question I would pose to the GOP is not so much "who?" but "what?" When it comes to actual policies, the ones embraced by the party in the past are still unpopular - that includes those focused on economic issues or foreign policy. What's left are the so-called "culture wars." While the Republican take on those issues is also unpopular, they still fire up the base of racist white evangelicals.

Here's the problem Republicans face when it comes to the culture wars. They aren't fought over ideas, but emotions (hatred, fear, grievance, etc). Those emotions not only need to be fed constantly, the impact wears off after a while and the effort to ignite them needs to be ramped up. Like alcohol/drug addiction, a tolerance develops and dosage needs to be increased to get the same high.

How far can the GOP go with this trajectory? In 1981, Lee Atwater described the "dog whistle" element of the Southern Strategy.

By 1968 you can't say "n****r"—that hurts you. Backfires. So you say stuff like forced busing, states' rights and all that stuff. You're getting so abstract now [that] you're talking about cutting taxes, and all these things you're talking about are totally economic things and a byproduct of them is [that] blacks get hurt worse than whites.

As recently as 2006, anti-civil rights activist Edward Blum wrote that "Republicans don’t want to be branded as hostile to minorities, especially just months from an election."

Ten years later, a Republican presidential candidate called Mexicans rapists and criminals. He went on to win (at least in the Electoral College) and recently had dinner with people who openly brag about the fact that they love Nazis.

If Republicans reject Trump, their base is certainly not going to respond to candidates who talk about repealing New Deal programs to reduce the federal deficit. More tax cuts for the wealthy aren't going to cut it. All they've got are the culture wars, which means they need to ramp up hatred and fear of the "enemy." How someone does that by taking things up a notch from where Trump left off is hard to imagine.