Refreshment for the soul 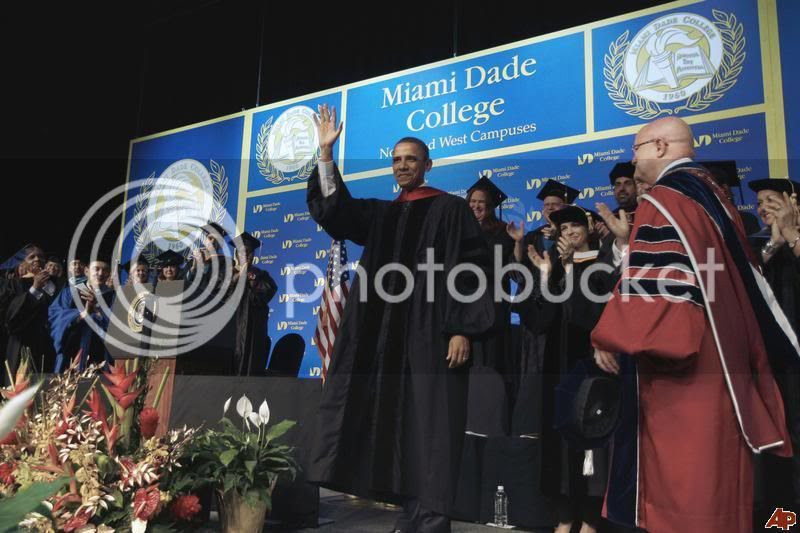 Last night President Obama gave the commencement address to graduates of Miami Dade College in Miami, Florida. To understand the context, its important to note that the 170,000 students at Miami Dade's 8 campuses come from 181 different countries and 90% are students of color.

With that in mind, here's a part of Obama's speech:

We have carried this dream forward through times when our politics seemed broken. This is not the first time where it looked like politicians were going crazy. In heated debates over our founding, some warned independence would doom America to “a scene of bloody discord and desolation for ages.” That was the warning about independence. One of our greatest Presidents, Thomas Jefferson, was labeled an “infidel” and a “howling atheist” with “fangs.” Think about that. Even I haven’t gotten that one yet. Lincoln -- Lincoln, FDR, they were both vilified in their own times as tyrants, power hungry, bent on destroying democracy. And of course, this state has seen its fair share of tightly contested elections.

Rather than turn inward and wall off America from the rest of the world, we’ve chosen to stand up forcefully for the ideals and the rights we believe are universal for all men and women.

Rather than settle for an America where everybody is left to fend for themselves, where we think only about our own short-term needs instead of the country that we’re leaving to our children, we have chosen to build a nation where everybody has a shot at opportunity, where everyone can succeed. We’ve chosen to invest in our people and in their future -- building public schools, sending a generation to college on the GI Bill, laying highways and railroads, building ports all across the country.

Rather than turn on each other in times of cultural upheaval, we’ve chosen to march, to organize, to sit-in, to turn out, to petition our government for women’s rights and voting rights and civil rights -- even in the face of fierce resistance -- because we are Americans; and no matter who we are or what we look like, we believe that in this country, all are equal, all are free.

Rather than give in to the voices suggesting we set our sights lower, downsize our dreams, or settle for something less, we’ve chosen again and again to make America bigger, bolder, more diverse, more generous, more hopeful.

Because throughout our history, what has distinguished us from all other nations is not just our wealth, it’s not just our power. It’s been our deep commitment to individual freedom and personal responsibility, but also our unshakeable commitment to one another -- a recognition that we share a future; that we rise or fall together; that we are part of a common enterprise that is greater, somehow, than the sum of its parts...

We didn’t raise the Statue of Liberty with its back to the world; we raised it with its light to the world. Whether your ancestors came here on the Mayflower or a slave ship; whether they signed in at Ellis Island or they crossed the Rio Grande -- we are one people. We need one another. Our patriotism is not rooted in ethnicity, but in a shared belief of the enduring and permanent promise of this country.

After the insanity we've seen this last week, just drink that one up like a tall glass of sweet iced tea on a hot summer day. 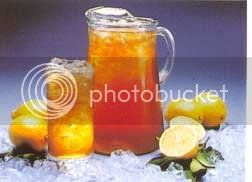