Oh, this is rich!

If you're Paul Ryan:

First, you hold the global economy hostage by threatening to not pass an increase in the debt ceiling without massive spending cuts to domestic programs, including Social Security and Medicare.

The people you're negotiating with want some tax increases on the wealthy to go along with spending cuts. But you refuse. Stalemate. U.S. credit rating is downgraded.

The opposition offers you a deal...along with some domestic spending cuts, agree to either a tax increase on the wealthy or defense spending cuts.

You chose the defense cuts.

Six months before those defense cuts are set to kick in - you start squealing like a stuck pig and accuse your opponents of not caring about national security due to cuts YOU VOTED FOR because of a crisis YOU CREATED.


The Obama Administration has yet to specify how they would implement current law, while refusing to demonstrate leadership in replacing the arbitrary cuts to core priorities...

The arbitrary, across-the-board sequester cuts would have a devastating impact on our national security and key domestic priorities.

Senate Majority Leader Reid and other leading Senate Democrats, unwilling to advance solutions, have effectively endorsed crippling cuts to our national defense...Americans deserve answers from our chief executive on the consequences of the deep reductions from the sequestration process and the specific steps that he will take to address these concerns. 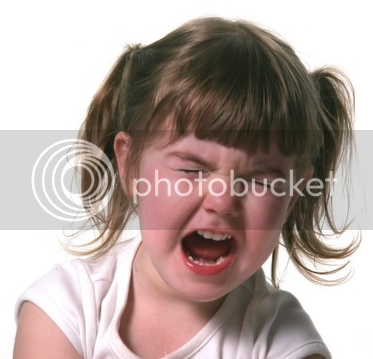 Winning the Crybaby of the Year award is no small feat. But that, my friends, is exactly how you do it!
at July 19, 2012