Time for a pivot (updated)

It felt good to see the Obama campaign throw some knockout punches at Romney, didn't it? That kind of thing can be effective in revving up the base - especially those who don't see the more subtle blows that President Obama tends to land on the GOP all the time.

But my guess is that the reason the campaign went after Romney so directly has not been about making the base feel good. In order to understand why that approach was necessary, its important to first understand the only strategy available to Romney in this race.

Its been obvious since the beginning that the goal of the Romney camp has been to make this election a referendum on President Obama. Since the Republicans have been able to successfully block any action that would have improved the economy, the idea was to hang that failure around the neck of the President and suggest that Romney's past in the private sector was all voters would need to know to think he would do a better job.

By spending so much time talking about Romney and raising doubts about his record at Bain Capital, what the Obama campaign has done is to ensure that this election is not simply a referendum on the President, but that its a choice between Obama and Romney.

Now its time to start working on closing that deal by focusing on the choice. This is the kind of thing I'm talking about.

Other than Bain and his taxes, the one thing Romney doesn't want to talk about is the specifics of what he would do. As I've noted before, there are several reasons for that. First and foremost is that most voters don't agree with him. Secondly, on many issues he needs to muddy the water because clarity would expose the deep divisions in his own party.

So I'd suggest that we'll be seeing a bit of a shift in the Obama campaign strategy in the coming weeks. Continuing the tit-for-tat attacks would only aid the Republicans as voters get more cynical about the whole process. Its time to clarify the choice. And instead of a focus on the candidate's past, its time we started to look... 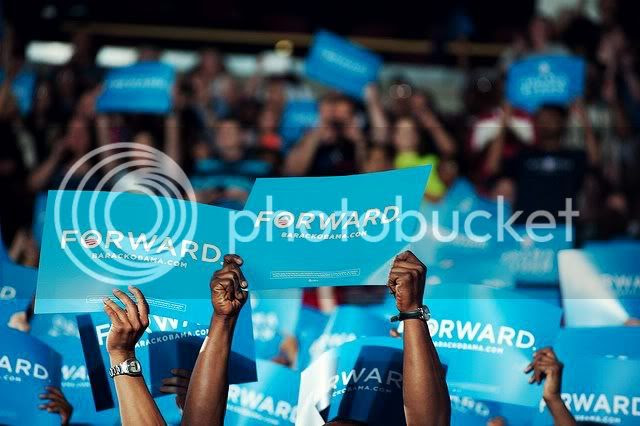 UPDATE: Its nice to know that a couple of really smart guys who tend to get things right agree with me.


The Obama campaign’s attacks on Mitt Romney’s business record and personal finances will probably continue for a long time. But I think that, when the campaign is remembered in history, they will not be seen as the central element but rather as a prelude. The main event is going to be a fight over the priorities of the Paul Ryan budget.