The Importance of Perspective

In the About Me section up above I mention that I'm "always looking for the big picture." Whether its genetics or learned behavior - that's simply how my brain works. When it comes to details that happened a couple of hours ago, I sometimes forget. But catching patterns, themes, and memes as they are developing is my forte.

That's one of the reasons why I'm such an Obamabot. As I say here all the time, the President plays the long game. And if you only look at the details, you miss the big picture.

For decades, the American people depended on major television news to interpret patterns, themes and memes when it comes to politics. But as technology developed and networks like Fox News politicized that process, we find ourselves in an era where we each have the responsibility for defining those things for ourselves.

Of course there are downsides to that reality. Oftentimes people whose perspective is trained on the particular can pretend like they're describing the big picture. The result is something like this:

Is it any wonder that we have arguments over who is living in the reality-based world?

In order to see that what you're talking about is actually an elephant, you have to step back and create some distance. Once you've figured that out, there might be reason to go in and study the legs or trunk or ears. But first you need to know that its an elephant.

That's what I'm most often trying to do here. My goal is not to tell "breaking" stories. There are plenty of places you can read about that. I like to notice how that breaking story fits into the bigger picture. And I also like to point out stories about the trunk that can get missed when everyone is hysterically reacting to the shape of the tail.

The truth is that where/how you chose to look will often determine what you see. 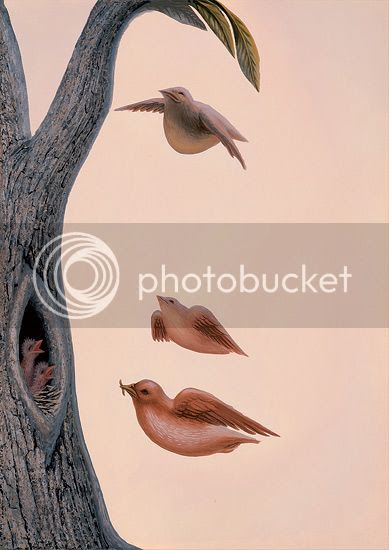