Rev. Sharpton BROUGHT IT this morning in his speech commemorating the 50th anniversary of the March on Washington.


He ended his remarks with something that might sound familiar to regular readers here. 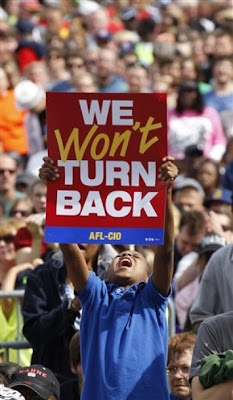