"It took a man like Madiba to free not just the prisoner, but the jailor as well" 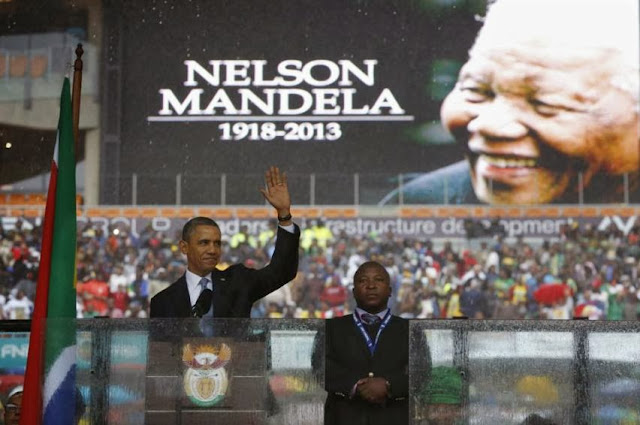 Mandela understood the ties that bind the human spirit. There is a word in South Africa- Ubuntu – that describes his greatest gift: his recognition that we are all bound together in ways that can be invisible to the eye; that there is a oneness to humanity; that we achieve ourselves by sharing ourselves with others, and caring for those around us. We can never know how much of this was innate in him, or how much was shaped and burnished in a dark, solitary cell. But we remember the gestures, large and small – introducing his jailors as honored guests at his inauguration; taking the pitch in a Springbok uniform; turning his family’s heartbreak into a call to confront HIV/AIDS – that revealed the depth of his empathy and understanding. He not only embodied Ubuntu; he taught millions to find that truth within themselves. It took a man like Madiba to free not just the prisoner, but the jailor as well; to show that you must trust others so that they may trust you; to teach that reconciliation is not a matter of ignoring a cruel past, but a means of confronting it with inclusion, generosity and truth. He changed laws, but also hearts.

And so we must ask ourselves what is it that makes "a man [or woman] like Madiba" - one who truly reflects "Ubuntu?" As we've seen throughout history, those are the people who have bent the arc of history towards justice.

My suggestion would be that we have one of those leaders in the White House right now. And just as white South Africans initially feared Mandela while his critics were baffled by his outstretched hand to them, the dying beast of white supremacy is lashing out at President Obama, but critics misunderstand his conciliatory rhetoric.

I believe that President Obama wants to free people of color in this country from the oppression of racism. But he knows that will only happen when we can free white people from their hate. We're in the midst of that struggle right now. And as Madiba said "It always seems impossible until its done."
at December 10, 2013