They are all "our" children 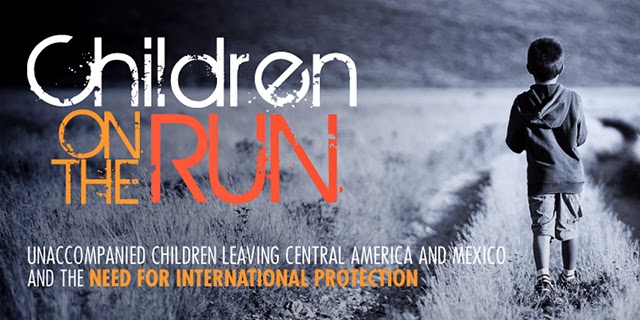 I believe that it is wired into humans to protect children. But we have developed a mechanism for avoiding that instinct by defining "our" children (who are to be protected) and "their" children to whom we have no obligation. We do that by excluding the ones that don't look like us (black and brown) and then blaming their parents for their condition.

I've seen all of that on display as we discuss what to do about the children who are coming into this country illegally from Guatemala, Honduras and El Salvador. Lately I've been finding myself wanting to scream..."These are f*cking CHILDREN we're talking about!!!!" Can we take just a moment to remember that and think about what's going on here before we simply plug them into our politically polarized narrative about how every problem we face is a plot by President Obama to ruin this country?

The UN High Commissioner for Refugees has no interest in playing our political games with this issue. They produced a report titled Children on the Run which summarizes over 400 interviews they conducted with unaccompanied or separated children who arrived in this country illegally.


Our data reveals that no less than 58% of the 404 children interviewed were forcibly displaced because they suffered or faced harms that indicated a potential or actual need for international protection.

In terms of what harms they faced, the report says this:


Forty-eight percent of the displaced children interviewed for this study shared experiences of how they had been personally affected by the augmented violence in the region by organized armed criminal actors, including drug cartels and gangs or by State actors. Twenty-one percent of the children confided that they had survived abuse and violence in their homes by their caretakers.

For example, here is the story of a 16 year-old boy from Guatemala:


Gangs in a nearby neighborhood wanted to kill me and some other people. They wanted me to give them money, but what money was I supposed to give them? I didn’t have any. They asked me a bunch of questions, like who was my father, and who was my family. I told them my father was dead. They told me to say goodbye because I was going to join my father. They asked me if I knew who they were, if I could identify them. I said no, because I knew if I said yes they would kill me. They held my cousin and me for three hours, tied up. My cousin was able to untie the rope and he helped me untie mine. We heard gun shots and we ran. They kept looking for us, but we escaped.

Please identify for me how the President's deferred action on DREAMers played a role there. It didn't. The Center for American Progress shows the data proving that violence in their home countries is causing this humanitarian crisis - not our current or proposed policies on immigration.

There is no quick fix to this crisis and there certainly isn't a "one-size-fits-all" response our government can give to these children. It is our responsibility as a member of the international community to hear each child's story and do what we can to ensure their safety and protection. That's what we would surely want for our own children, right?

Its interesting that right in the midst of all this I ran across the most wonderful photo exhibit of children around the world at play. I am going to include a few of them here as a reminder of the universality of childhood. 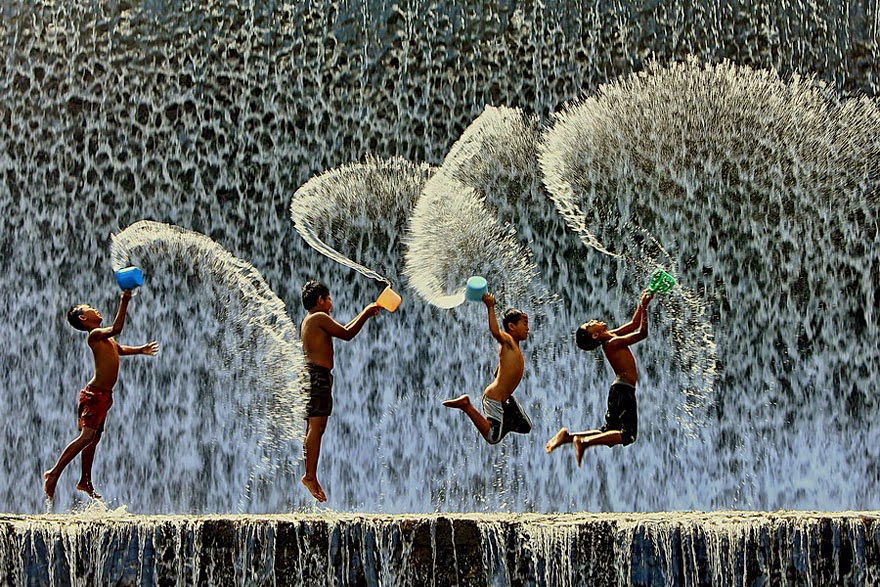 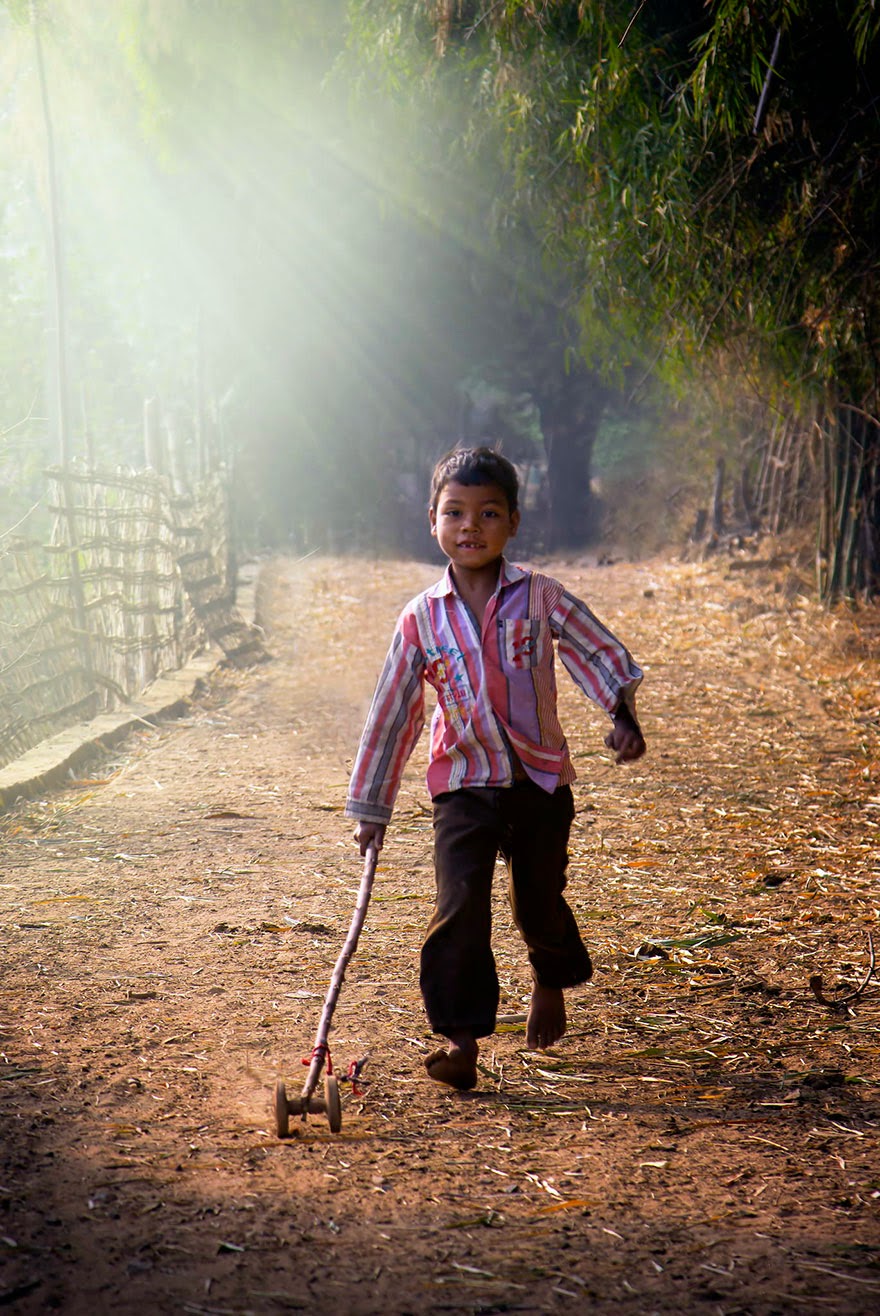 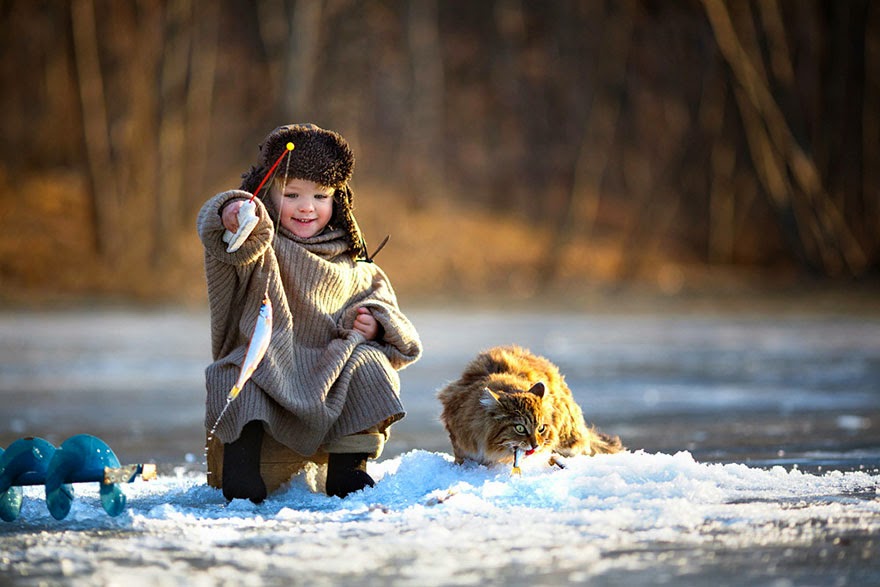 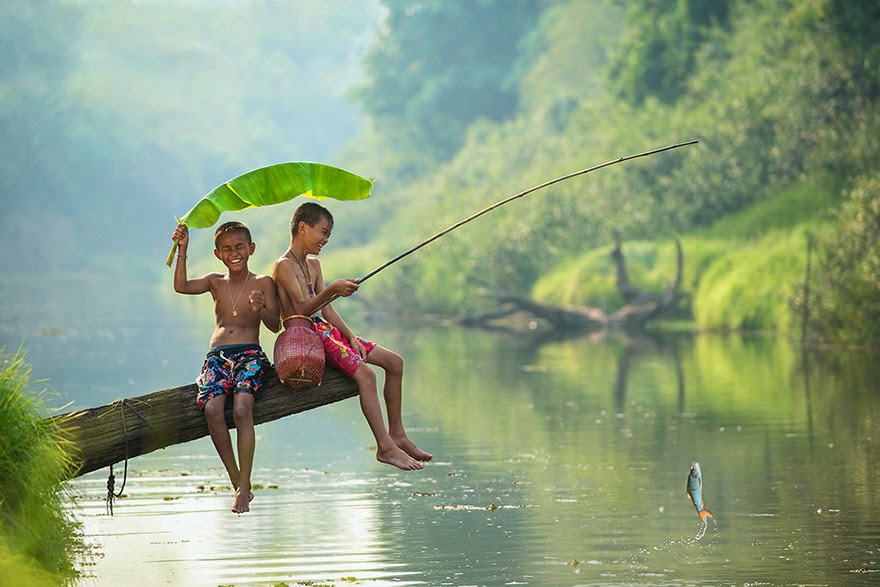 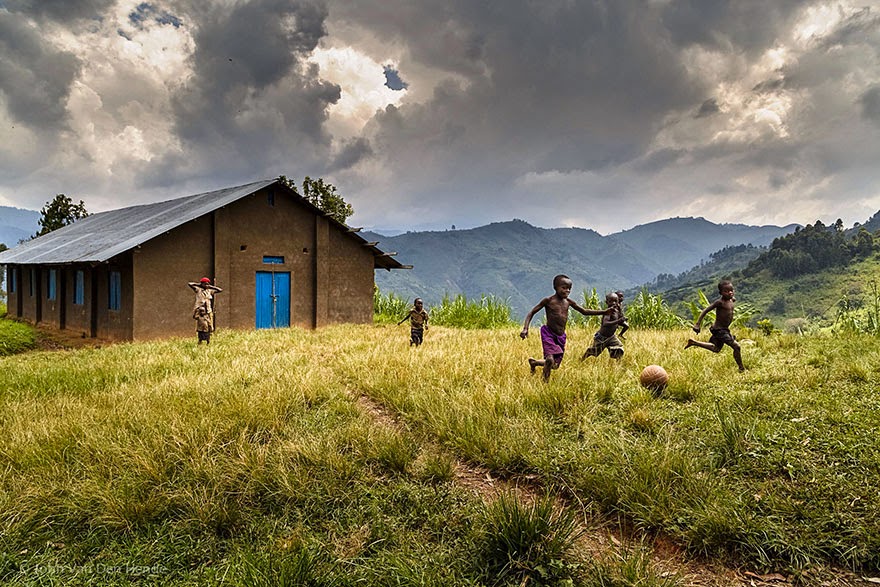 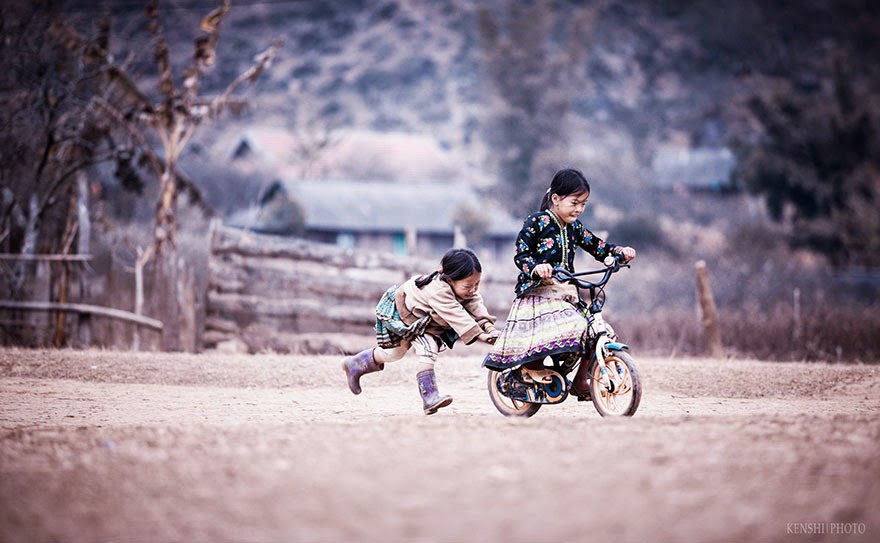