"There's something subterranean about the way these people process things"

Eleanor Clift has written a totally superficial column suggesting what she thinks will define Barack Obama's post-presidency. I'm not going to bother responding though, because embedded in the article is this fascinating exchange.


Dallek is among a small group of historians invited to the White House on an occasional basis to meet with Obama. He recalls at one point talking to Obama about the Tea Party and its anti-government rhetoric: “I called it the politics of resentment, and he said, ‘Bob, I think you’re right, there’s something subterranean about the way these people process things’.”

“We didn’t talk about race,” Dallek told the Daily Beast, “but I took it as an expression of feeling on his part that race is part of the resentment... 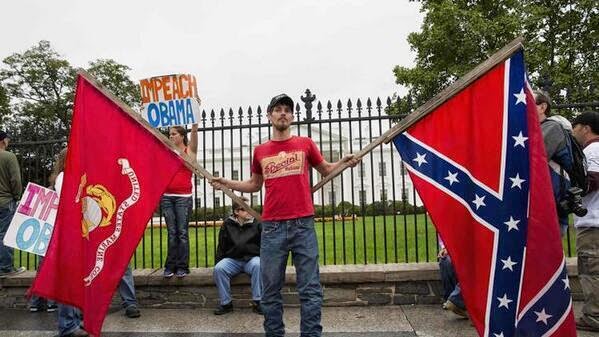 Of course, leave it to President Obama to express it so eloquently. Did he nail it, or what?!
Posted by Nancy LeTourneau