This one is not the media's fault 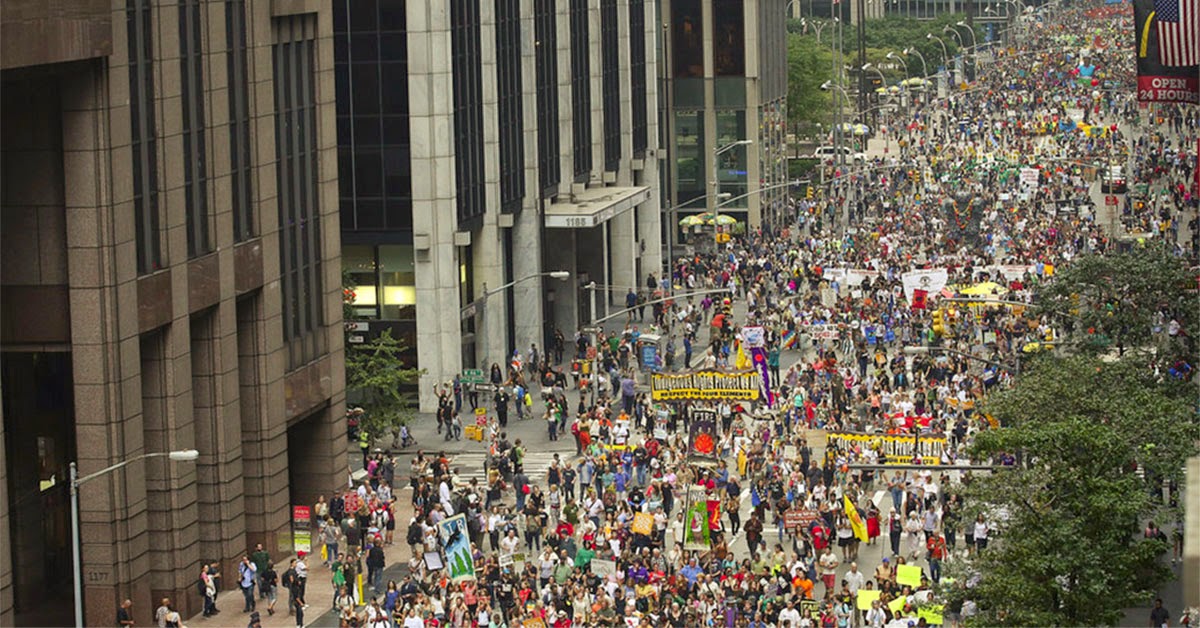 Folks that read here regularly know that I'm not hesitant to criticize our media. But I won't be joining the chorus complaining about how they didn't cover the Climate March that took place in New York (and other cities) yesterday. The reason they didn't cover it is because it wasn't really "news." Sure, it looks like 300,000 people showed up. But then what?

The mantra of a lot of activists is that "we need to take it to the streets." In our era, most often that is assumed to mean a march like the one that happened yesterday. As a pragmatist, I am inclined to ask some simple questions about how that works. I start with: what are the goals of the march? If it is to bring together like-minded people to energize them for a cause - then a march that attracts 300,000 is a success. But if the goal is to reach the skeptics and opponents of your cause, its a waste of time. And frankly, if the goal is to challenge the power structures that fights change, this is a MUCH more effective action.

...on Monday, a collection of institutional investors that manage $50 billion among themselves will announce that they will divest entirely from fossil fuels. Prominent among the group is the Rockefeller Brothers Fund, whose assets were accumulated by the Rockefeller family’s many decades of producing petroleum, first under the Standard Oil brand and later under Exxon. “John D. Rockefeller, the founder of Standard Oil, moved America out of whale oil and into petroleum,” explained Stephen Heintz, President of the Fund. “We are quite convinced that if he were alive today, as an astute businessman looking out to the future, he would be moving out of fossil fuels and investing in clean, renewable energy.”

“One announcement alone isn’t going to tip the balance, but when one announcement is followed by another and then another, that gets CEOs to pay attention,” Tom Steyer, the billionaire climate activist who has funded numerous electoral campaigns on behalf of climate action, told The Nation. “CEOs pay a lot of attention to their shareholders, just like everyone pays attention to what their boss thinks. So actions like this send a powerful message.”

I remember thinking the same thing during Occupy Wall Street. Activists got SOOO angry when Wall Street executives watched them from a balcony while they drank their champagne. But that should have been a message...the occupiers were posing ZERO threat to the financiers. Meanwhile, one young woman organized a movement to get people to take their money out of big banks and put it in smaller ones and/or credit unions. THAT'S where the seeds of change were really happening.

In the end, even if the media is to blame for not covering the march yesterday, I fail to see the point of simply complaining about that. Its time to accept the fact that the media doesn't cover marches and - if the goal is to get their attention - be creative in coming up with actions that will.

Frankly, for years now I've been totally bored with the left's apparent love affair with the tactic of marches. I finally realized why that was when I read Al Giordano reporting on the consultations the resistance movement in Honduras received from members of Otpor! in Serbia. Giordano relates their answer to the question "How do you give your opponent a headache." Right away you know this is going to be good - because they're asking a fascinating question. Marches - even ones attended by 300,000 people - give no one a headache. Instead, Otpor! talked about creating a dilemma for the authorities.


During our struggle, every morning when we would get together we would ask ourselves the same question: how can we give the regime a headache today?

What matters now is who is going to make the next move.

If the regime makes the next move, you have to react.

If you make the first move, then they have to react.

The whole game is to calculate the next steps, to put the adversary in a position where he can’t react well...

What we wanted to have is something that is going to provoke a response and make the regime look stupid. This is what we called a “Dilemma Action.”

I'll let you click on the link if you want to read further about the dilemma action Otpor! came up with to challenge the authorities. Suffice it to say that it included a barrel and a picture of Milosevic.

If your goal is to attract more people to your cause rather than give the authorities a headache, Giordano came up with a great suggestion...flashmobs. Emma Goodman was right: "If I can't dance, I don't want to be part of your revolution."


Add a coherent political message, banners, leaflets, a dance tune that resonates with the message, and such to a dancing musical flash mob like these and you have the seeds of a new, more effective, kind of protest than the tired old marching around in circles of the last century that has ceased to win any cause for anyone.

The truth is that the possibilities are endless. All it takes is a little creativity.

But if people on the left want to keep doing the same thing over and over again, then complain when the media doesn't find it interesting anymore,  I just have one question for you... 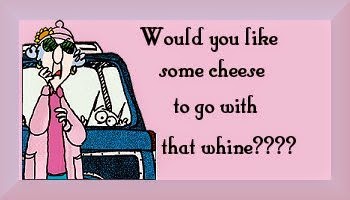 Email ThisBlogThis!Share to TwitterShare to FacebookShare to Pinterest
Labels: Media, Organizing vs activism