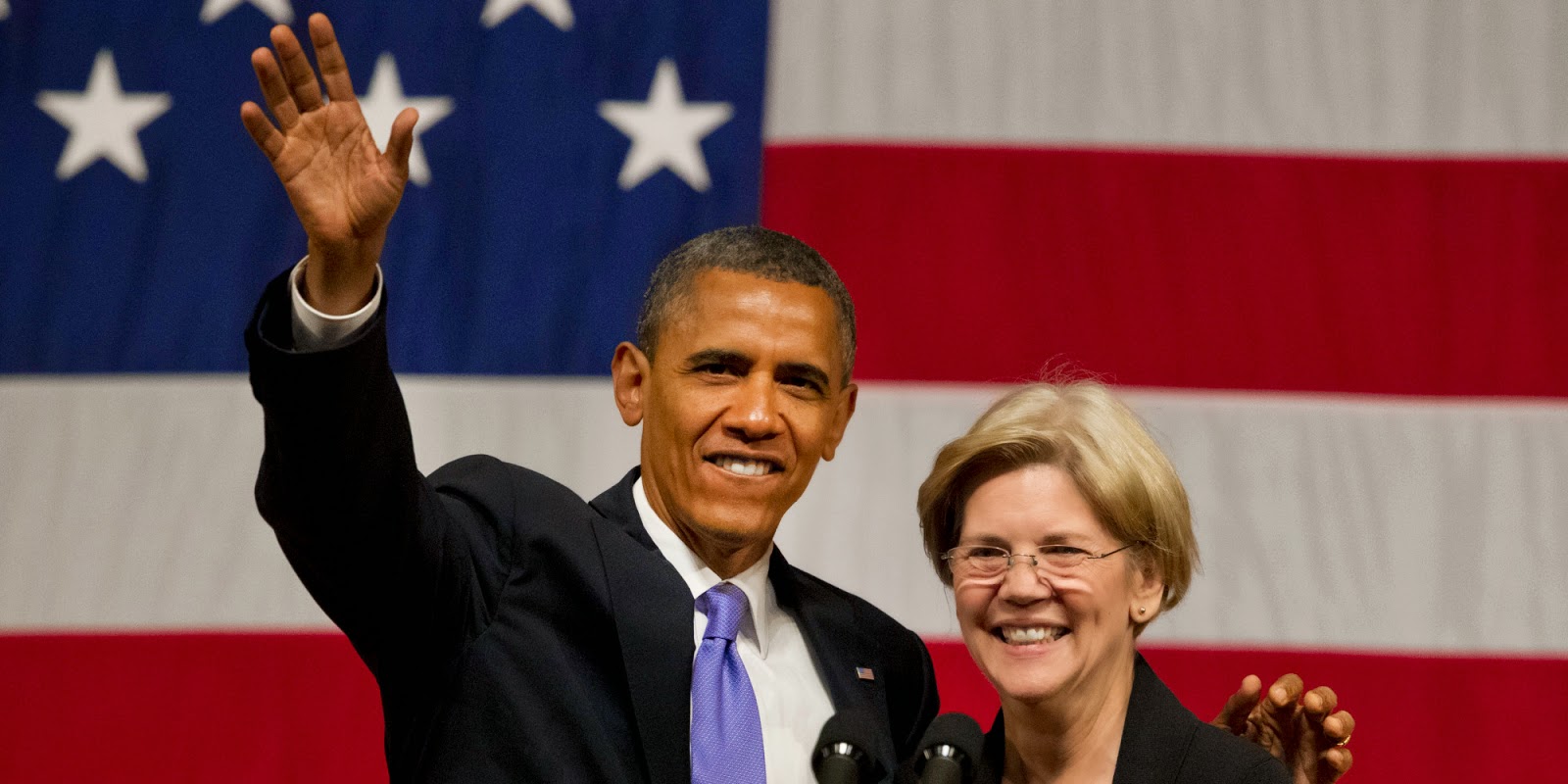 Anyone who reads here regularly knows that I respect BooMan's political analysis a lot. I quote/link to him all the time. But I have to take major exception with something he recently wrote titled: Only Class Warfare Can Save the Country. I've been pondering my reaction to that post (and this one) for a while now. You can see the results of that here and here.

When BooMan singled out Sen. Elizabeth Warren's post-election op-ed piece as an example of how this class warfare would be engaged, I began to ask myself how her rhetoric and solutions differed from what President Obama has been saying for some time now. The President doesn't tend to talk in terms of "class warfare" (although, neither does Sen. Warren). But, as I've pointed out before, since his announcement to run for president, he has consistently called income inequality "the defining issue of our time."

In order to answer the question about differences, I went back to the speech President Obama made in Osawatomie, KS about the economy. But before we even get to comparing the specifics, please note that BooMan's prescription for class warfare is based on the idea that it is the one way the Democratic Party can regain any appeal to southern white voters. The truth is that there is not that much of a difference between what Sen. Warren and President Obama prescribe. But there is one GLARING difference for southern white voters in the messenger - as opposed the the message. In case you hadn't noticed...Barack Obama is black. What looms large over BooMan's analysis - but is never actually spoken - is that perhaps southern white voters will hear it from a white woman. That assumption alone sends up all kinds of red flags for me.

As I've already said, there's not much difference between what Sen. Warren and President Obama prescribe. But there are a couple of glaring differences in how their messages are framed. For example: Senator Warren says this:


It’s not about big government or small government. It’s not the size of government that worries people; rather it’s deep-down concern over who government works for. People are ready to work, ready to do their part, ready to fight for their futures and their kids’ futures, but they see a government that bows and scrapes for big corporations, big banks, big oil companies and big political donors — and they know this government does not work for them.

While President Obama talks a lot about holding big corporations accountable, there is a reason why he went to Osawatomie to make that speech. Its the town where, 100 years ago, Republican President Teddy Roosevelt gave a speech about a "New Nationalism." Over and over again, President Obama noted that the ideas both he and Sen. Warren are espousing have been embedded in the fabric of this country.

If we paid attention to our history, we'd know that it was the success of the Southern Strategy that convinced working class whites that "this government does not work for them." Sen. Warren affirms that message and President Obama suggests that we can reclaim the value of working together for the common good.

But perhaps even more importantly, there's a reason why BooMan calls it class "warfare." That indicates there is an "us vs them" battle to be engaged. Here's how that sounds from Sen. Warren:


At this very minute, lobbyists and lawyers are lining up by the thousands to push for new laws — laws that will help their rich and powerful clients get richer and more powerful. Hoping to catch a wave of dealmaking, these lobbyists and lawyers — and their well-heeled clients — are looking for the chance to rig the game just a little more. But the lobbyists’ agenda is not America’s agenda.

Once again, President Obama tells the people in Osawatomie why he wanted to invoke Teddy Roosevelt.


“We are all Americans,” Teddy Roosevelt told them that day. “Our common interests are as broad as the continent.” In the final years of his life, Roosevelt took that same message all across this country, from tiny Osawatomie to the heart of New York City, believing that no matter where he went, no matter who he was talking to, everybody would benefit from a country in which everyone gets a fair chance.

And well into our third century as a nation, we have grown and we’ve changed in many ways since Roosevelt’s time. The world is faster and the playing field is larger and the challenges are more complex. But what hasn’t changed -- what can never change -- are the values that got us this far. We still have a stake in each other’s success. We still believe that this should be a place where you can make it if you try. And we still believe, in the words of the man who called for a New Nationalism all those years ago, “The fundamental rule of our national life,” he said, “the rule which underlies all others -- is that, on the whole, and in the long run, we shall go up or down together.”

I don't know about you, but I'm sick and tired of wars - whether they be in the Middle East or here at home. But more than that, what message do you think would be more effective in taking us beyond the divisions created by the Southern Strategy? Pretty interesting to me that its probably the black guy's.
Posted by Nancy LeTourneau