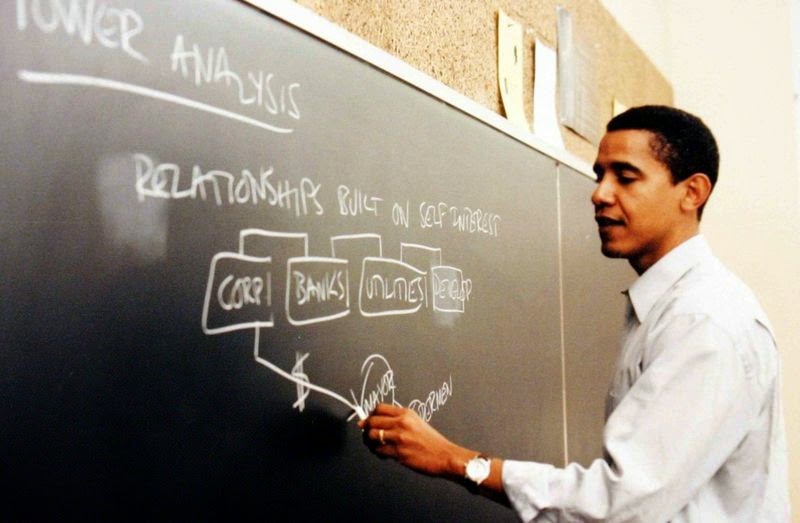 Over the last six years what I've noticed is that when President Obama succeeds, pundits have tended to call him "lucky" and when he fails, they call him "naive." I've found both labels to not only be wrong, but offensive - based on how intelligent this President happens to be.

As a result, I've looked a little deeper into what his strategies might be. We all know that as a lawyer in Chicago, Barack Obama taught classes on power and conflict. From a pragmatic point of view, he's obviously thought more deeply about those topics than your average political pundit. So whether he succeeds or fails in his exploration of "the viability of politics to make change" (how Michelle Obama described his foray into politics), I've found it fascinating to assume his intelligence and try to understand what he's up to.

This column from Paul Waldman is one of the first I've seen in a very long time that goes a little bit deeper to assume President Obama knows what he's doing. In it, Waldman is exploring the possibility that Republicans will actually try to impeach the President over his upcoming executive action on immigration - even though their leadership knows it will come back to haunt them.


They [Republican leadership] really would be super-mad, not least because it would highlight their own impotence. In that state, they might well do something rash...And they'll be getting plenty of encouragement from the conservative media, for whom impeachment would be a ratings bonanza.

Barack Obama knows all this, of course. He obviously feels that the particular immigration steps he's contemplating are the right thing to do, and he understands that Republicans are never, ever going to pass a comprehensive reform bill that would be remotely acceptable to him. But he also knows that taking executive action will drive them batty, making some kind of emotional outburst on their part more likely. Which would end up being good for him and bad for them.

Whether you agree with Waldman's predictions or not, at least he is giving President Obama credit for knowing what he's doing. In other words, regardless of the outcome, Waldman is acknowledging that this President is neither lucky nor naive...just intelligent enough to have a strategy.
at November 15, 2014