I've had a long-running feud with Chipsticks about whether President Obama is a jock or a geek (nerd). Evidently the verdict is in.

That’s at least according to John Holdren, Obama’s chief adviser on science and technology. In an NPR interview reported by The Hill, Holdren said he believes Obama is the “most science-aware president since Thomas Jefferson.”

So...its Nancy for the WIN!!! But don't worry Chipsticks, I won't rub it in too much. 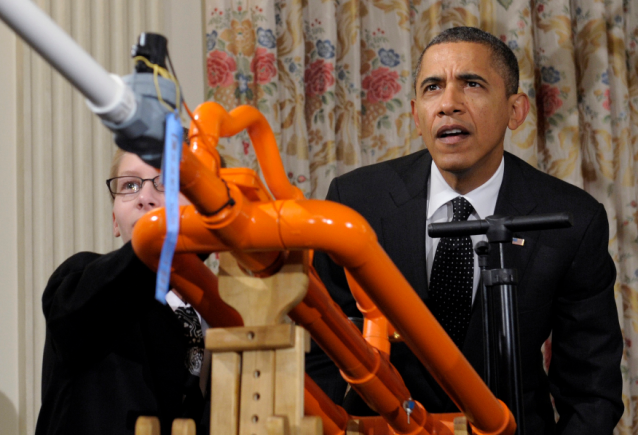