Here is the closing paragraph of the book:


Obama had kept a wall of heroes at the Hart Senate Office Building down the street: a portrait of Gandhi at his spinning wheel; Thurgood Marshall in his judicial robes; Nelson Mandela reclining in a gold armchair, his cane at his side; Martin Luther King, Jr. at the microphone; Alexander Gardner's photograph of a war-weary Lincoln. Obama also displayed a framed cover of Life magazine from March, 1965; it showed a long line of demonstrators, led by John Lewis, about to confront the Alabama state troopers at the Edmund Pettus Bridge. Lewis had signed and framed the cover and had given it to Obama as a gift. Now, at the luncheon following the swearing-in ceremony, Lewis approached Obama with a sheet of paper and, to mark the occasion, he asked him to sign it. The forty-fourth President of the United States wrote, "Because of you, John. Barack Obama." 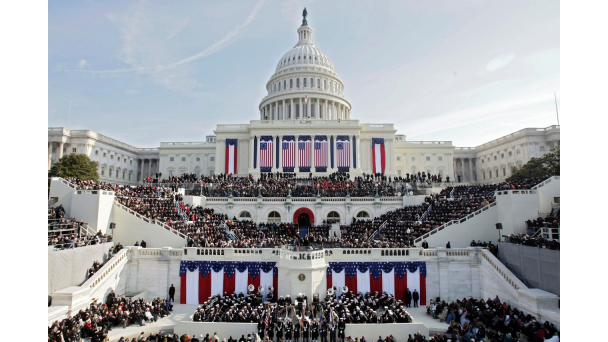