The Racial Divide: Intent vs Impact

Here is some of the data contained in the Justice Department's report on their investigation of the Ferguson Police Department. 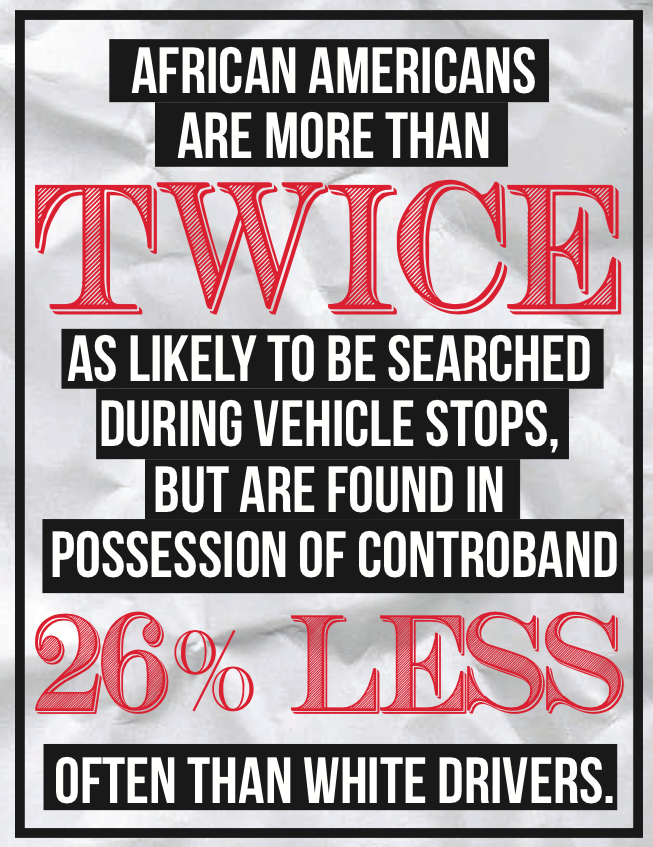 For many of us, that kind of data presents a fairly clear picture of racism. I say "many of us" because it doesn't convince everyone. In this country right now there are two different views about how to identify racism. In a case like the Ferguson Police Department, one view focuses on whether or not officers intended to be racist in their actions. The other view isn't so concerned about the intentions of officers, but focuses instead on the impact of their actions on people of color in the community.

The victories of the Civil Rights era codified that intentional racism was both illegal and socially unacceptable. But in a 1971 Supreme Court Case involving employment discrimination, Chief Justice Burger (writing for the majority) said that is not enough.


...good intent or absence of discriminatory intent does not redeem employment procedures or testing mechanisms that operate as "built-in headwinds" for minority groups and are unrelated to measuring job capability.

That decision codified "disparate impact" as discriminatory, and therefore illegal.


Disparate impact refers to policies, practices, rules, or other systems that appear to be neutral, but result in a disproportionate impact on protected groups.

The fault line indicating whether as a country we go forward on civil rights or backwards is the assault currently being waged on this issue. For example, Heather MacDonald responded to DOJ's report on the Ferguson Police Department with an article in National Review titled: Holder's Damaging "Disparate Impact" Gambit. She actually does a fairly good job of defining the issue:


Justice’s Ferguson report allegedly will rest on a “disparate impact” analysis of Ferguson’s police practices. Disparate-impact analysis obviates the need to find intentional discrimination in a civil-rights case; a policy or practice can be wholly color-blind, but if, in its application, it falls more heavily on a particular racial group, it is illegal under certain federal regulations.

MacDonald's claim is that the statistics cited in the charts above do not prove disparate impact because they might be the result of "color-blind" application of the law. To make that claim, she has to go so far as to suggest that even the disproportionate number of traffic stops of African Americans is because "black drivers violate traffic laws at a higher rate than whites do." Oh my!!!

All I can say is that the capacity of white people to avoid confronting the reality of racism knows no bounds. Since they never "intend" to be racist, even data that shows the "impact" of racism must be blamed on people of color and their (innate/cultural???) deficiencies.

But Ms. MacDonald is not alone in her attempt to discard the standard of disparate impact. As many have noted, this seems to be a priority for Chief Justice John Roberts - who has already dismantled much of the Voting Rights Act with his embrace of "color-blindness." As long as the Chief Justice of the United States Supreme Court thinks that racism only happens when white people "see" color and intend to be racist, the civil rights of people of color in this country are legally threatened...and the struggle continues.

Along those lines, Jay Smooth has put out another great video. This time he warns us not to compare the civil rights victories of the past that were aimed at changing specifically racist laws to the ongoing struggle of what Martin Luther King, Jr. called the "post-civil rights era."