What Do Iranian Dissidents Think of the Nuclear Deal 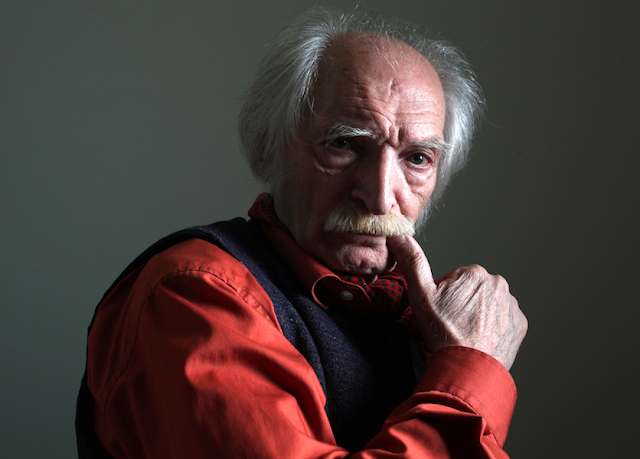 "If we reach an agreement, good opportunities will definitely develop, and we can demand our rights as human beings," says Iranian author Mahmoud Dolatabadi. (International Campaign for Human Rights in Iran)

I can't think of a group who's opinion about the Iran nuclear deal is more important than the dissidents who have been fighting the regime in their own country. Based on a report from the International Campaign for Human Rights in Iran titled: High Hopes, Tempered Expectations: Views from Iran on the Nuclear Negotiations, Danny Postel provides this summary:


61 percent of the respondents [most of whom have been political prisoners] believe that reaching a deal on the nuclear issue “should facilitate progress toward greater rights and liberties” and that “the nation’s attention, previously monopolized by the negotiations, could now turn to critical domestic issues, among them, the state of basic freedoms in Iran,” according to the International Campaign for Human Rights in Iran.


“Social hopelessness would increase drastically [if the agreement fell through]. People would once again lose their motivation for reforms. … The failure of the negotiations would equal the failure of moderates and the strengthening of the radical camp. … The atmosphere for cultural activities and journalism would become tremendously more difficult. … [A] continuation of sanctions would place the country in a defensive mode … [and] the domestic security organs would increasingly pressure the media and journalists in order to silence any voices of dissent.”

— a journalist in Tehran and former political prisoner (anonymous)

Republicans are fond of criticizing President Obama for not doing more to support the dissidents in Iran. Next time one of them talks about how horrible this agreement is, it would be nice if some journalists were armed with this information and asked them about it.
Posted by Nancy LeTourneau