Why I Could Stop Screaming 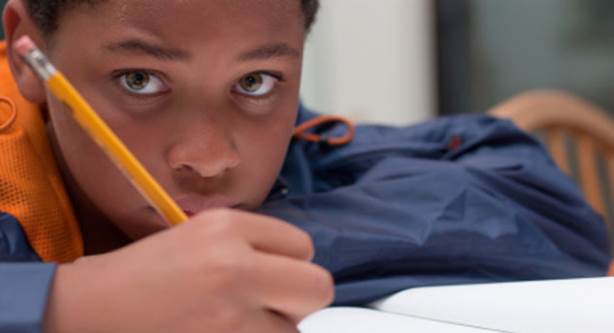 Ten years ago I was running a nonprofit organization that focused on keeping young people out of the criminal justice system. At the time we were screaming (not literally, of course) - trying to get someone to notice that a huge contributor to both educational disparities for students of color and their over-representation in the juvenile justice system was the rate at which they were being suspended from school. No one was listening.

Little did I know at the time that the Bush administration had stopped collecting data on racial disparities in our public schools. There wasn't much push-back to that. It was simply a matter of "what we don't see doesn't exist."

The Obama administration pretty quickly changed that. The Civil Rights Office in the Department of Education began collecting the data again. And the picture wasn't pretty.


One in five black boys and more than one in 10 black girls received an out-of-school suspension. Over all, black students were three and a half times as likely to be suspended or expelled than their white peers.

Armed with that information, the Departments of Education and Justice set out to do something about it. For example, DoE's Civil Rights Division began investigating school districts with significant disparities in their school discipline practices. And DoJ filed suit against the district in Meridian, MS for some of the most egregious practices in the country - leading to a consent decree.

Subsequently, the Departments of Education and Justice released guidelines to school districts on how to end the school-to-prison pipeline. Attorney General Holder summed up the problem this way:


"Ordinary troublemaking can sometimes provoke responses that are overly severe, including out of school suspensions, expulsions and even referral to law enforcement and then you end up with kids that end up in police precincts instead of the principal's office," Holder said in a statement.

Finally we could stop screaming...someone (the U.S. Attorney General no less) noticed! Since then, there has been a lot of talk about the school-to-prison pipeline. There was even a Senate hearing on the topic.

Reforms such as these are pain-stakingly slow because - like law enforcement and criminal justice reform - the bulk of the responsibility lies with local governments. But if, over the last few years, you've heard stories at either the national or local level about how school suspensions contribute to educational disparities, that is likely a result of the fact that the federal government has gotten active in both collecting the data and pressing for change.

These are the kinds of things I think about when Michael Eric Dyson says:


Obama will undoubtedly go down as one of the most important presidents in our nation’s history. But his accomplishments on race will not be what gain him that distinction.

As someone who worked in the trenches for years on an issue that was upending the lives of countless black and brown students on a daily basis, I disagree. This is but one area where the Obama administration has helped ignite just the kind of change we all hoped for.
Posted by Nancy LeTourneau