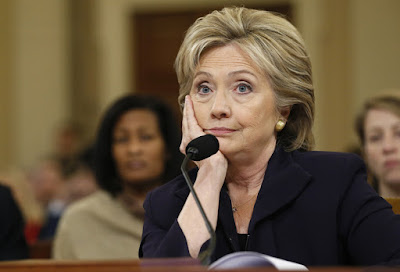 You might remember that last summer, the New York Times had to retract major parts of a story about the so-called "Clinton email scandal" because leaks that were provided to them (most likely from Republican lawmakers) turned out to be completely false.

I guess the Washington Post didn't get the memo on how to be careful about what you print from unreliable sources. That's because on Sunday they published a lengthy piece by Robert O'Harrow on the roots of this "scandal." By all accounts, it didn't cover much new ground. But there was one line that became the focus of a lot of headlines.


One hundred forty-seven FBI agents have been deployed to run down leads, according to a lawmaker briefed by FBI Director James B. Comey.

To get a sense of how big that part of the story became, google "Clinton email 147 FBI agents" and you'll find the myriad of stories it produced.

And yet, much like the NYT learned, it turns out that the leaker was not reliable and the Washington Post had to print this correction.


An earlier version of this article reported that 147 FBI agents had been detailed to the investigation, according to a lawmaker briefed by FBI Director James B. Comey. Two U.S. law enforcement officials have since told The Washington Post that figure is too high. The FBI will not provide an exact figure, but the officials say the number of FBI personnel involved is fewer than 50.

In case you are tempted to assume that "fewer than 50" means 49, a source told Ari Melber that "there are currently about 12 FBI agents working full-time on the case."

I don't think that a tin-foil hat is required in order to figure out what's going on here. Republicans are leaking lies to the press about this story - knowing full well that the old adage is sure to hold: "A lie can travel halfway around the world while the truth is putting on its shoes."

One has to wonder how long it will take for the media to figure out they're getting played.
Posted by Nancy LeTourneau