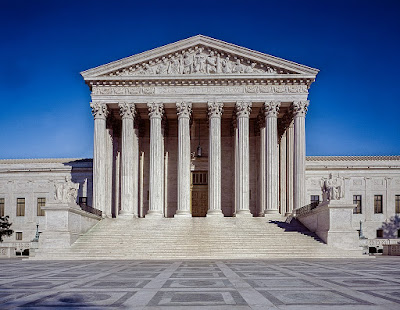 According to John Cheves, a reporter with The Lexington Herald-Leader, when Senate Majority Leader Mitch McConnell taught a college course on politics back in the 1970s, he identified the three things you need to succeed in politics: money, money, and money. Over the course of his 35-year Senate career, McConnell hasn’t simply blocked attempts to reform the campaign finance system, he’s actually argued for more money in politics. Perhaps the crowning glory of his efforts was the 2010 Supreme Court decision in Citizens United v FEC, which allowed the flow of unlimited dark money into politics.

But when it comes to congressional elections, McConnell’s efforts aren’t producing what he expected, as journalists James Larkin and Elena Schnieder noted in Politico about the “green tsunami” Democrats are building via small donor contributions online. According to an article in the New York Times, McConnell recognized this when, during a phone call with lobbyists this week, he “vented that the party’s Senate candidates are being financially overwhelmed because of small-dollar contributions to ActBlue.”

Not to be deterred, McConnell has switched gears. As I’ve written previously, he is now content to neuter the Senate and empower the courts to legislate from the bench. That is why, over the last few years, he has touted stacking the courts with conservatives as the most consequential accomplishment of his political career. In an interview with Sean Hannity last year, McConnell even gave his efforts a name, calling them the “Judicial Project.”

That is the context for an extraordinary presentation by Sen. Sheldon Whitehouse at the confirmation hearings for Amy Coney Barrett on Tuesday. Majority Leader McConnell is the legislative arm for a scheme the Democrat from Rhode Island outlined. Dark money is pulling the strings of the puppet show being played out in front of the Senate Judiciary Committee this week, said Whitehouse, a former prosecutor.

Whitehouse charged three groups with leading this scheme. The first is the Federalist Society, which selects conservative candidates for Republican court nominations. The second is the Judicial Crisis Network, which mounts a public relations effort on behalf of the nominees. Finally, a group of “legal” organizations—like the Pacific Legal Foundation—bring cases and orchestrate a chorus of amicus briefs to tell the courts what to do.

These aren’t three separate groups, but one scheme pulling the strings behind the scene, which was demonstrated when Leonard Leo gave up leadership of the Federalist Society and Carrie Sevarino, who had previously been in charge of the Judicial Crisis Network, easily took his place. But what ties these efforts together, Whitehous explained, are the same sources of dark money that fund their activities. It comes from conservative benefactor organizations like the Bradley Foundation and something called the Donor Trust Fund, which the 64-year-old Yale Law grad described as a “gigantic identity scrubbing device for the right wing.”

This network of dark money is the same one that Washington Post reporters Robert O’Harrow and Shawn Boberg found when investigating the Federalist Society’s Leo. They were able to identify an interlocking system of nonprofits Leo had set up to funnel over $250 million in dark money aimed at efforts to “remake the nation’s courts.”

Whitehouse ended his presentation by addressing what these dark money donors want from the court in return for their investment. While it’s true that someone like Barrett was nominated to overturn the Affordable Care Act, Roe v Wade, and Obergfell v Hodges, that is hardly the only agenda. Whitehouse reviewed 80 Supreme Court cases since John Roberts became the Chief Justice that had these things in common:

In every case the Republican donor interest prevailed. All of those cases were about power, explained Whitehouse, noting that they generally fit into four categories.

Sen. Whitehouse shared his fellow Democrats' anger that Republicans are hypocritically rushing through Barrett’s  confirmation days before the election after refusing to even hold hearings when Obama nominated Merrick Garland 10 months before the 2016 balloting. “My experience around politics is that when you find hypocrisy in the daylight, look for power in the shadows,” Whitehouse said. Dark money interests are lurking in the shadows, exploiting the Supreme Court to maintain their power. Amy Coney Barrett is simply their latest tool to do so.