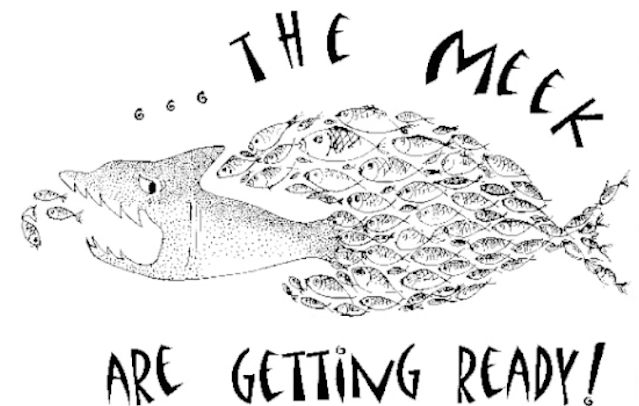 I have to admit to a pretty heavy dose of schadenfreude when I got to this paragraph in an article about how Trump's campaign is struggling in the Sun Belt.

On Thursday, in a conference call with a group of lobbyists, Mr. McConnell vented that the party’s Senate candidates are being financially overwhelmed because of small-dollar contributions to ActBlue, the online liberal fund-raising hub.

McConnell is, after all, more responsible than anyone else for the corrupting role of big money in politics.

But then the news just kept getting better and better. First there was this:

Harrison isn't the only one.

Momentum is on our side coming into these final days of the election. We're pretty darn excited. #KSSEN https://t.co/3JrQg4Wegc 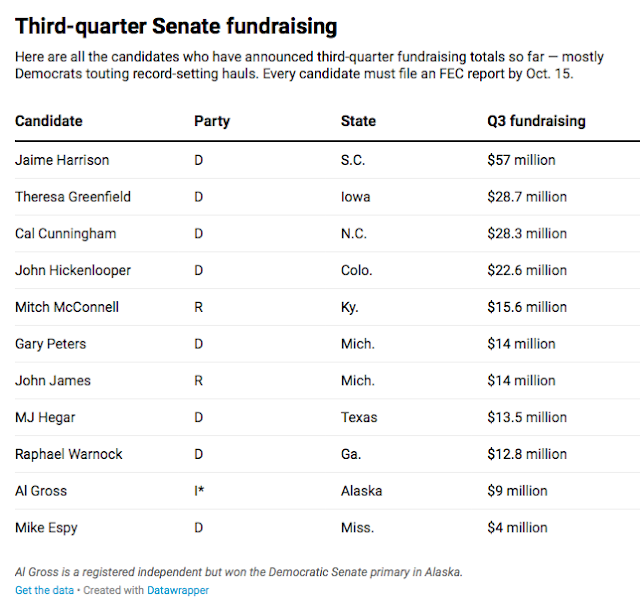 The online fundraising edge that Democrats have enjoyed for years has mushroomed into an overpowering force, with small-dollar donors smashing “donate” buttons over the last three months to process their disgust for President Donald Trump, fury with Senate Majority Leader Mitch McConnell and grief for the late Justice Ruth Bader Ginsburg...

Josh Holmes, a top McConnell adviser, said every news development activates Democrats’ donor base and “their default is to give $5 every time something angers them.”

So every time right wingers think that Trump has "owned a lib," what Democrats do is head to ActBlue and donate more money. Keep it up, folks!

What do Republicans do in response to all of that? They continue to go back to the same well over and over again.

Last month, Republicans were lifted by the news that Sheldon and Miriam Adelson had upped their contribution to Senate Leadership Fund, the super PAC aligned with the Senate GOP, to a whopping $50 million for the year.

In light of all of this, I'd like to dedicate this song to the Adelsons, the Kochs, the Mercers, and all the rest of McConnell's big donor buddies.