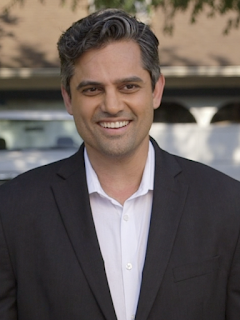 One year ago, Rep. Cheri Bustos, Chair of the Democratic Congressional Campaign Committee, declared that “Texas is ground zero in 2020.” She was referring to the fact that five House Republicans had announced their retirement following narrow wins in 2018, a phenomenon that became known as “Texodus.” As a result, Democrats targeted their districts to fip in 2020.

The forecast model at FiveThirtyEight gives Democrats a 95 in 100 chance of maintaining control of the House, which is why most of the attention has been on whether Republicans can hold onto their Senate majority. The comments from Bustos, however, indicate that Democrats are actually working on adding members to their ranks in the House—and the one state where that is likely to happen, interestingly enough, is Texas.

One of the districts that is being targeted by Democrats is Texas’s 22nd, which covers the south and southwestern suburbs of Houston. From the late 70s to the mid-80s the district chose Libertarian Ron Paul to represent them. When he decided to run for the Senate, Tom DeLay was elected and eventually became Speaker of the House. In 2008, when DeLay resigned due to his involvement in the Jack Abramoff campaign finance scandal, Pete Olson was elected to represent the district and has held the seat since then. That explains why the Cook Political Report rates this district as R+10.

Olson announced his retirement back in July 2019 with the usual bromide about wanting to spend more time with his family. But that decision came on the heels of winning reelection by only five points in 2018, after cruising to victory by 20-30 points in previous elections. What is happening in Texas’s 22nd congressional district encapsulates what is going wrong for Republicans in the Lonestar State.

Fort Bend County is at the heart of the 22nd district and ranks as number ten on the list of fastest growing counties in the country, doubling its population since 2000. With that growth has come diversity. Non-Hispanic whites make up only 32 percent of residents of Fort Bend County, while Hispanics make up about 25 percent, and African Americans 22 percent. But Asian Americans are actually the fastest growing demographic group in Texas and make up about 20 percent of the residents of Fort Bend County.

According to analysis from Wall St. 24/7, Fort Bend is the wealthiest county in Texas, with a median household income of $93,645. Approxinately 46 percent of county residents have obtained at least a bachelor’s degree.

What we have then, in the 22nd district, is a suburban community in a major metropolitan area with a growing population that is increasingly diverse, wealthy, and college educated. As Robert Draper wrote at the Texas Monthly, that is why “the GOP is facing a historical reckoning.”

What has kept Republicans in power is a dominant hold on a proportionately shrinking demographic: non-Hispanic white voters. Yet even that grip has become tenuous, for two reasons. First, the state GOP has maximized its rural turnout—there are few if any voters left to get. Second, and more important, the party is now struggling in the suburbs...“Even more than the robust growth in eligible Hispanic, Black, and Asian American voters, the bigger driver of change in Texas is the migration [in the political views] of professional whites in the suburbs, particularly women,” Cook Political Report congressional analyst David Wasserman told me.

The Republican candidate in Texas’s 22nd district is Fort Bend Sheriff Troy Nehls. Defining his candidacy is difficult because, during a primary against 14 other Republicans, he declared that he would “stand with President Trump to defeat the socialist Democrats, build the wall, drain the swamp, and deliver on pro-economy and pro-America policies.” But two days after he became the Republican nominee, the “Standing with President Trump” page on his web site was removed. Now Nehls is running as a moderate who has prioritized the protection of energy jobs and criminal justice reform.

Sri Preston Kulkarni, the Democrat in the race, left his career in the U.S. Foreign Service to run for Congress. His father is an Indian American who taught creative writing at Rice University and his mother, who worked at Exxon as a system analyst, is a direct descendant of Sam Houston’s grandfather.

Kulkarni is running on a platform to expand the Affordable Care Act, invest in renewable energy sources, and pass common sense gun safety measures. But what makes his candidacy unique is that he is reaching out to voters in 27 different languages. Kulkarni himself speaks six fluently, including Hindi, Chinese, and Spanish. The candidate says that “seventy-two percent of the [Asian-American voters] we reached out to had never been called by either a Republican or a Democrat—and they’re the fastest-growing group in Texas.”

The race in Texas’s 22nd congressional district is listed as a toss-up by Cook Political Report. But heading into the home stretch, Kulkarni has a massive edge over Nehls in fundraising. According to Open Secrets, the Democrat has raised $4.5 million to the Republican’s $1.3 million.

There is obviously something unparalleled going on in Texas, a state that has typically exhibited abysmal rates of voter turnout. First of all, the number of registered voters in the state has increased by 1.9 million since 2016—an increase of 11 percent. Secondly, as of Sunday, over 4 million Texans have already voted. According to Dan Solomon at the Texas Monthly, “the counties that have seen the biggest spike in turnout are suburban ones with populations of less than a million.” Fort Bend County in the 22nd district fits that description perfectly.

This is clearly a race to keep an eye on. It is very possible that a Democrat could win the House seat that was once occupied by Ron Paul and Tom DeLay. There is no better example of the dramatic change that is underway in Texas.