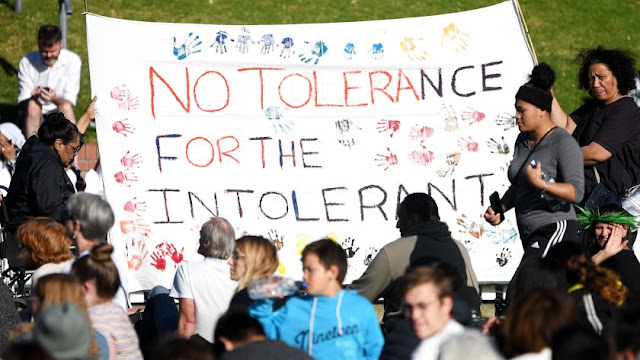 Now that Trump's impeachment trial is over, we can expect right-wing media to go back to fear-mongering about President Biden's immigration plan—which includes a pathway to citizenship for undocumented immigrants.

As the debate heats up, one of the issues we'll face is that national media organizations continue to quote anti-immigrant extremists groups in their coverage, as Courtney Hagel documented.

In their coverage of the plans, some national and media outlets have irresponsibly turned to the Federation for American Immigration Reform (FAIR) and the Center for Immigration Studies (CIS), two extremist organizations that the Southern Poverty Law Center deems hate groups. Both organizations were founded by John Tanton, a white nationalist and eugenicist who created a network of anti-immigrant groups and has expressed an explicit desire to keep the U.S. a majority-white country through limiting immigration...[W]hile CIS claims to be “pro-immigrant,” the think tank has a decades long history of circulating white nationalist, anti-immigrant, and anti-Semitic writers in its newsletters, and the organization has been repeatedly called out for its extremism.

We can now add the Washington Monthly to the list of news organizations that have relied on misinformation from the Center for Immigration Studies. They have published an article by Elaine Shannon titled, "Hope and Chaos on the Border." Here's the opening:

U.S. Customs and Border Protection officials reported Thursday that they had expelled, detained, or arrested 78,323 migrants last month, up six percent from December and more than double the number in January 2020. Nearly 6,000 of the migrants intercepted by border officers trying to slip the border last month were unaccompanied children.

“It looks like we’re at the beginning of a bona fide migrant crisis like 2019,” said Todd Bensman, an Austin-based senior national security fellow with the conservative Center for Immigration Studies.

The lead-up to quoting Bensman from CIS about a "migrant crisis" is to present numbers from U.S. Customs and Border Protection. So it's important to take a look at those. Shannon uses the numbers for January because that is the last month for which they are available. But keep in mind that Biden was only president for the last eleven days of that month. That negates the tag line to her piece, which reads: "Since Biden has become president, there’s been a surge of migrants trying to enter America." But its even worse than that. The trend line for an upsurge in border contacts started last April, as this chart demonstrates. 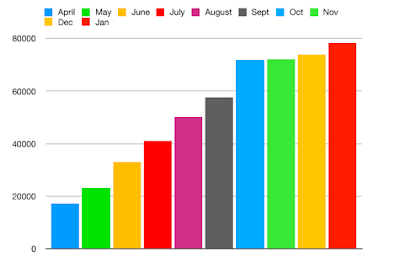 But the numbers shared in Shannon's piece are deceptive for another reason, as Julia Ainsley reports:

[I]n the past increases in immigration have occurred around U.S. elections and transitions of power. There was a spike in migration in late 2016 and early 2017, just before Trump took office, and caravans from Central America arrived in southern California in 2018, around the mid-term elections.

Nevertheless, according to Bensman, this is all part of something he refers to as the "Biden effect" because "nearly all the migrants he has interviewed along the routes from Central America and Mexico were ecstatic about the president’s campaign promises to reform the U.S. immigration system." That is what passes for investigative reporting on the part of CIS staff, I guess.
Shannon actually quotes Bensman several more times, including his warnings about terrorists from Iran crossing the southern border and an influx of drugs like fentanyl. She goes on to predict that "one indirect consequence of the migrant surge may be spiraling overdose deaths."
All of this sounds like a segment you might hear on Tucker Carlson's show. That's what happens when you give anti-immigrant extremists a platform. They give you lies and fear-mongering. We get enough of that from right-wing sites.
at February 16, 2021