It's Not Refugees Who Created a Crisis on Our Southern Border, but a Broken Asylum System 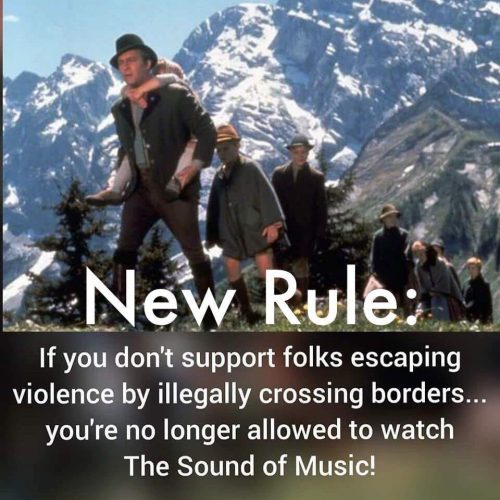 According to some people in the media, the problem with what is currently happening on our southern border boils down to whether or not the Biden administration refers to it as a "crisis."  That is an abject failure of reporting and only feeds the ignorance too many of us have about an issue that is extremely complex. I do, however, tend to agree with Rep. Julián Castro.

The US has 329 million people in it. We are not being overrun by 14,000 unaccompanied migrant children in government custody. Stop it with the “border crisis” label.

They must be treated humanely and placed with their host families as quickly as possible.

One of the reasons Republicans have been successful in convincing the media to cover this as a "crisis" is that we've all bought into the idea that immigration is a problem to be solved. That is despite the fact that, as Pedro Gerson notes, "by now we have plenty of evidence that, at least in the U.S., migration is an economic and social boon: Immigrants contribute greatly to many high-value industries and have no negative impacts on labor markets (in fact it’s probably the opposite) or crime rates. I encourage you to click through those links. They report data that has escaped most of the current reporting on the subject.

The other problem with reporting on this situation—especially among right wing media and commentators—is that the distinction is rarely made between "illegal" immigrants and asylum seekers. The latter are not breaking any laws, but are merely seeking to enter the U.S. as refugees. As one woman living in a tent city in Tijuana told Jack Herrera, "We are waiting patiently; we want to cross the right way and obey all orders."

The reason why the Biden administration insists that they are doing their best to clean up the mess Trump left is that the previous administration basically shut down the legal process for seeking asylum in this country. In addition, Biden's predecessor implemented a "Remain in Mexico" policy that required all asylum seekers to wait in that country while their claims were adjudicated. Then in March, when the pandemic hit, Trump expelled every asylum seeker to Mexico. As a result, thousands of migrants have been trying to survive in refugee camps on the other side of the border. In terms of changes the Biden administration has made, they ended the "Remain in Mexico" policy, but have continued to expel single adult and family migrants, while accepting unaccompanied children.

As a result, Herrera reports that families living in the refugee camps in Mexico are facing the excruciating decision of whether to send their children to the border unaccompanied.

Soraya Vasquez, subdirector of Al Otro Lado, the largest legal aid organization in Tijuana, says that from what she’s seen in the shelters and across the city, the number of children recently arriving to Northern Mexico by themselves has not spiked significantly. As for the increase in minors crossing the border into the U.S., “I don’t think it’s kids arriving by themselves” she says. “Kids are arriving with their families, and then they’re crossing by themselves.”

The process of what to do with families of asylum seekers was heightened with the surge of migrants from the Northern Triangle in 2014. Due to U.S. law, children can't be detained in jail-like facilities, but must be remitted to the custody of DHS, which places children in the care of a family member in the U.S., a foster home or an Office of Refugee Resettlement shelter while they waited for their cases to be adjudicated. That is the loophole the Trump administration exploited to separate children from their families. Parents were criminally prosecuted and remained in jail awaiting the courts, while children were turned over to DHS.

Under the program, families who passed a credible fear interview and were determined to be good candidates for a less-secure form of release...were given a caseworker who helped educate them on their rights and responsibilities. The caseworker also helped families settle in, assisting with things like accessing medical care and attorneys, while also making sure their charges made it to court.

From January 2016 until the Trump administration shut it down in April 2017, the program served more than 630 families at a cost of approximately $36 per day per family. Ninety-nine percent (99%) of the program’s participants successfully attended their court appearances and ICE check-ins. That's what is possible when we treat these families as asylum-seekers rather than criminals who create a "crisis."

Of course, the situation the Biden administration faces is more complex due to the coronavirus pandemic. But it is possible to imagine an asylum system that treats families humanely and doesn't simply pile on more trauma than they've already experienced. The Family Case Management program is a perfect example of how we can do that. But it all starts with recognizing that it is not the refugees who pose the problem. It is our system of dealing with them.