Take a Bow David Simon. You Were Right All Along. 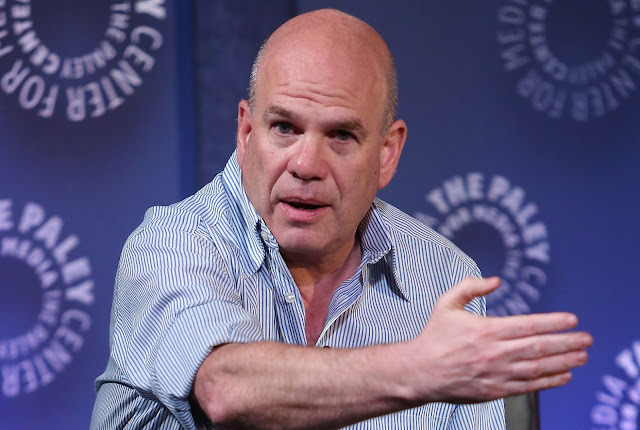 In the third season of David Simon's The Wire, Police Major "Bunny" Colvin reaches a breaking point when one of his officers is shot while trying to buy three small vials of cocaine during an undercover operation. He launched what came to be known as "Hamsterdam" with this speech.

Colvin cordoned off a section of his district where "corner boys" could sell drugs and prostitutes could sell sex without getting arrested. Eventually, they brought in public health specialists to work with the buyers to limit the spread of diseases.
In that fictional world, the result was that violent crime and robberies were reduced significantly in Colvin's district as his officers focused on "real police work." But he kept his methods a secret. Once word got out about what he was doing, the city shut Hamsterdam down.
The reason I'm recalling those episodes of The Wire is that State's Attorney Marilyn Mosby initiated a city-wide replication of Hamsterdam at the start of the coronavirus pandemic. She announced that the city would no longer prosecute drug possession, prostitution, trespassing and other minor charges, to keep people out of jail and limit the spread of the deadly virus. Much like the fictional account, Mosby brought in behavioral health services as an alternative to law enforcement. The results were astounding.

And then crime went down in Baltimore. A lot. While violent crime and homicides skyrocketed in most other big American cities last year, violent crime in Baltimore dropped 20 percent from last March to this month, property crime decreased 36 percent, and there were 13 fewer homicides compared with the previous year. This happened while 39 percent fewer people entered the city’s criminal justice system in the one-year period, and 20 percent fewer people landed in jail after Mosby’s office dismissed more than 1,400 pending cases and tossed out more than 1,400 warrants for nonviolent crimes.

Baltimore Police Commissioner Michael Harrison was completely on board with Mosby's effort.

“The officers told me they did not agree with that paradigm shift,” Harrison said. He said he had to “socialize” both officers and citizens to this new approach. Harrison expected crime to rise. “It did not,” the chief said. “It continued to go down through 2020. As a practitioner, as an academic, I can say there’s a correlation between the fact that we stopped making these arrests and crime did not go up.”

What we can say right now is that there is a "correlation" between these efforts and a reduction in crime because there is no proof of causation. But it is still possible that the data can be developed. On Friday, Mosby announced that she would make her temporary initiative permanent.

“A year ago, we underwent an experiment in Baltimore,” Mosby said in an interview, describing steps she took after consulting with public health and state officials to reduce the public’s exposure to the coronavirus, including not prosecuting nonviolent offenses. “What we learned in that year, and it’s so incredibly exciting, is there’s no public safety value in prosecuting these low-level offenses. These low-level offenses were being, and have been, discriminately enforced against Black and Brown people.

“The era of ‘tough on crime’ prosecutors is over in Baltimore,” Mosby said. “We have to rebuild the community’s trust in the criminal justice system and that’s what we will do, so we can focus on violent crime.” In a city that still struggles with a high homicide rate and gun violence, even with the decline in crime, she said the policy shift will enable more prosecutors to be assigned to homicides and other major cases instead of misdemeanor court.

Take a bow David Simon...you were right all along.