"We Are Not Weak. Somebody Fears Our Unity" 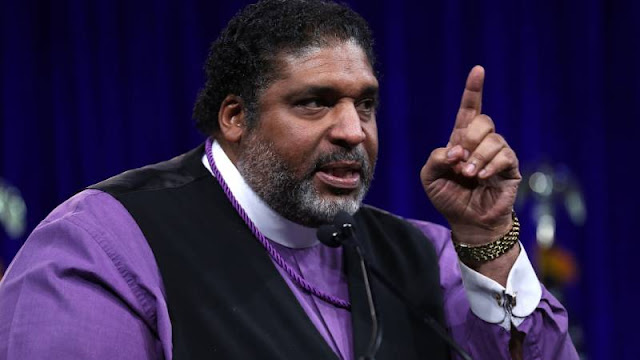 While it can sometimes feel more aspirational than practical, Joe Biden has made "unity" a theme of his presidency. But during his press conference, he affirmed once again that his calls for unity aren't focused on winning bipartisan support from elected Republicans, but on garnering support from Republican voters.
To state the obvious: unity has never been a goal of the Republican Party. Rather than rethink their failed policies and attempt to reach out to a larger pool of voters, they have made it abundantly clear that their plan is to place their bet on anti-democratic initiatives like voter suppression. As Georgia joined the growing list of states attempting to make it harder to vote, I was reminded of a speech Rev. William Barber gave to the United Steelworkers in 2017.

Don’t you understand how afraid they are of our unity? Think about it:
We are not weak. Somebody fears our unity.

Because you don’t cheat somebody that you can [beat] in a fair fight.

Speaking to a group of union workers, Barber reminded them what unity looks like, saying "White workers and black workers and health care and voting rights and immigrant rights, all of those things are interconnected. No more separation. Voting rights is a union issue. Wages is a civil rights issue."

Previously, during a speech at the 2016 Democratic Convention, Barber addressed the ties that bind us.

I say to you tonight, there are some issues that are not Left versus Right, Liberal versus Conservative, they are “right versus wrong.” We need to embrace our deepest moral values and push for a revival of the heart of our democracy.

All of that is a reminder of one of the most profound things Rev. Martin Luther King, Jr. said:

Injustice anywhere is a threat to justice everywhere. We are caught in an inescapable network of mutuality, tied in a single garment of destiny. Whatever affects one directly, affects all indirectly.

That is the kind of unity Republicans fear today. All of the fervor they are unleashing to suppress the vote is an affirmation of its power.