Can we all agree on this one thing: Biden knows exactly what he's doing. 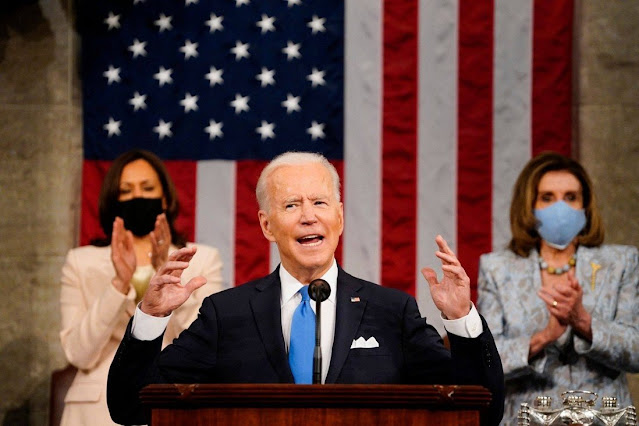 One of the biggest stories of Trump's first 100 days in office was that many his nominees to fill Cabinet positions had spent their previous careers attempting to undermine the work of the department they would go on to lead. That was designed to accomplish the goal Steve Bannon identified during his speech at CPAC: a deconstruction of the administrative state. Between positions left open and those filled by incompetent partisans, those Cabinet nominees did tremendous damage to the functioning of the federal government. For Republicans, that was a feature, not a bug.

That is why, even though Joe Biden wasn't my first choice during the 2020 primaries, I came to realize that his familiarity with what a functioning federal government should look like and the contacts he had developed over the years with competent, experienced people might be exactly what was needed to clean up the mess left by Trump. A functioning federal government might not be something that political pundits like to talk about, but it is critical to building support for a liberal agenda.

As part of their messaging for Biden's first 100 days in office, the White House released a fact sheet demonstrating that Biden is doing exactly what I hoped he would do.

The Biden-Harris Administration put in place its Statutory Cabinet faster than any other Administration since President Reagan. President Biden has also announced his intent to nominate 233 individuals to serve in Senate-confirmed leadership roles across the Executive Branch – more nominees than any past administration has announced by the 100-day mark.

You might remember that, following the 2020 election, the Trump administration attempted to delay and obstruct the Biden transition team. That makes the accomplishment described above even more impressive.

Of course, Biden is doing all of that while assembling the most diverse cabinet in presidential history. As the White House documented, that is also true of the positions that don't require Senate confirmation.

[T]he White House Office of Presidential Personnel has hired nearly 1,500 presidential appointees to serve in key agency positions that do not require Senate confirmation – double the number of appointees hired by any prior administration by the 100-day mark. And, consistent with President Biden’s commitment to leveraging the talent, creativity, and expertise of the American people to build an Administration that looks like America, more than half of all Biden appointees are women, and half identify as non-white – numbers that set a new bar for future Administrations.

We can see the results of those efforts at the Department of Justice. Not only has the Civil Rights division opened pattern or practice investigations into the Minneapolis and Louisville police departments, they plan to ask a grand jury to indict Chauvin and the other three ex-officers involved in George Floyd's killing on charges of civil rights violations. On Wednesday, they also announced that the three Georgia men who shot and killed Ahmaud Arbery have been charged with federal hate crimes and attempted kidnapping. In other words, we now have a Justice Department that is operational when it comes to prosecuting civil rights violations.

Of course, in addition to his knowledge of how the federal government is supposed to work, Biden knows Congress better than just about any politician on the scene today. And as Ed Kilgore explains, it's showing.

For all their political gifts, Bill Clinton and Barack Obama — who, lest we forget, both had a much more firmly Democratic Senate and House the first two years of their presidencies — couldn’t come close to the mastery of Congress Biden has exhibited up until now...While Republicans fret about Trump and rage about “cancel culture,” Biden is eating their lunch.

There are plenty of political pundits on the left who assume that it is their job to tell Biden what he should be doing. But while I'm sure that the president will make some mistakes, I will mostly maintain a posture that allows me to watch and report what I see. As I did with a similar posture during Obama's presidency, I suspect that I'll learn a lot.
at April 29, 2021