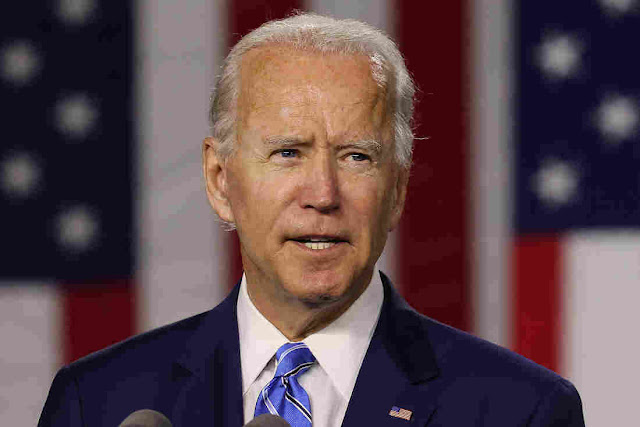 Since the 2020 campaign, Joe Biden has been saying that the U.S. faces four major crises:

Passage of the American Rescue plan was an effort to deal with the first two. And now Biden has turned his attention to infrastructure. We might ask what that has to do with the crises he identified. The title of the bill he introduced is the American Jobs Plan, so obviously infrastructure projects are designed to create jobs and stimulate the economy.
But as introduced, the bill is also a climate change plan. For example:

Biden’s plan lays out a large investment in clean-energy and environmental priorities. The programs include $100 billion to bolster the country’s electric grid and phase out fossil fuels, in part by extending a production tax credit for 10 years that supports renewable energy.

The plan will also replace 50,000 diesel transit vehicles, while switching some 20 percent of the classic yellow school bus fleet to electric engines...

In an effort to transition fossil fuel workers to other jobs, Biden’s plan devotes $16 billion to employing Americans to plug abandoned oil and gas wells and restore land that has been used for coal, hard-rock and uranium mining.

The president has also used it to address racial inequalities.

In addition to dedicated funding for neighborhoods split or splintered by past infrastructure projects, the proposal also includes money for the replacement of lead water pipes that have harmed Black children in cities like Flint, Mich.; the cleanup of environmental hazards that have plagued Hispanic neighborhoods and tribal communities; worker training that would target underserved groups; and funds for home health aides, who are largely women of color.

A theme is emerging in the Biden administration. When it comes to tackling the biggest challenges we face as a country, they are consistently taking a "whole of government" approach. That means that they recognize that these crises aren't individual discrete issues, but are inextricably connected to each other. That is most obvious when we talk about things like environmental justice where climate change and racial inequities overlap. A whole of government approach means that every agency and department of the federal government will be engaged in addressing the four crises we face.

The challenge with this approach is that action and progress on each individual issue can get lost. For example, the title of the infrastructure bill doesn't mention climate change or racial inequality—even though addressing those issues is a major goal.

That is precisely what happened with the 2009 American Recovery Act during Obama's presidency. Other than journalist Michael Grunwald, almost no one noticed that it made the largest single investment in clean energy in history, driving the deployment of clean energy and promoting energy efficiency.

What most impresses me about Biden's approach is that his administration is demonstrating that, when it comes to both the natural world and our social milieu, it is important to recognize the systemic nature of how things are organized: what effects one effects all. In other words, we can't fully address racial inequality without taking environmental justice into account. The same is true for economic inequality. As Rev. William Barber told the United Steel Workers: "wages are a civil rights issue." Failure to recognize the interconnectivity of these challenges can lead to solutions that result in unintended consequences.