"Is America a Racist Country" Is the Wrong Question 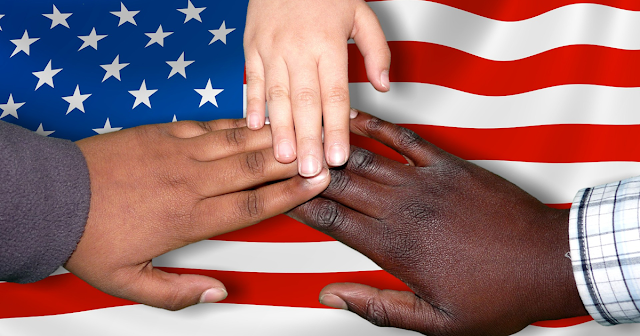 During his rebuttal to President Biden's speech before a joint session of congress, Senator Tim Scott made a declarative statement: "America is not a racist country." That prompted journalists to ask other elected officials whether they think America is a racist country.

Personally, I wouldn't touch that question with a ten-foot pole because it is the wrong one to ask. That is the point Jay Smooth made so powerfully years ago in this video where he distinguished between the "what they did" conversation and "what they are" conversation.

As Smooth pointed out, the "what they are" question is a way to derail the whole conversation because it relies on a person's (or country's) motives and intentions, which you can't ever prove.
A few years later, Smooth expounded on that by talking about how we respond to someone telling us that we said or did something racist.
The first thing Smooth does is point out how we tend to approach this issue with the all-or-nothing "good person/bad person" binary that someone is either racist or not racist. That is the crux of the question, "Is America a racist country." It is framed as a "yes" or "no" query. As Smooth says, if you're not batting a thousand then you're striking out every time. That makes it harder to work on our imperfections because, in order to not be racist, we must be perfect. In that context, it is worth noting that the concept of "perfecting our union" was the theme of Barack Obama's 2008 speech about racism.
It is critical to recognize, as Smooth suggests, that when we're dealing with racism, we're dealing with a social construct that did not emerge out of science or logic. It was born out of a need to justify indefensible acts (ie, slavery and genocide).  In other words, it wasn't designed to make sense. In my own experience and observation, one of the most difficult things for white people to grapple with is that oftentimes during conversations about racism, there is no such thing as the "right answer." We must simply listen and absorb the complexities.
Smooth compares the binary "racist vs non racist" construct to our tonsils. Either we've had them removed or we haven't. Demonstrating his comedic talent, Smooth proposes that "we move away from the tonsil paradigm of race discourse to the dental hygiene paradigm of racial discourse."
That would mean moving away from the premise that being a good person is a fixed, immutable characteristic and begin to see that being a good person is a practice we carry out by engaging with our imperfections. Let's pause for a moment and acknowledge the wisdom of that advice in all areas of our lives.
So, how would a dental hygiene paradigm of racial discourse handle the question of whether or not America is a racist country? The answer can be found is something Barack Obama said during his speech to commemorate the 50th anniversary of the Selma march.

What greater expression of faith in the American experiment than [Selma]? What greater form of patriotism is there than the belief that America is not yet finished, that we are strong enough to be self-critical, that each successive generation can look upon our imperfections and decide that it is in our power to remake this nation to more closely align with our highest ideals?...

It’s the idea held by generations of citizens who believed that America is a constant work in progress; who believed that loving this country requires more than singing its praises or avoiding uncomfortable truths. It requires the occasional disruption, the willingness to speak out for what is right, to shake up the status quo. That’s America.

American is — and has always been — a work in progress. The real question is: "What have you done lately to perfect our union?