It's Time to Rethink the Narrative About Moderates and Progressives in the Democratic Party. 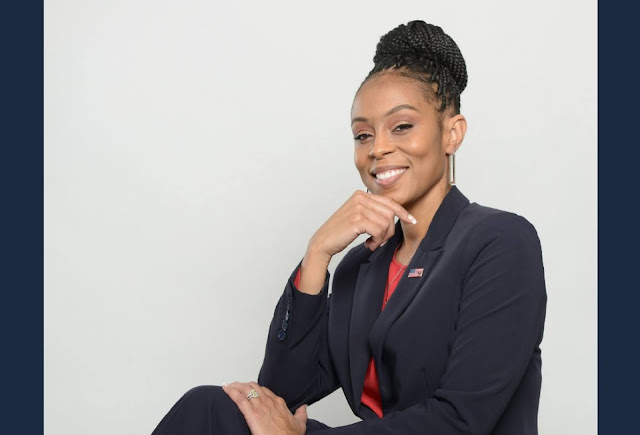 In case you hadn't heard, there was a special election primary this week for the House seat vacated by Biden's Secretary of Housing and Urban Development, Marcia Fudge. On the Democratic side, Shontel Brown, a member of Cuyahoga County Council, defeated Nina Turner, national co-chair of Bernie Sander's 2020 presidential campaign. The reaction was the same-old lazy journalism we see so often from most major media outlets. Here are a few of the headlines:

In String of Wins, ‘Biden Democrats’ See a Reality Check for the Left, by Alexander Burns at the New York Times
Nina Turner's Loss in Ohio Means Biden Doesn't Need to Keep Caving to the Left, by James Hohmann at the Washington Post
Establishment prevails as Brown beats Turner in Ohio special election, by Ally Mutnick at Politico
Why Democrats Still Need Moderates, Anne Kim, at Washington Monthly
The narrative all of these writers have bought into is that Brown represents the "establishment," or moderate center-left wing of the Democratic Party, while Turner represents progressives or so-called "base" voters in the party. But guess whose campaign web site lists these priorities:
Yes, those are just some of the things supported by the so-called "moderate Democrat" in that particular race, Shontel Brown. In any other era, that would be considered a strong progressive platform. It also just so happens to align pretty well with the platform put forward by the current Democratic president, Joe Biden.
So what separated these two candidates? Brown emphasized working with Democrats to achieve her priorities. On the other hand, Turner told Peter Nicholas that she had no appetite for the candidates in the 2020 presidential election, suggesting that "It’s like saying to somebody, ‘You have a bowl of shit in front of you, and all you’ve got to do is eat half of it instead of the whole thing.’ It’s still shit.” Turner also nodded in approval when a campaign surrogate called Rep. James Clyburn "stupid."
What should seem obvious to anyone is that running against Democratic leaders in a Democratic primary is not a great strategy. And yet, that seems to be what the so-called "progressive" wing of the party is intent on doing.
There are, however, some folks who are catching on. The organization Our Revolution – which was founded by Bernie Sanders and initially led by Nina Turner — is starting to rethink their message.

Rather than insisting on “Medicare for All” — Sanders’ trademark universal, government-funded health care plan — or the climate-change-fighting Green New Deal, Our Revolution is focusing on the more modest alternatives endorsed by President Joe Biden. Those include expanding eligibility for the existing Medicare program and curtailing federal subsidies for fossil fuel companies...

“Coming out of Bernie’s 2016 campaign, in some ways the organization was probably more of a bridge organization between the two electoral cycles,” Joseph Geevarghese, Our Revolution’s executive director, said in an interview. “What we’re trying to build is something that is longer term” and “part of the overall ecosystem of the progressive movement.”

“I think we are rooted in a bold, progressive vision, but we’re also pragmatic progressives,” Geevarghese said.

As someone who has been referring to myself as a "pragmatic progressive" since Obama's first term in office, I got a kick out of that rebranding. Back in 2015 I wrote some of my thoughts about what that label means. Perhaps the most important distinction is that folks like us align with progressive goals, but  differ on process and strategies.

Along those lines I recently read a fascinating piece by Bayard Rustin, the man who is most responsible for incorporating nonviolent protest into the Civil Rights Movement and organizing the March on Washington. In 1965, he wrote that the civil rights movement was evolving from a protest movement into a full-fledged social—or political— movement. He posited that "A conscious bid for political power is being made, and in the course of that effort a tactical shift is being effected: direct-action techniques are being subordinated to a strategy calling for the building of community institutions or power bases."

There is a strong moralistic strain in the civil rights movement which would remind us that power corrupts, forgetting that the absence of power also corrupts. But this is not the view I want to debate here, for it is waning. Our problem is posed by those who accept the need for political power but do not understand the nature of the object and therefore lack sound strategies for achieving it; they tend to confuse political institutions with lunch counters...

Neither [the civil rights] movement nor the country's twenty million black people can win political power alone. We need allies. The future of the Negro struggle depends on whether the contradictions of this society can be resolved by a coalition of progressive forces which becomes the effective political majority in the United States...

The task of molding a political movement out of the March on Washington coalition is not simple, but no alternatives have been advanced. We need to choose our allies on the basis of common political objectives...[T]he objective fact is that Eastland and Goldwater are the main enemies—they and the opponents of civil rights, of the war on poverty, of medicare, of social security, of federal aid to education, of unions, and so forth...

The issue is which coalition to join and how to make it responsive to your program. Necessarily there will be compromise. But the difference between expediency and morality in politics is the difference between selling out a principle and making smaller concessions to win larger ones. The leader who shrinks from this task reveals not his purity but his lack of political sense.

I am amazed at Rustin's prescience. In addition to recognizing the need for coalitions in order to gain political power, he basically defined the next stage of the civil rights movement to be one of addressing what we now call "systemic racism," all while identifying the early stages of movement towards income inequality.

So according to the lazy journalism practiced by current political commentators, was Rustin a center-left moderate or a progressive? Of course, I would say "neither." He was obviously a full-fledged pragmatic progressive.

It is beyond time to re-think the old narrative in order to capture what is actually happening in the Democratic Party today.