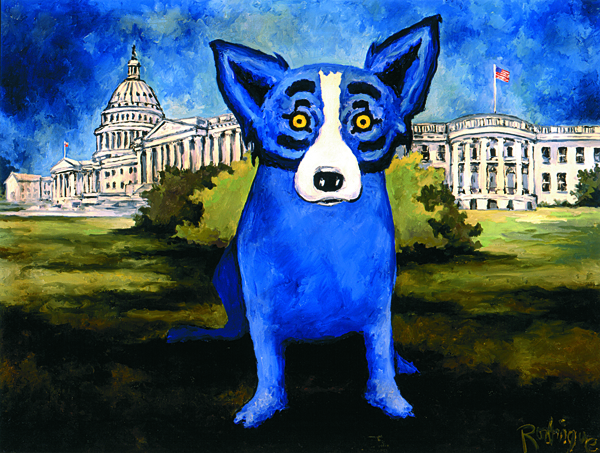 For about seven months now, the so-called "moderate" Democrats who've been in the news are Senators Manchin and Sinema. But as the House began to take up the infrastructure bill and the budget reconciliation plan, the mantle passed to Rep. Josh Gottheimer and eight other members who wrote a letter threatening to upend the unified strategy to advance President Biden’s legislative agenda. Here is their demand:

Earlier this week, the Senate passed an historic bipartisan infrastructure package, with a supermajority of sixty-nine votes. President Biden swiftly applauded its passage, stating that he hopes Congress will send it to his desk as soon as possible. The House of Representatives should heed his call and immediately pass the legislation...

Some have suggested that we hold off on considering the Senate infrastructure bill for months – until the reconciliation process is completed. We disagree. With the livelihoods of hardworking American families at stake, we simply can’t afford months of unnecessary delays and risk squandering this once-in- a-century, bipartisan infrastructure package. It’s time to get shovels in the ground and people to work. We will not consider voting for a budget resolution until the bipartisan Infrastructure Investment and Jobs Act passes the House and is signed into law.

This week Speaker Pelosi finalized an agreement to hold a vote on the infrastructure bill no later than September 27th in exchange for their support on the rule to get the reconciliation process underway.

The whole affair has me wondering what it means to be a moderate in the Democratic Party these days. What is it that motivates them? Pelosi, Schumer and the Biden White House were all on board with the plan to consider these two bills together (and based on the deal Pelosi negotiated, that might still happen).

Of course, there are always those who assume that every politician who doesn't agree with them is caving to big money donors. The problem is that an explanation like that is always handy - no matter its accuracy - and it tends to cut off any other line of inquiry. So let's consider some alternatives.

If we take these representatives at their word, their letter suggests that they wanted the infrastructure bill to pass now so that projects could begin immediately. That is what Rep. Gottheimer told Punchbowl news earlier this week. But according to Rep. Jan Schakowsky, none of the money in the bill can be allocated until after the new fiscal year, which begins on Oct. 1st. So why the rush?

Perhaps the most intriguing suggestion of what motivated these politicians is the one about how they represent "swing districts" where Trump performed well in 2020. As Bill Scher wrote, "They want to avoid being attacked in TV and digital ads with having voted with their party’s most loathed member (who will it be this time? Pelosi? AOC? Ilhan Omar?) 90 percent of the time."

The first problem with that reasoning is that we should all know by now that EVERY Democrat, no matter their voting record, will be tarred by the right wing as a "socialist extremist." But a deeper look at who did (and didn't) sign on with this group undermines the argument completely.

Only one of the nine who signed on to this strategy represents a district Trump won in 2020: Jared Golden, who represents Maine's 2nd district. Cook rates that district R+6. Here are the other eight:

It's clear that several of those representatives don't have much to worry about in 2022.
But another way to look at it is to wonder why Democrats like Matt Cartwright (PA-08), Andy Kim (NJ-03), Ron Kind (WI-03), and Melissa Slotkin (MI-08) didn't sign on. They all represent districts that Trump won in 2020. In addition to those four, there are three relative newcomers to the House that I have been following. None of them signed on either.
As you can see, there are a lot of Democrats representing swing districts that didn't sign on to undermine the strategy developed by their party's leaders.
The one thing the Gottheimer 9 have in common (except for Filmon Vela who has already announced his retirement at the end of this term) is that they are all members of the Blue Dog caucus in Congress, which was formed after the 1994 elections. Here's how Stephanie Buck described their platform (emphasis mine):

The Blue Dogs didn’t utter a peep about social issues. Their rural Southern constituents’ biggest concerns were agricultural policy and farm programs, not same-sex marriage, equal rights, or gun control.
Instead, the 23 founding members publicly pushed for fiscal reform and a balanced budget. They would restore the voices of working-class Southerners who traditionally voted blue but who felt increasingly marginalized by wealthier, urbanized progressives (like Bill Clinton).

The Blue Dogs took a beating in the 2010 election, when they lost half their seats to Republicans. Conventional wisdom says that happened because they voted for Obamacare. Perhaps there's some truth to that. But Martin Longman articulated the big picture, noting that "the Blue Dog model is based more on financial necessity than ideological necessity."

The model for a successful Blue Dog is to take a hardline on spending and to a large degree on regulation. This endears them to the local business community which lavishes them with money. They need the money because the Democratic-voting constituents in their districts are often among the poorest and most disadvantaged people in the country, and they’re not in a position to fill a politician’s campaign coffers. A Democrat who runs in these rural districts without business support is going to be underfunded, and a Democrat who doesn’t at least neuter the local business community is going to be blasted out of the water when the money goes overwhelmingly to their opponents.

The Democrats have had a lot of success with this model, but it has some major disadvantages. People call this kind of campaigning “Republican-Lite” for a good reason. A Democrat who takes a conservative position on many social issues and a pro-business position on spending and regulations, is not a whole lot different from a Republican, and why wouldn’t people prefer a real Republican to a bad facsimile?

Martin's piece is titled, "The Blue Dog Model Is Dead." To the extent that it was a model that worked in rural America, it is now right wingers who are ignoring the economic interests of working class Americans while they focus on igniting a culture war. As Martin suggested, "Future rural Democrats will be successful by getting back to their roots as fierce protectors of small-town America, not by trimming on social issues and voting with the banks."