Get Ready for Reporting at Politico to Get a Lot Worse 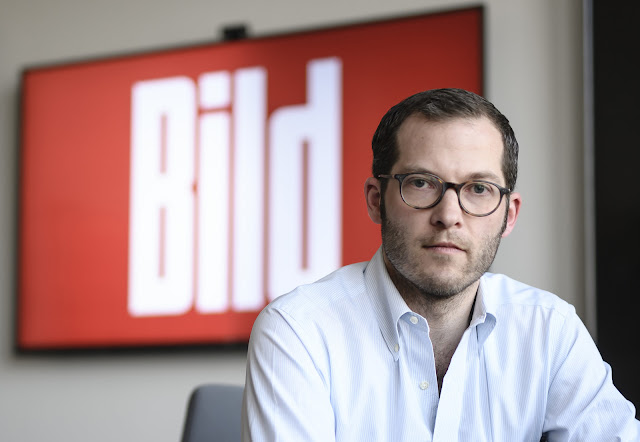 With all of the focus on events in Afghanistan, not much attention has been paid to the fact that German publisher Alex Springer bought Politico for approximately $1 billion. It just might be a marriage made in heaven.

Politico has been on the front lines of ramping up hysteria about chaos in Afghanistan.

They even went so far as to cast doubt about White House reports on the number of people who have been evacuated from Afghanistan - with zero evidence the reports were inaccurate.

Over the years, this is the kind of story Politico became known for:

President Joe Biden is getting trashed by Democrats over the Middle East!

Those were two breathless dispatches Politico posted this week, as the Beltway insider outlet did its best to gin up drama surrounding the Democratic administration. Apparently still longing from the non-stop news cycle of the Trump era and the relentless controversies and scandals that came with it, Politico has decided that during the No Drama Biden era the best strategy is to just make stuff up and post it as news.

In both gotcha articles it became abundantly clear that Biden is not being trashed by Democrats regarding the Middle East. And Harris is not being widely criticized for downplaying her Indian roots. Both premises are fabrications. How do we know? Because neither article contained evidence to back up the click-bait headlines.

The company that purchased Politico, Alex Springer, is a media conglomerate based in Berlin. Their flagship publication is the tabloid Bild, the highest-circulation newspaper in Europe with a daily readership exceeding 12 million. Here is how Thomas Meany described the publication:

The experience of reading Bild is a sugar-rush of gossip, accompanied by the clanging gong of headlines. As is traditional, scandals are designated for the front page, but in Bild’s current iteration, fear-mongering appears to be privileged over celebrity soup...

According to the Bild worldview, the best way to counter the left is to portray its demands as totalitarian, and the best way to kill off the far right is to cannibalise its grievances...

Bild’s competitors on its right today come from Breitbart-esque news blogs such as Politically Incorrect. Bild seems to have done its best to outflank these outlets by covering the same kinds of stories as them, often in much the same tone. In more than one case, these articles have been false. In 2017, the paper ran a story about a mob of Arab men assaulting women in a Frankfurt restaurant, which police subsequently confirmed never happened.

To give you some idea of the approach Bild has taken to the coronavirus pandemic, their editor-in-chief Julian Reichelt made a video this month in which he asked forgiveness from the children of Germany for the measures that have been taken to reduce the spread of COVID.

To the millions of children in this country for whom our society is responsible, I want to express here what neither our government nor our Chancellor dares to tell you. We ask you to forgive us. Forgive us for this policy which, for a year and a half, has made you victims of violence, neglect, isolation, and loneliness. We persuaded our children that they were going to murder their grandma if they dared to be what they are, children. Or if they met their friends. None of this has been scientifically proven. When a state steals the rights of a child, it must prove that by doing so it protects him against concrete and imminent danger. This proof has never been provided. It has been replaced by propaganda presenting the child as a vector of the pandemic.

Of course, that message wasn't really meant for the children of Germany. It was a back-handed way of suggesting that the government had abused them. There is nothing more deplorable than using children to score points against your political opponent.

We don't know what the owners of Alex Springer have in mind for Politico. But it won't be much of a leap to turn it into an American version of Bild. What we'll have is a publication that bills itself as balanced and nonpartisan while it exploits fear, portrays the left as totalitarian, and pretends that the far right is part of the political mainstream. If so, move over RealClearPolitics, you've got a new competitor.