The Price People Pay for Living in a White Supremacist Bubble 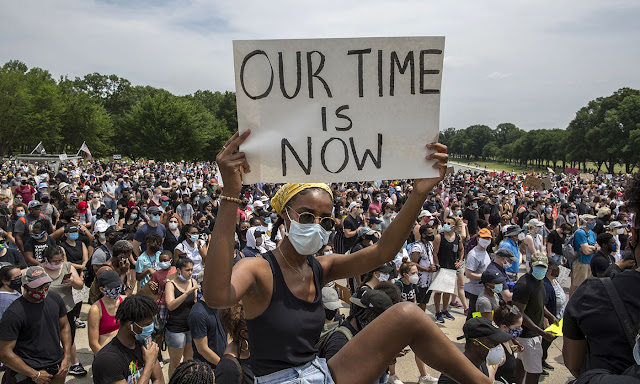 The manufactured controversy over critical race theory is primarily designed to eliminate discussions about the history of racism in this country — especially in classrooms. But when white people are ignorant about this country's history, they end up writing ridiculous commentary like this piece at the Washington Examiner by Timothy Carney.

[From the 2020 census,]Texas gained the most black people, nearly 700,000, of any state in the country. Georgia and Florida were second and third place, increasing their black populations by 450,000 and 390,000, respectively. All three states were governed by Republican governors with Republican-run legislatures throughout the decade. Texas saw its black population grow by 23% while Georgia and Florida saw 15% and 13% growth respectively...

In short, if you were a person of color in the United States over the past decade, especially a black person, looking to move or have children, the GOP-run states of Texas, Florida, and Georgia were the most attractive places to live.

At the beginning of the 21st century, organizations like the Brookings Institute began chronicling the New Great Migration, in which Black people were moving back to the South. As they explained, one of the primary destinations was the state of Georgia. The 2010 census confirmed that the New Great Migration was well underway.

The percentage of the nation’s black population living in the South has hit its highest point in half a century, according to census data released Thursday, as younger and more educated black residents move out of declining cities in the Northeast and Midwest...

The share of black population growth that has occurred in the South over the past decade — the highest since 1910, before the Great Migration of blacks to the North — has upended some long-held assumptions...

Atlanta, for the first time, has replaced Chicago as the metro area with the largest number of African-Americans after New York.

We can all speculate about the reasons Black people are moving back to the South. For some, it is in search of greater economic opportunity. But there are other factors as well. William Frey, who has documented the movement, pointed to "tradition" and "cultural ties." Millions of Great Migration participants left behind aunts, uncles, grandparents and cousins. "It will always have the sense of ancestral history," Isabel Wilkerson, author of The Warmth of Other Suns, said.

Here is what Charles Blow wrote about African Americans in the South heading into the 2020 Democratic primary:

According to researchers at the Brookings Institution, there are 1,200 majority-black towns and cities in America, about 1,000 of which are in the South. And the number of majority-black cities is on the rise.

In addition, almost all of the largest cities in the Deep South, as I have defined it, are majority-black with a black mayor.

Speaking of the South more broadly, every one of the top 10 states with the highest percent of black population is in the South.

Blow pointed that out to make the point that Black people in the South have recently been gaining power in municipal politics.

Those voters may be less excited by a national revolution because they are living through a very real revolution on the ground. They are feeling their power in cities and increasingly in statewide races.

That brings us to the present. It is clear that Carney is just as ignorant about what is happening today. Perhaps he should pick up the book, The Devil You Know, by Charles Blow. The New York Times columnist not only moved to Georgia, he's calling on other African Americans to join him.

Simply put, my proposition was this: that Black people reverse the Great Migration — the mass migration of millions of African-Americans largely from the rural South to cities primarily in the North and West that spanned from 1916 to 1970. That they return to the states where they had been at or near the majority after the Civil War, and to the states where Black people currently constitute large percentages of the population. In effect, Black people could colonize the states they would have controlled if they had not fled them.

While Carney wants you to believe that African Americans have been attracted to Georgia by GOP governance, that's not exactly what's happening.

In November, Georgia voted blue for the first time since Bill Clinton won the state in 1992. A majority of those who voted for Joe Biden were Black. This week, Georgia elected its first Black senator in state history — indeed the first popularly elected Democratic Black senator from the whole South: Raphael Warnock, a pastor at Ebenezer Baptist Church in Atlanta, where Martin Luther King Jr. once preached. Georgia also elected its first Jewish senator — only the second from the South since the 1880s: Jon Ossoff.

Perhaps most striking, the Warnock win was the first time in American history that a Black senator was popularly elected by a majority-Black coalition. It was a momentous flex of Black power.

So Carney is totally ignorant about what is going on in states like Georgia (or at least he assumes that his readers are ignorant). That is the price people pay for living in a white supremacist bubble. As Black power in the South continues to flex, it is going to totally catch them off guard. It kind of reminds me of this surfer: 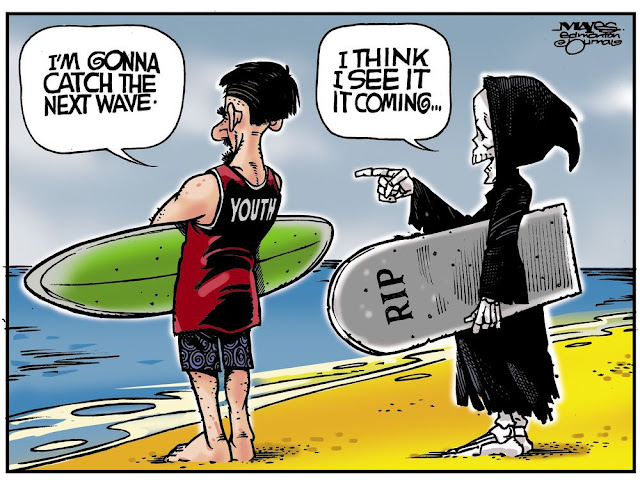