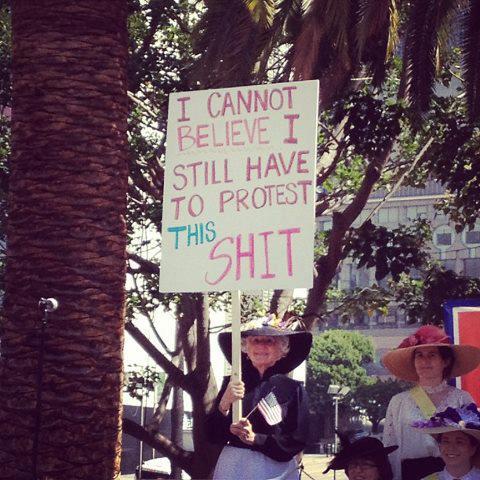 When it comes to major issues like climate change and the coronavirus pandemic, right wingers have positioned themselves firmly against the scientific consensus. But now that the Supreme Court has validated what amounts to a ban on abortions in Texas, there are those in their ranks who want to claim the mantle of following the science.

Case in point: Andy Puzder, who isn't a scientist, but a businessman, recently published an article on the Fox News website titled: "Biden ignores science on abortion – he follows politics on question of when life begins." Puzder's case basically boils down to this:

The science on when human life begins is not in serious dispute. For example, the American College of Pediatricians’ (ACP) website states that "[t]he predominance of human biological research confirms that human life begins at conception—fertilization. At fertilization, the human being emerges as a whole, genetically distinct, individuated zygotic living human organism, a member of the species Homo sapiens, needing only the proper environment in order to grow and develop. The difference between the individual in its adult stage and in its zygotic stage is one of form, not nature."

So the American College of Pediatricians has stated that, according to biological research, human life begins at conception. That sounds official, doesn't it?

But wait...what is the American College of Pediatricians (ACPeds)? It is important to note that they are NOT the American Academy of Pediatricians (AAP), which was founded in 1930 and currently has a membership of over 67,000 physicians. ACPeds was founded in 2002 when a small number of socially conservative AAP members broke away from the professional association after it endorsed adoption by same-sex couples. Here are a couple of quotes Souther Poverty Law Center pulled from the ACPeds website:

“Homosexual men and women are reported to be promiscuous, with serial sex partners, even within what are loosely-termed 'committed relationships.' Individuals who practice a homosexual lifestyle are more likely than heterosexuals to experience mental illness, substance abuse, suicidal tendencies and shortened life spans.”
—“Homosexual Parenting: Is It Time for A Change?” updated July 2017, available on ACPeds website

“Driving in this morning I began to wonder. Why isn’t the movement of LGBT not the PLGBT movement: ‘P’ for pedophile? ...In one sense, it could be argued that the LGBT movement is only tangentially associated with pedophilia. I see that argument, but the pushers of the movement, the activists, I think have pedophilia intrinsically woven into their agenda. It is they who need to be spoken to and against.”
—Blog post on ACPeds website, July 15, 2015

“[T]here is sound evidence that children exposed to the homosexual lifestyle may be at increased risk for emotional, mental, and even physical harm.”
—“Homosexual Parenting: Is It Time For Change?” ACPeds article, January 22, 2004

“Gay, lesbian, and bisexual students are not born that way. The most recent, extensive, and scientifically sound research finds that the primary factor in the development of homosexuality is environmental not genetic.”
—Facts About Youth website, 2010

That is the organization Puzder relies on to suggest that there is "scientific evidence" to support the claim that life begins as conception. The group also believes that homosexuals are serially promiscuous pedophiles who pose a danger to children, but can be "cured" via “reparative” or sexual orientation conversion therapy. Nothing in any of those statements is backed by any more scientific evidence than the one about life beginning at conception.
As you can see, it is no wonder that the Southern Poverty Law Center has labeled ACPeds a hate group and the ACLU refers to them as a fringe group that has acted to promote "unscientific and harmful 'reparative therapies' for LGBTQ students."

The anti-choice movement in this country has a long history of attempting to adopt abortion restrictions that fly in the face of facts and science, as Rachel Bensen Gold and Elizabeth Nash have documented.

At least 10 major categories of abortion restrictions—including measures based on claims of protecting a woman’s health—lack a foundation in rigorous scientific evidence.
These restrictions include unnecessary regulations on abortion facilities and providers, counseling and waiting period requirements that belie the scientific evidence, and laws based on false assertions about when fetuses can feel pain.

To those we could add the Hobby Lobby lie that certain birth control methods are abortifacients as well as the misnamed "fetal heartbeat bills," like the one recently passed in Texas.

The idea that science has determined that life begins at conception is preposterous. Those who promote it, like Puzder and ACPeds, are engaging in propaganda, not a rational argument.