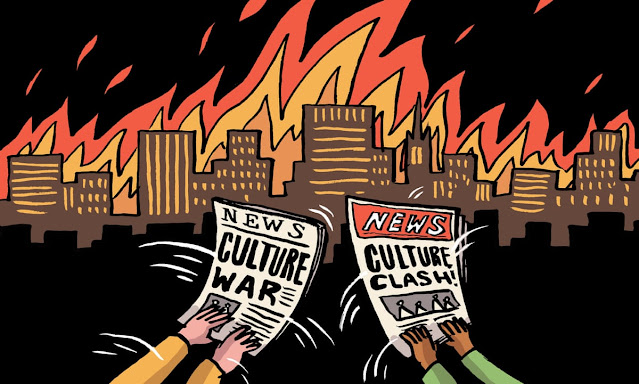 By now most of you have probably seen videos like this showing how school board meetings have been disrupted.

Anti-mask demonstrators heckle masked people (some of whom are Drs/nurses) leaving 08/10/21 #Williamsoncountytn #schoolboardmeeting following one man to his car and shouting “we will find you” & “we know who you are” @WilliamsonHmPg 1/2 pic.twitter.com/u8wbdfr3Xj

The threats have been pretty unambiguous (note: Lynch is running for Northampton County executive, not governor).

Matt Shuham documented what has been going on with a few examples.

[A]mid right-wing anger at school mask rules and bogeyman issues like “critical race theory,” examples of potentially criminal behavior aimed at educators and public health officials at school board meetings are abundant, including reports of pushing, throwing things, alleged battery, numerous reports of threats, and comments like “we will find you” and “we know who you are.”

That is why, a little over a week ago, the National School Boards Association wrote a letter to the Biden administration asking for help.

While local and state law enforcement agencies are working with public school officials in several communities to prevent further disruptions to educational services and school district operations, law enforcement officials in some jurisdictions need assistance – including help with monitoring the threat levels. As these threats and acts of violence have become more prevalent – during public school board meetings, via documented threats transmitted through the U.S. Postal Service, through social media and other online platforms, and around personal properties – NSBA respectfully asks that a joint collaboration among federal law enforcement agencies, state and local law enforcement, and with public school officials be undertaken to focus on these threats.

One sentence in that letter has been used to manufacture an uproar among right wingers. It reads: "As these acts of malice, violence, and threats against public school officials have increased, the classification of these heinous actions could be the equivalent to a form of domestic terrorism and hate crimes."

On Monday, Attorney General Merrick Garland responded to the NSBA request with a memo. I'm going to copy the whole thing because it is important to know exactly what he said.

In recent months, there has been a disturbing spike in harassment, intimidation, and threats of violence against school administrators, board members, teachers, and staff who participate in the vital work of running our nation's public schools. While spirited debate about policy matters is protected under our Constitution, that protection does not extend to threats of violence or efforts to intimidate individuals based on their views.

Threats against public servants are not only illegal, they run counter to our nation's core values. Those who dedicate their time and energy to ensuring that our children receive a proper education in a safe environment deserve to be able to do their work without fear for their safety.

The Department takes these incidents seriously and is committed to using its authority and resources to discourage these threats, identify them when they occur, and prosecute them when appropriate. In the coming days, the Department will announce a series of measures designed to address the rise in criminal conduct directed toward school personnel.

Coordination and partnership with local law enforcement is critical to implementing these measures for the benefit of our nation's nearly 14,000 public school districts. To this end, I am directing the Federal Bureau of Investigation, working with each United States Attorney, to convene meetings with federal, state, local, Tribal, and territorial leaders in each federal judicial district within 30 days ofthe issuance ofthis memorandum. These meetings will facilitate the discussion of strategies for addressing threats against school administrators, board members, teachers, and staff, and will open dedicated lines of communication for threat reporting, assessment, and response.

The Department is steadfast in its commitment to protect all people in the United States from violence, threats of violence, and other forms of intimidation arid harassment.

As Breitbart documented, in the next few hours, at least 13 Republican politicians retweeted Rufo's tweet, adding their outrage that the FBI would be going after parents and suggesting that Garland had "weaponized" DOJ to go after Biden's enemies.

On Tuesday Deputy AG Lisa Monaco testified at the Senate Judiciary Committee regarding reauthorization of the Violence Against Women's Act. Both Senators Tom Cotton and Josh Hawley used their time to attack the Garland memo. Chris Hayes developed a video montage to read Hawley into what is actually going on at the local level, but he probably already knows.

Hey @HawleyMO, just circling back to see if you saw the threats to school officials across the country. We made a montage for you in case you didn’t. pic.twitter.com/6OSROrY3Bq

Of course Fox News is all over this one. By Tuesday night, Tucker Carlson devoted his entire opening segment (16 minutes of incoherent ranting) to the lie.

If you are one of the troglodytes who thinks you should have some say in what your children are taught in the schools that you pay for, you should know that the Biden administration now views you as a domestic terrorist. They are fully willing to use armed agents of the state to compel you to shut up.

Later in the show, when Carlson had Hawley on to feed the lie, the Fox News host actually twisted things even further in order to find a way to blame the whole thing on the Black guy  - former President Barack Obama. Referring to Deputy AG Monaco, he said:

That is the person, by the way, who actually runs the Justice Department. And she’s actually run by Susan Rice at the White House, who takes her direction from Barack Obama. Just so you know how it actually works.

If you haven't heard that the Biden administration is using armed agents of the state to compel parents to shut up, then you probably haven't been paying a lot of attention to the right-wing media ecosphere (perhaps smartly). But you can bet that your MAGA friends/family know all about it because it is a very hot topic on that side of the political divide.

There's a lot I could say about this particular lie. But I think that one of the most important points was captured by the Milwaukee Journal Sentinel. Here's what they reported about what has been happening in Wisconsin.

A loose network of conservative groups with ties to major Republican donors and party-aligned think tanks is quietly lending firepower to local activists engaged in culture war fights in schools across the country.

While they are drawn by the anger of parents opposed to school policies on racial history or COVID-19 protocols like mask mandates, the groups are often run by political operatives and lawyers standing ready to amplify local disputes.

In a wealthy Milwaukee suburb, a law firm heavily financed by a conservative foundation that has fought climate change mitigation and that has ties to former President Donald Trump’s efforts to overturn the 2020 election helped parents seeking to recall Mequon-Thiensville school board members, chiefly over the board’s hiring of a diversity consultant. A new national advocacy group, Parents Defending Education, promoted the Wisconsin parents’ tactics as a model.

As I noted previously, the conservative foundation they referred to is the Bradley Foundation. Later in the article, they made this important point:

It’s a fight likely to help Republicans in congressional elections next year, said Ian Prior, a former Justice Department official who is now the executive director of a conservative organization called Fight for Schools, which is working to recall board members in Loudoun County.

In addition to Fight for Schools, the Journal Sentinel identifies two other groups: Parents Defending Education and No Left Turn. But according to an analysis by NBC News, there are at least 165 local and national groups that aim to disrupt lessons on race and gender. Where is funding for all of that coming from? At Open Secrets, Alyce McFadden writes that a secretive 'dark money' network has launched an anti-critical race theory campaign. For example:

A deep-pocketed “dark money” group is spending “well over $1 million” on an ad campaign against the inclusion of racial justice topics in K-12 curricula.

The Concord Fund is a conservative dark money group better known as the Judicial Crisis Network. It registered Free to Learn Action as a “fictitious name” — or legal alias — on June 21, the Daily Poster reported Thursday. Free to Learn’s website does not disclose its relationship with the Concord Fund and describes itself as a “nonpartisan” group dedicated to promoting education without “pressure or requirements to subscribe to a singular worldview and activist curriculum with a political agenda.”...

Another group, Parents Defending Education, is led and incorporated by Nicole Neily, a long-time conservative writer and researcher. Neily also heads Speech First Inc., a charitable nonprofit with ties to the Koch Network that promotes conservative speech on college campuses.

The Judicial Crisis Network (which is now Free to Learn Action) is one of Leonard Leo's creations, as outlined in an in-depth report from the Washington Post on how the former director of the Federalist Society funneled dark money into Republican efforts to stack the courts with conservatives.

JCN, the group that has office space on the same hall as the Federalist Society, launched a $7 million media campaign to bolster the Republican-controlled Senate in preventing Obama from filling the seat, according to a JCN news release at the time.

This graph from that report indicates how that scheme worked, and is probably instructive of what is happening now.

Leo's dark money eventually made its way to the Independent Women's Voice, whose leadership made regular appearances on Fox News to promote Trump's Supreme Court nominees.
These days, regular guests on Fox News include Asra Nomani, who "helps run" Parents Defending Education, and Elana Fishbein, founder of No Left Turn. Here's a clip of Nomani on Fox and Friends this week:

In Case You Missed @AsraNomani on @foxandfriends this morning talking about the @TheJusticeDept & @NSBAPublicEd, you can watch the whole segment here: https://t.co/AD2jwkRVIP pic.twitter.com/OeXKxC9MOu

So the scheme is that dark money is funding these so-called "grassroots groups" and right wing media amplifies their lies. Make no mistake about it: Republicans plan to exploit the hell out of all of this in 2022, as McFadden documented.

On June 24, the Republican Study Committee circulated a memo authored by Committee Chair Rep. Jim Banks (R-Ind.) to its members urging them to “lean into the culture war.”

“Because the backlash against Critical Race Theory is real,” Banks wrote. “We are beginning to see an organic movement from parents across the country … who are fed up with the lessons their kids are being taught. As House conservatives, we should be sending a signal to these concerned parents: We have your back.”

While parents across the country have objected to the teaching of critical race theory in schools, a network of established dark money groups funded by secret donors are stoking the purportedly “organic” anti-CRT sentiment Banks describes.

Putting a lie to Kevin Drum's claim that it is liberals who created the so-called "culture war," it is actually Republicans who plan to capitalize on the way that right wing funders and media have fabricated the whole controversy over critical race theory.

If you're wondering what to do about all of that, I believe that Rachel Vindman has the answer.

More people need to do this. What is happening across school boards is not normal and a strategic strike by people like Flynn/Bannon/Trump. People need to speak up against the loud minority. https://t.co/6uBQAUedsD