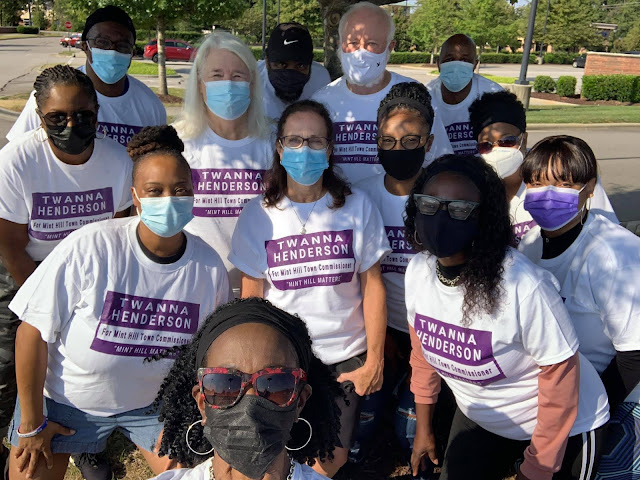 The 2021 elections were almost two weeks ago and the narrative about them has solidified: they were a disaster for the Democrats. Now the airways are filled with stories of doom and gloom for the party in 2022 and 2024, along with myriads of advice for what Democrats need to do differently. We'll take up the latter shortly. But first, let's take a look at the story you're not hearing about the 2021 elections.

All of the attention has been on the statewide governors elections in Virginia and New Jersey. That is understandable from the media's perspective, due to their focus on the national level. But if the purpose has been to highlight doom and gloom for Democrats, perhaps it would be helpful to examine what happened at the local level.

Apparently there isn't a lot hard data on the overall picture. But when it comes to school board races - which were such a huge issue - here's what the Washington Post reported:

Ballotpedia, a website that tracks U.S. politics, identified 96 school districts with a total of 302 seats up for election where social issues and the coronavirus response were major campaign issues. That includes, for example, questions of mandatory masks in school, comprehensive sex education, rights for transgender students and how race is taught in classrooms...

If those numbers are reflective, they represent an abysmal showing for right wingers.

As Mike Hixenbaugh, who covers these issues for NBC noted, the results were mixed. But here are some of the stories (primarily in suburban districts, which were the focus) that were only covered my local news:

‘Critical race theory’ divides, then unifies Guilford as Republican school board candidates are defeated
Conservative candidates defeated in Waukee school board elections
Incumbents win Mequon-Thiensville School District recall election
Conservative school board candidates overwhelmingly lose at Summit polls
Anti-Mask, Anti-Mandate, Anti-Critical Race Theory School Board Candidates in Northeast Ohio Fared Poorly on Election Day
Voters in tense York Suburban race reject conservative candidates focused on masks, CRT
In the run-up to the election, we heard a lot about the suburban moms who were organizing on the right - primarily because they were featured on Fox News and other right wing sites. But CNN joined the fray and did a post-election interview with four white suburban moms who ostensibly voted for Biden and then switched to the Republican, Glenn Younkin, in the Virginia governors race.

"Our kids are in crisis. The learning loss is real." https://t.co/RYj2sitV89 pic.twitter.com/CSUpsMfLKd

Apparently none of these moms were aware of the fact that in March 2021, Democrats passed the American Rescue Plan (with zero support from Republicans). It contained $122.7 billion for schools with a focus on providing funding for schools to open safely along with set-asides for after school and summer programming to address the learning loss issues created by school closures. Either the CNN reporter was unaware of that fact, or she simply failed to bring it up.

What we haven't heard as much about are the suburban moms who are organized on the left to combat right wing efforts. We know that these women played a crucial role in the run-up to the 2018 blue wave election. They're still at it. One such group calls themselves Red Wine and Blue. Their Facebook page is filled with stories like this:

You may have heard about Dublin, Ohio –– a fast-growing, diversifying suburb north of Columbus that voted strongly for Romney in 2012 and for Trump four years later. But in 2020, the community delivered a 10 point WIN for Biden. And in 2021, they FLIPPED two school board seats!
How did it happen? Well things in Dublin didn’t change overnight, and they certainly didn’t change on their own.
Last school year, an Instagram account called “Dear Dublin” was formed after the murder of George Floyd. The account allowed students to anonymously share stories of how they’d encountered racism in school –– no matter how difficult it was to hear. Soon teachers, administrators, and allied students took notice and began working together to create change in their schools.
Of course, these moms took notice too. They heard the cries of students in their community and began organizing to promote equity in the school district. They even took their movement to the polls by supporting two women running for school board against well-funded right-wing opponents.
In the end, BOTH WOMEN WON. They didn’t duck when confronted with anti-CRT and anti-LGBTQIA+ rhetoric. Instead, they listened to their community, stood up for their values, and addressed the issues head on. 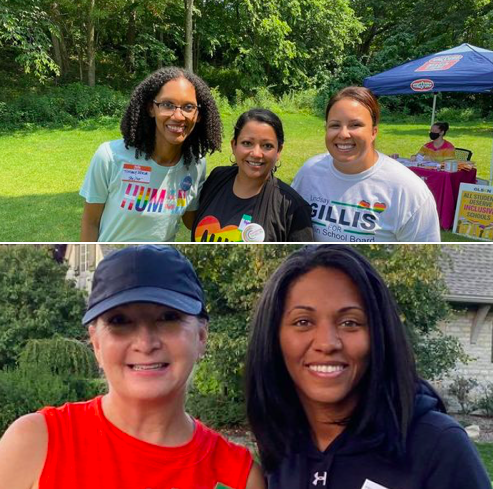 To capture how stories like this were missed, take a look at what happened in Georgia.

In Georgia’s November 2, 2021 statewide municipal elections, Democrats gained a net total of more than 30 seats and counting...Candidates in DPG-targeted races flipped 41 seats in 21 counties across Georgia, while Republican candidates picked up just 6.

Democrats’ strong showing this election cycle – from metro Atlanta to rural Georgia – is testament to the unprecedented grassroots enthusiasm our party has been building across the state for years. After flipping crucial municipal seats in 2019, voting to send a Democrat to the White House for the first time in 28 years in 2020, and flipping both U.S. Senate seats blue earlier this year, Georgia Democrats’ momentum is still growing. The 2021 municipal elections show that with strong candidates, strategic organizing, and early investments, Georgia Democrats are well-positioned to continue mobilizing voters and flipping seats throughout the state in 2022 and beyond.

It is worth taking some time to think about how we'd be talking about 2022 and beyond if these stories garnered as much attention as the ones we've been hearing about ad nauseam for the last two weeks.