The Dangerous Chasm Between Perception and Reality 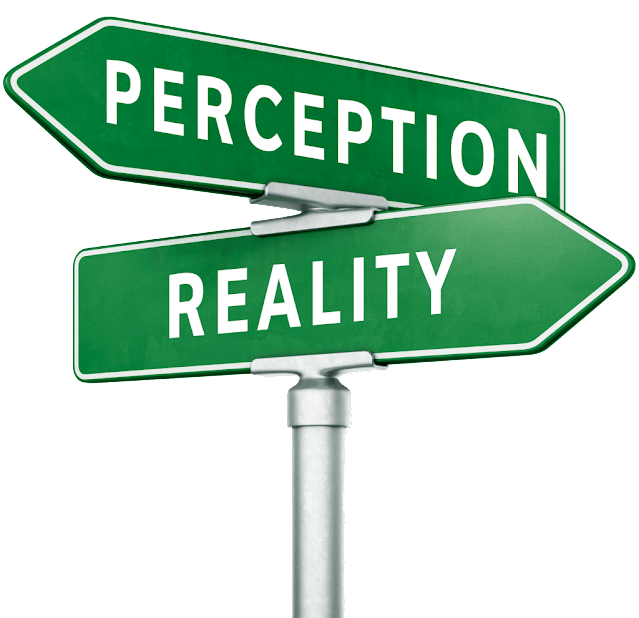 According to Thomas Edsall, opinion columnist at the New York Times, Democrats shouldn't simply panic heading into the 2022 elections, they should go into shock. Here's how he introduces his case:

The rise of inflation, supply chain shortages, a surge in illegal border crossings, the persistence of Covid, mayhem in Afghanistan and the uproar over “critical race theory” — all of these developments, individually and collectively, have taken their toll on President Biden and Democratic candidates, so much so that Democrats are now the underdogs going into 2022 and possibly 2024.

While I have to agree with Edsall that things look bleak right now, a quote he presents from Robert Shapiro tells the story.

Biden and the Democrats have had almost all bad news: the pandemic is still going; the economy has not picked up in terms of perceptions of the expected increases in employment and economic growth not on fire; perceptions of what happened in Afghanistan; what has happened on the southern border; high crime rates, all amplified in news reports. It is all perception, and the latest is the increase in inflation and gas prices that people see/feel. The critical race theory controversy and perceptions of Democrats being too woke and extreme. The bad news is overwhelming.

Notice how many times Shapiro refers to "perceptions" - at one point suggesting that much of the bad news for Democrats has been amplified in news reports. A review of Edsall's examples confirms that analysis.

Edsall eventually zeros in on the pullout from Afghanistan as the place the perceptions of Biden's incompetence all started. But as I've written previously, that was a narrative created by the media.

Here's what you'll find at the link Edsall provided about "the persistence of Covid."

The U.S. government’s overall response to the pandemic has been criticized, and state governments have also come under fire for enforcing rules that were not tough enough and lifting restrictions too early. However, the country’s vaccination rollout has so far been a success, with the U.S. one of the countries with the highest number of vaccinations administered worldwide.

Of course, the Biden administration was in charge of the successful vaccination rollout, even as it has been Republican governors that failed to enforce rules and lifted restrictions too early.

Similarly, the whole panic about a "crisis" at our southern border has been a lie propagated by right wing news sources and amplified by mainstream media. But here's the story that isn't getting as much attention (emphasis mine):

After a major influx of migrants overwhelmed the southwestern border throughout much of the spring and summer, unauthorized crossings in October were down for the third straight month, federal authorities announced on Monday, with the number of Haitians plummeting by more than 90 percent.

Even in telling that story, the reporter fails to note that border crossings have always tended to be cyclical, picking up during spring/summer and then dropping in the fall/winter. It is also important to note that the numbers being reported are for border apprehensions. That is significant because of a major change underway with migrants on our southern border. In the past, they have primarily been undocumented immigrants (mostly from Mexico) who wanted to evade apprehension and enter the country to work. But currently they are refugees, which means that they present themselves to authorities requesting asylum. Is it any wonder that apprehensions are up significantly?

Finally, Edsall includes inflation and supply chain shortages as part of the bad news for Democrats without mentioning skyrocketing employment and rising wages. That's pretty typical in news reports. The fact that there is a perception that the economy is in bad shape right now is amplified by this dichotomy:

US Retail Sales hit another all-time high while Consumer Sentiment is at its lowest level in 10 years.

Watch what they do, not what they say. pic.twitter.com/x2Md4zFAj0

Americans are spending like crazy, but Consumer Sentiment is at a 10-year low. Here's how Reuters reported on the numbers for retail sales in October:

The solid report from the Commerce Department on Tuesday suggested high inflation was not yet dampening spending, even as worries about the rising cost of living sent consumer sentiment tumbling to a 10-year low in early November. Rising household wealth, thanks to a strong stock market and house prices, as well as massive savings and wage gains appear to be cushioning consumers against the highest annual inflation in three decades.

The media's fixation on doom and gloom, despite Biden's accomplishments, was captured by Tyler Pager, who recently wrote that the president is not being gloomy enough. Eric Boehlert noticed and responded.

The [Washington] Post basically hit Biden for not inciting general panic with his public comments regarding the challenges the U.S. faces today, as we come out of an unprecedented global pandemic, which has scrambled economies around the world.

Doesn’t this feel like a media trap? If Biden had spent his first year in office leaning into doom-and-gloom rhetoric, it’s almost certain outlets like the Post would criticize him for it and ask why can’t he be a more optimistic leader, like Ronald Reagan.

In all of my years of watching politics, I've never seen the chasm between perception and reality this big. That is primarily because right wing media paints Biden as an incompetent fool on a daily basis, while mainstream media is addicted to bad news with no context. The combination of the two presents a distorted reality.

It has become conventional wisdom to accuse Democrats of having a messaging problem. There's probably some truth to that. But when the entire weight of the news media is pushing against your message, the deck is stacked.