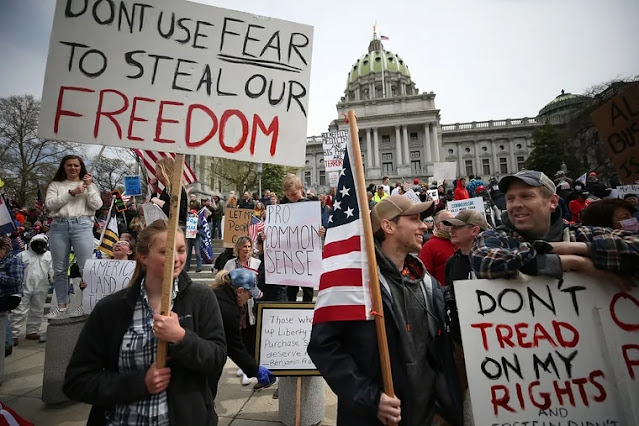 Living through the Covid-19 pandemic, one thing that has stood out to me is the selfishness of right wingers. From day one back in 2020, they failed to grasp that a pandemic is a community event that requires us to not only take care of ourselves, but to be concerned about each other. For example, wearing masks has limited effect in protecting us from catching Covid, but is mainly recommended as a way to avoid passing it on to others. In response, right wingers oppose wearing a mask because it supposedly limits their own "freedom." That is the definition of selfishness.

But the truth is that the kind of selfishness we're seeing has been baked into conservative ideology for a long time now under the guise of worshiping individualism. At it's root, it is a rejection of democracy. For example, Marshall Ganz once summarized what Alexis De Tocqueville found when he visited our fledging democracy back in the 1830's.

But only by joining with others could we come to appreciate the extent to which our fates are linked, gain an understanding of our common interests, and make claims on the political power we needed to act on those interests.

To avoid the kind of aristocracy that had flourished in Europe prior to our founding, self-government meant that collective action by citizens could balance the choices a few people make with their money. That is the heart of democracy, which inherently poses a threat to the power of aristocrats.

More than any other president, it was Ronald Reagan who undermined this concept of self-government with his focus on the idea that "Government is not the solution to our problems. Government is the problem.” With that messaging, our government was no longer "us," but a "them" that represented a problem to be conquered. That has consistently remained the underlying message of Republicans.

By now you might have forgotten that all of that became a focus during the 2012 presidential race between a community organizer and a hedge fund manager. It all started when Barack Obama said this during a campaign event in Roanoke, Virginia:

Look, if you've been successful, you didn't get there on your own. I'm always struck by people who think, well, it must be because I was just so smart. There are a lot of smart people out there. It must be because I worked harder than everybody else. Let me tell you something -- there are a whole bunch of hardworking people out there.
If you were successful, somebody along the line gave you some help. There was a great teacher somewhere in your life. Somebody helped to create this unbelievable American system that we have that allowed you to thrive. Somebody invested in roads and bridges. If you've got a business -- you didn't build that. Somebody else made that happen.
The Internet didn't get invented on its own. Government research created the Internet so that all the companies could make money off the internet. The point is, is that when we succeed, we succeed because of our individual initiative, but also because we do things together.

Mitt Romney and Republicans immediately jumped on the line, "you didn't build that," claiming that Obama was hostile to free enterprise. They made it the cornerstone of their convention that year. 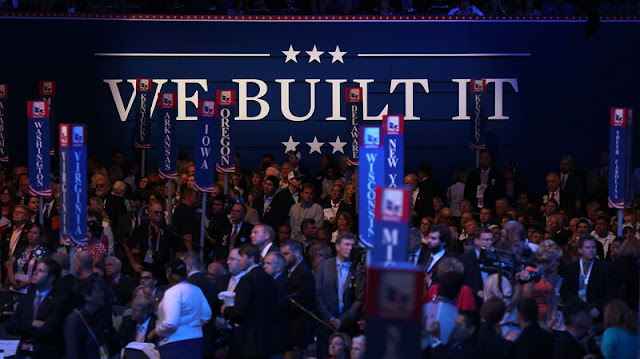 While not naming the Republican messaging directly, Obama responded with a speech at the Democratic Convention dedicated to the idea of citizenship.

We honor the strivers, the dreamers, the risk- takers, the entrepreneurs who have always been the driving force behind our free enterprise system, the greatest engine of growth and prosperity that the world's ever known.

We, the people — recognize that we have responsibilities as well as rights; that our destinies are bound together; that a freedom which asks only, what's in it for me, a freedom without a commitment to others, a freedom without love or charity or duty or patriotism, is unworthy of our founding ideals, and those who died in their defense.

That builds of something Obama said during the 2008 campaign. 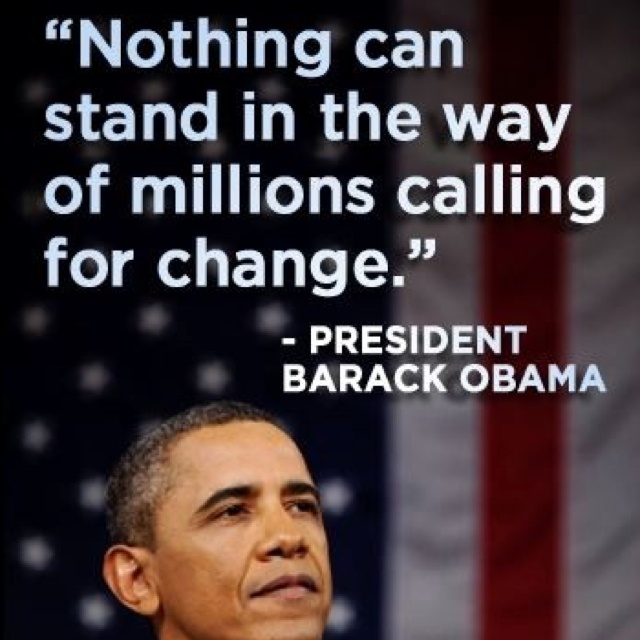 In a way, Obama was terribly prescient about the Republican focus on "freedom," reminding us that a focus only on "what's in it for me" is unworthy of our founding ideals.

That line  - "America is not what can be done for us. It's about what can be done by us" - pretty much encapsulates the ideal of self-government as the enactment of democracy. It goes to the heart of what might be the foundational difference these days between Democrats and Republicans.

What we have, once again, are two stories of America. One is dedicated to the uniquely American idea of "rugged individualism" that, in isolation from citizenship, leads to the kind of selfishness we've witnessed from right wingers during this pandemic. It's all about "me" and "my freedom." The other says that, in addition to that kind of individualism, we have obligations to one another and can act on those interests "together through the hard and frustrating work of self-government." As Obama said on another occasion, "the single-most powerful word in our democracy is the word 'We.' 'We The People.' 'We Shall Overcome.' 'Yes We Can.'"