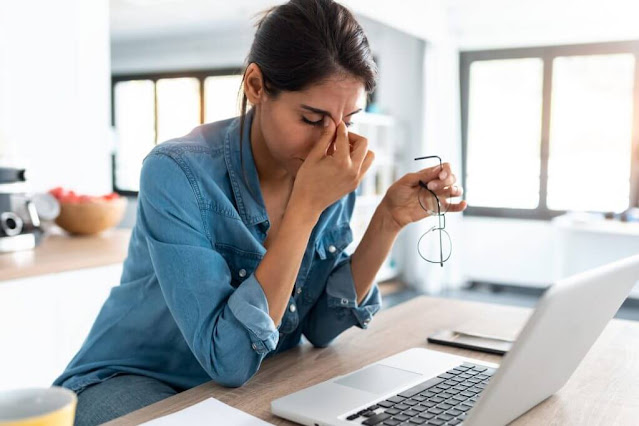 On November 8, 2016, many of us were shocked that Donald Trump prevailed in the Electoral College and became the 45th president of the United States. For the next four years, we absorbed one shock after another. They came so fast that sometimes it was impossible to react to all of them, but we watched a POTUS do things like lie over 20,000 times, claim there were good people on both sides of a white supremacist rally, suggest that the previous administration had tapped his phones, refer to black and brown immigrants as coming from "shithole" countries, separate families who were seeking asylum, ignore a pandemic, and suggest that perhaps we should inject bleach into our veins. It all ended with an orchestrated coup to overturn an election.

An overused meme these days is to say something controversial and then suggest that we "let that sink in." For most of us, Trump's presidency was so shocking that we still can't let it all sink in.

Nevertheless, we elected Joe Biden as president and gave Democrats bare majorities in both the House and Senate. But armed with a right wing media network, Republicans continue to send shock waves into the body politic. For example, the premier propaganda channel, Fox News, has fully embraced the white supremacist great replacement theory, Republicans are combating every effort to get Covid under control, local elected officials (particularly school board members) have been physically threatened, and a young man who killed two protesters is being hailed as a hero.

Frankly, for those of us who live in the reality-based world, our shock absorbers have been been tested on almost a daily basis and it is exhausting. As a result, on one side of the political divide are the collective narcissists who, after decades of fear-mongering, live in a constant state of hyper vigilance. On the other side is an exhausted majority. Dan Rather recently wrote about the latter.

We get to a point where the exhaustion is itself exhausting. And I firmly believe that the forces who seek to undermine our society, who seek to pit us against each other for their cynical gain, see exhaustion as a potent weapon at their disposal. The more exhausted people who care about solving difficult challenges become, the more uncertain success in these endeavors becomes. And I suspect many of you sense this as well. And find it exhausting.

The message to those of us who are feeling exhausted is that, while vigilance is necessary, it is critical that we occasionally take a break because "resilience is a perspective that requires rest as well as determination."

It is also helpful to understand what's going on because our addiction to bothsiderism would suggest that people on either side of the political divide are the same. But that's not the case. Those of us who rely on science, reason, and logic are not reacting out of fear, which is the "juice" that drives collective narcissists.

Even more importantly, we're not the ones garnering headlines in a media environment that is driven by instant reaction and outrage. That creates the impression that our voices don't matter and the shock troops are winning. But I don't believe that's the case. As an example, I could point to the fact that right wingers got all of the attention in the run-up to the 2017 elections, primarily with their threats to school boards. But according to Ballotpedia, they lost 72% of the school board races they contested nationally. Similarly, anti-vaxers are the ones making headlines, but 70% of adults have had at least one shot and 60% have been fully vaccinated.

Among the exhausted majority are those who simply expected Biden to fix everything immediately because the impression they get from news stories is that he has the power to do so. For example, here is Dan Balz at the Washington Post writing about Biden's "failure" when it comes to the pandemic.

Biden’s hope to vaccinate the overwhelming majority of the population has fallen short, leaving a patchwork of vaccinated and unvaccinated states and regions within states. Political divisions over the president’s policies, particularly his vaccine requirement for many companies, are worse than ever...After a premature claim by the president in July that the pandemic was mostly behind us and that people would soon have their freedom back, the delta variant struck hard. Now reality has taken hold.

Here's what the president actually said in July:

Don’t get me wrong, COVID-19 is — has not been vanquished. We all know powerful variants have emerged, like the Delta variant, but the best defense against these variants is to get vaccinated.

My fellow Americans, it’s the most patriotic thing you can do. So, please, if you haven’t gotten vaccinated, do it — do it now for yourself, for your loved ones, for your community, and for your country.

The irony is that if Biden was the tyrant right wingers claim him to be, he wouldn't have to be pleading with Americans to get vaccinated. Honest journalists would affirm that, in a democracy, a president isn't all powerful, which would lead them to report on the forces that are aligned against him (ie, Republicans).

The benefit of that kind of reporting would be that Americans would be better informed about the positions of both parties. But even more importantly, they would be more inclined to understand that real power comes from voting for those who align with our values.

So if you are feeling exhausted, please take a break from news and politics as often as you feel the need to do so. But while Republicans try to do everything they can to make voting more difficult, it is the one thing we can't take a rest from.