In a World That Seems to Have Gone Crazy, Dana Milbank Provides a Dose of Sanity 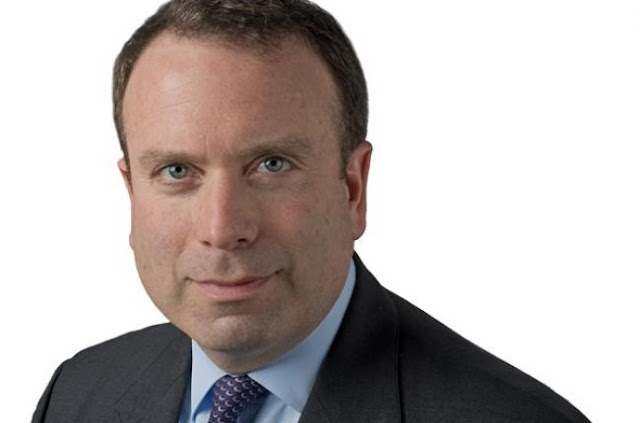 Biden began the year with a bit of a honeymoon period. But other than an uptick in June, his coverage has grown increasingly negative - ending up on par or worse than how the media covered Trump. That might make sense were it not for this:

In 2020, Trump presided over a worst-in-world pandemic response that caused hundreds of thousands of unnecessary deaths; held a superspreader event at the White House and got covid-19 himself; praised QAnon adherents; embraced violent white supremacists; waged a racist campaign against Black Lives Matter demonstrators; attempted to discredit mail-in voting; and refused to accept his defeat in a free and fair election, leading eventually to the violence of Jan. 6 and causing tens of millions to accept the “big lie,” the worst of more than 30,000 he told in office. And yet Trump got press coverage as favorable as, or better than, Biden is getting today.

Milbank didn't mince words when it came to his conclusion, writing that:

My colleagues in the media are serving as accessories to the murder of democracy...We need a skeptical, independent press. But how about being partisans for democracy? The country is in an existential struggle between self-governance and an authoritarian alternative. And we in the news media, collectively, have given equal, if not slightly more favorable, treatment to the authoritarians.

Every American should read Milbank's entire piece. But even more importantly, honest members of the press should do so and pause to reflect on their own complicity.

It won't surprise anyone who has actually been paying attention that, as his opening, Milbank provides some headlines from Politico to make his point:

“Does the WH owe Larry Summers an apology?”

“The other big intra-Democratic fight.”

“No BIF bump for Biden.”

“The case for why Biden is screwed.”

Although Milbank acknowledged that it wasn't just Politico, a journalist from that publication - Ryan Lizza - got a bit defensive on Twitter. That's when Milbank pointed to this:

It’s interesting that Germany’s Axel Springer completed its takeover of Politico on Oct. 18, and that’s exactly when Politico took its sharply negative turn against Biden. Maybe this explains the pushback from @RyanLizza

Regular readers might remember that back in August I noted the sale of Politico to Germany's Axel Springer and suggested that their reporting was about to get worse. As a reminder, here is how Thomas Meany described Axel Springer's flagship publication, Bild:

The experience of reading Bild is a sugar-rush of gossip, accompanied by the clanging gong of headlines. As is traditional, scandals are designated for the front page, but in Bild’s current iteration, fear-mongering appears to be privileged over celebrity soup...
According to the Bild worldview, the best way to counter the left is to portray its demands as totalitarian, and the best way to kill off the far right is to cannibalise its grievances.

It is becoming increasingly clear that Politico is following in Bild's footsteps.

What makes all of this even more confounding is the way it is treated by those who claim to quantify media bias. Take a look at where AllSides places Politico. 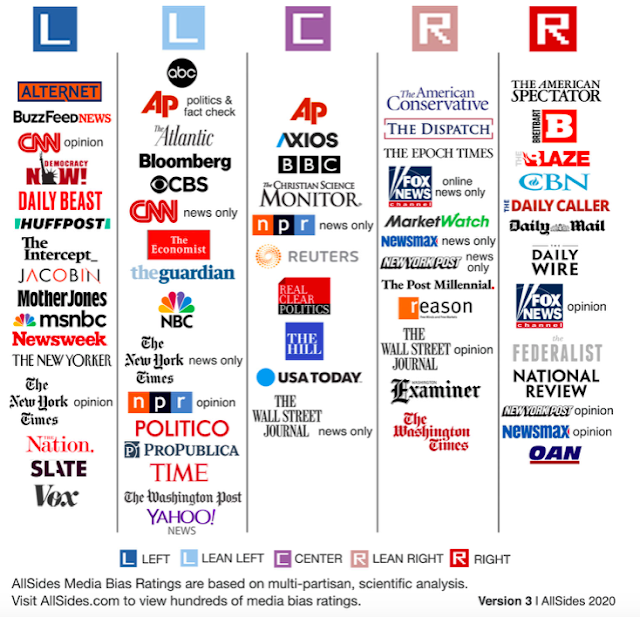 Not only is Politico placed on the left, they have the right wing site RealClearPolitics in the center. All of the major TV network news sites, along with the New York Times and the Washington Post, are also on the left. CNN is either left or far left, depending on whether we're talking about straight news or opinion. That is a dream come true for Rupert Murdoch, who started Fox News with the lie that mainstream media has a liberal bias.

When I look at things like this it makes me feel like the world has turned upside down and I am tempted to question my own sanity. That is precisely why Milbank's column is so important. It grounds us in the facts about what is actually going on.