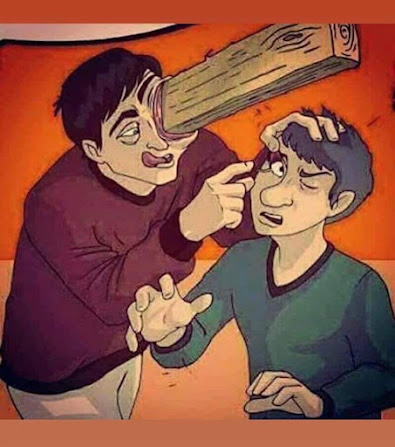 Recently Bette Midler, who actively shares her political views on Twitter, said something that she shouldn't have. In railing about Sen. Joe Manchin's refusal to support the Build Back Better Act, she referred to West Virginians as "poor, illiterate and strung out." She has since apologized.

Of course, the MAGA crowd is having a field day suggesting that this is yet another example of liberal elitism. But they fail to notice the facts: West Virginia ranks as the second poorest state in the country (behind only Mississippi), ranks number one for the least educated, and has the highest death rate in the country from opioid overdoses. Midler was pointing out that Manchin was standing in the way of legislation that would address those issues.

What is most interesting about the reaction from the right to Midler's tweet is that they are actually projecting their own judgementalism into what she said. Samantha Mendoza chronicled some of the most outrageous things GOP politicians have said about people who are living in poverty.

You take somebody that has the right mindset, you can take everything from them and put them on the street, and I guarantee in a little while they'll be right back up there," [Ben] Carson said in an interview. "And you take somebody with the wrong mindset, you could give them everything in the world, they'll work their way right back down to the bottom." He went on to say that people living in poverty have "the wrong mindset."...

"We have got this tailspin of culture in our inner cities, in particular, of men not working and just generations of men not even thinking about working or learning the value and the culture of work; and so there’s a real culture problem here that has to be dealt with," [Paul] Ryan said...

“Just like Jesus said, 'The poor will always be with us,' there is a group of people that just don’t want health care and aren’t going to take care of themselves," [Kansas Republican Roger] Marshall said in March. "I think just morally, spiritually, socially, [some people] just don’t want health care. The Medicaid population, which is [on] a free credit card, as a group, do probably the least preventive medicine and taking care of themselves and eating healthy and exercising. And I’m not judging, I’m just saying socially that’s where they are."

Mendoza provided a few more examples. But how about this one from Mike Huckabee:

“It’s basically just a transfer of money from the taxpayer to the government, from the government to people who become beneficiaries of the government, because that way the government can own these people,” Huckabee said on “Fox and Friends.” “It is a trap, and it is like the roach motel. Once you get in, but you never get out.”

I'd also like to add one from Rick Santorum that I find the most egregious. Here's what he said when running for president in 2012:

During a town hall meeting in Ottumwa, Iowa Friday afternoon, Rick Santorum argued that Americans receive too many government benefits and ought to “suffer” in the Christian tradition. If “you’re lower income, you can qualify for Medicaid, you can qualify for food stamps, you can qualify for housing assistance,” Santorum complained, before adding, “suffering is part of life and it’s not a bad thing, it is an essential thing in life.”

Then, of course, there is the Democratic Senator from West Virginia that Republicans are courting to join their party.

In recent months, Manchin has told several of his fellow Democrats that he thought parents would waste monthly child tax credit payments on drugs instead of providing for their children, according to two sources familiar with the senator’s comments.

How much more elitist can you be than assuming poor people have the wrong mindset, don't value the culture of work, don't take care of themselves physically, are like roaches, use the child tax credit to buy drugs, and - ultimately - deserve to suffer? That is the kind of thing Republicans say all the time!

For the party that wants to claim the mantle of Christianity, I would simply remind them of a couple of things that Jesus said. First of all...there's this:

To get there, they'll have to grapple with this:

Why do you look at the speck in your brother's eye, but fail to notice the beam in your own eye?