The Hardest Lesson Desmond Tutu Tried to Teach Us 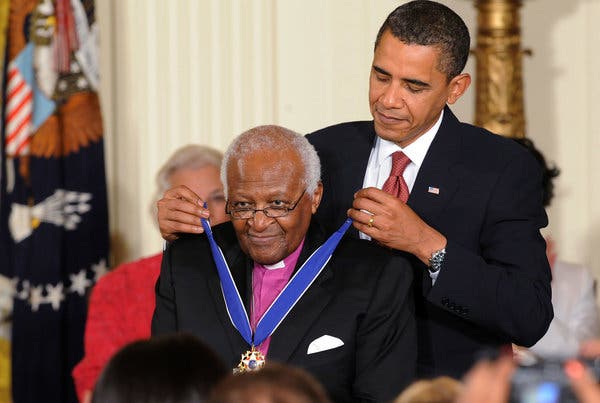 The world lost a great man with the passing of Archbishop Desmond Tutu. There are volumes that could be written about the wisdom he shared, but I'd like to zero in on something that we fail to grapple with at our peril.

Tutu was awarded the Nobel Peace Prize in 1984 - six years before Nelson Mandela was released from prison. During his speech at the awards ceremony, he talked extensively about the horrors of apartheid in South Africa. But in the end, he said this (emphasis mine):

When will we learn, when will the people of the world get up and say, Enough is enough. God created us for fellowship. God created us so that we should form the human family, existing together because we were made for one another. We are not made for an exclusive self-sufficiency but for interdependence, and we break the law of our being at our peril...

Unless we work assiduously so that all of God’s children, our brothers and sisters, members of our one human family, all will enjoy basic human rights, the right to a fulfilled life, the right of movement, of work, the freedom to be fully human, with a humanity measured by nothing less than the humanity of Jesus Christ Himself, then we are on the road inexorably to self-destruction, we are not far from global suicide; and yet it could be so different.

When will we learn that human beings are of infinite value because they have been created in the image of God, and that it is a blasphemy to treat them as if they were less than this and to do so ultimately recoils on those who do this? In dehumanizing others, they are themselves dehumanized. Perhaps oppression dehumanizes the oppressor as much as, if not more than, the oppressed. They need each other to become truly free, to become human. We can be human only in fellowship, in community, in koinonia, in peace.

Tutu didn't minimize that pain and suffering that had been inflicted on the oppressed. He spent his life fighting against it. But he also recognized that being the oppressor was dehumanizing to oneself because, as former President Obama once said, it destroys something inside. 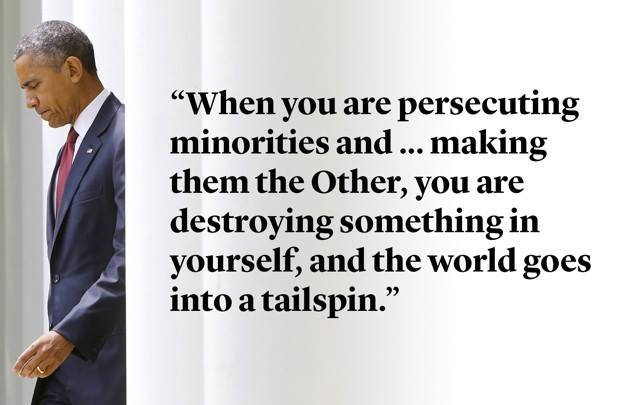 As Obama said during his speech at Nelson Mandela's funeral, there is a South African word that captures that truth.

Mandela understood the ties that bind the human spirit. There is a word in South Africa- Ubuntu – that describes his greatest gift: his recognition that we are all bound together in ways that can be invisible to the eye; that there is a oneness to humanity; that we achieve ourselves by sharing ourselves with others, and caring for those around us...He not only embodied Ubuntu; he taught millions to find that truth within themselves. It took a man like Madiba to free not just the prisoner, but the jailor as well...

Mandela's jailors lived in a prison of their own making. By persecuting others, they were dehumanizing themselves because there is a oneness to humanity.

Reverend Martin Luther King, Jr. embodied this truth as well. In his letter from a Birmingham jail, he wrote that "We are caught in an inescapable network of mutuality, tied in a single garment of destiny. Whatever affects one directly, affects all indirectly."

These are hard truths for us to grapple with, and these days, we are paying the price for our failure to do so. In the end, white supremacists can wreak havoc on people of color. But in doing so, they are destroying something inside themselves.