How Trump's Big Lie Could Hurt Republicans in the 2022 Midterms 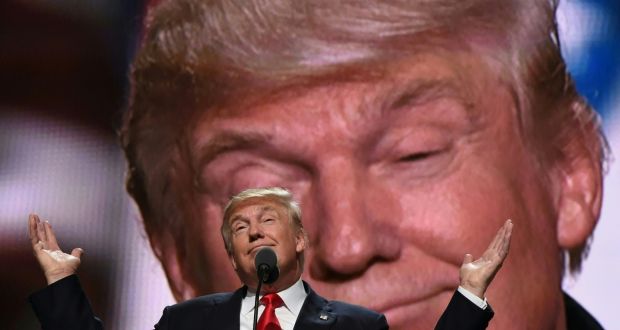 One of the things we've learned about Donald Trump is that everything he says or does is designed to prop up his narcissistic ego. Such is the case with the Big Lie. As Tony Schwartz made clear, Trump is compelled to create a delusional reality in which he wins, even when he loses, because the admission of a loss is the "equivalent of obliteration."

What that means is that the former guy can never abandon the Big Lie. On the contrary, he is making it pivotal as we head into the 2022 midterm elections. Trump has gone all-in on endorsing his favorites in Republican primaries. And the litmus test he's using is the extent to which they buy into the Big Lie.

The governor's race in Georgia i a perfect example. Trump is mad at the Republican incumbent Brian Kemp for not doing more to overturn the election results in that state. So he has endorsed David Perdue, whose candidacy is completely based on support for the Big Lie.

Trump's recent rally in Arizona is another example. Those who were invited on stage all payed homage to the Big Lie - with Trump-endorsed gubernatorial candidate Kari Lake leading the way. Lake not only says that, if she were governor, she would not have certified Arizona's election, she has threatened to jail politicians and journalists who told the truth about Biden winning the state.

At this point, Trump hasn't endorsed a candidate in Arizona's senate race to challenge Democratic incumbent Mark Kelly - although he did attend a fundraiser at Mar-a-Lago for Blake Masters, president of the Thiel Foundation. That has often been a precursor to an endorsement.

The leader in the Republican senate primary so far is current AZ Attorney General Mark Brnovich. Check out what happened when he tried to cozy up to Trump.

Let's see some justice for that corrupt, rotten 2020 election. https://t.co/mPUS3cnROl

The MAGA crowd - which will obviously vote for any candidate Trump endorses - is likely to prevail in primaries with several candidates on the ballot. That is especially true in states where the winner could be decided by as little as 20-30 percent of the vote. But what happens in the general election?

Journalists have paid a lot of attention to the fact that a majority of Republicans believe the Big Lie. But very little attention has been paid to the fact that between 60 to 65 percent of voters believe that Joe Biden won the election fair and square. That number has been stable since November, so it's not likely to change.

What happens to all of these Trump-endorsed Republicans when the former guy comes to town to campaign for them in the general election and insists on promoting the Big Lie? Of course, that will be a factor in state-wide races more than gerrymandered House seats. But as an example, in 2021, Glenn Youngkin didn't want Trump anywhere near his campaign in Virginia - which was probably a factor in his success.

Will candidates who embraced the Big Lie during primaries in states like Arizona, Georgia, North Carolina, and Ohio stick with Trump and his Big Lie, or will they attempt a very awkward pivot once the primaries are over? You can be sure that if they chose the latter, Trump will savage them - regardless of how that effects the outcome. His ego will demand it.

While journalists seem intent on a doom and gloom forecast for Democrats in 2022, too many of them are ignoring the fact that Republicans face a huge bind heading into the midterms.

“Trump still has this outsized voice and influence and too many candidates fear his wrath,” said Charlie Dent, a former Republican congressman from Pennsylvania and Trump critic. “We know Donald Trump will use his megaphone to condemn those who don’t buy his lies and his false narrative on the 2020 election. So these candidates are put in a bind: If they tell the truth, they run the risk of losing their primaries and incurring the wrath of Trump, and if they acquiesce and go along with this nonsense, they run the risk of alienating a lot of voters.”

Candidates have been pivoting between primaries and general elections for years. What's different for Republicans this time is that a narcissistic ego who controls the MAGA cult will be waiting in the wings to demonize anyone who fails to prop up his Big Lie.