How to Raise an Authoritarian 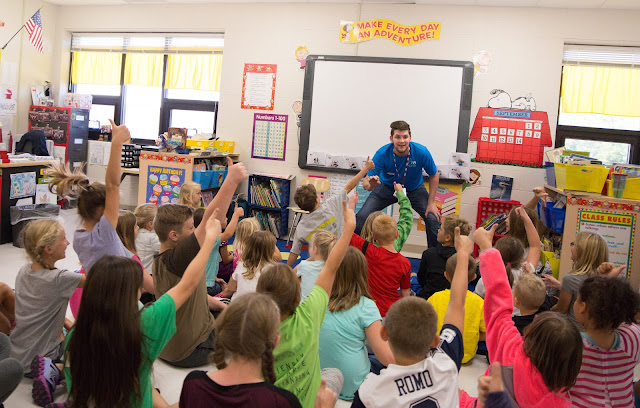 Last week, a couple of Fox News hosts thought they had landed on a story that promoted their twin goals of fear-mongering about the so-called "culture wars" and undermining public education. Both Rachel Campos-Duffy and Tucker Carlson did segments on the fact that an elementary school in Illinois will offer an after-school "Satan Club."

What is a bit ironic about those segments is that the group who sponsors these clubs - the Satanic Temple - was probably pleased to get the attention. Here is what Katherine Stewart wrote about them back in 2016:

The blend of political activism, religious critique and performance art that characterizes the After School Satan Club proposal is not a new approach for the Satanic Temple. It is just the most recent in a series of efforts that have made the Temple famous and notorious.

She went on to provide another example of how the Satanic Temple operates:

In 2014, after the Supreme Court ruled that the regular recitation of prayers before town meetings did not violate the First Amendment, provided that towns do not discriminate among religions, the Temple decided to test just how much religious liberty towns allowed. They volunteered to perform a Satanic benediction in an Arizona town where the board had regularly opened with a Christian prayer. In that case, the town preferred to abolish the practice of opening prayers.

So while you might cringe at the use of Satan (I know I did), it provides the shock factor that can be effective. It worked for me. When I saw those Fox News segments, I dug a little deeper to find out what this was all about.

In the majority opinion, Justice Clarence Thomas wrote that the activities of the CEF were not really religious, after all. He said that they could be characterized, for legal purposes, "as the teaching of morals and character development from a particular viewpoint." That is belied by the group's vision statement, which states that "Our special mission in CEF is to evangelize every child." Their aim is to proselytize, which is why they want to be in schools instead of just churches.

My journey into reviewing what the Good News Clubs are about was a bit painful in that it reminded me of many of the things I was subjected to as a child. I never attended a club with that name, but the materials and lesson plans permeated everything I was taught.

A group that has studied the lesson plans demonstrates exactly how children are taught to be authoritarians.

The first thing is to teach children that they are sinful.

The word “sin” and its derivatives (e.g., sins, sinned, sinning, sinner, sinful) appear 5002 times, averaging out to 41 times per lesson.

Here are some quotes from the lesson plans:

Keep in mind that these are things being taught to 5-12 year-olds.
The next two things go together. Because God is vengeful, sinners must be punished. That means going to hell when you die.

The word “punish” and its derivatives (e.g., punished, punishment) appear 1032 times. There are more than 250 mentions of or allusions to Hell.

The so-called "good news" is that Jesus died for your sins, which will save you from punishment and hell. But then comes the kicker...you are required to be obedient.

The word “obey” and its derivatives (e.g., disobey, obedience) appear 1113 times, averaging out to 9 times per lesson.

As an example of what it means to be obedient, Katherine Stewart, author of "The Good News Club: The Christian Right's Stealth Assault on America's Children," points to a lesson focused on Saul and the Amalekites found in 1 Samuel 15. God told Saul:

Now go, attack the Amalekites, and totally destroy all that belongs to them. Do not spare them; put to death men and women, children and infants, cattle and sheep, camels and donkeys.

Saul did as he was told, committing mass slaughter of men, women, children, infants, and animals. But he spared the king and a few animals. God was furious because Saul didn't completely comply. Here is how that is handled in the teaching manuals for the Good News Club:

The first thing the curriculum makes clear is that if God gives instructions to kill a group of people, you must kill every last one:

"You are to go and completely destroy the Amalekites (AM-uh-leck-ites) – people, animals, every living thing. Nothing shall be left."

"That was pretty clear, wasn't it?" the manual tells the teachers to say to the kids.

Even more important, the Good News Club wants the children to know, the Amalakites were targeted for destruction on account of their religion, or lack of it. The instruction manual reads:

The instruction manual goes on to champion obedience in all things. In fact, pretty much every lesson that the Good News Club gives involves reminding children that they must, at all costs, obey. If God tells you to kill nonbelievers, he really wants you to kill them all. No questions asked, no exceptions allowed.

It is worth noting that this particular Old Testament story has consistently been used to justify genocide.

According to Pennsylvania State University Professor Philip Jenkins, a contributing editor for the American Conservative, the Puritans used this passage when they wanted to get rid of the Native American tribes. Catholics used it against Protestants, Protestants against Catholics. "In Rwanda in 1994, Hutu preachers invoked King Saul's memory to justify the total slaughter of their Tutsi neighbors," writes Jenkins in his 2011 book, Laying Down the Sword: Why We Can't Ignore the Bible's Violent Verses (HarperCollins).

It's also worth noting what's missing from the curriculum. The word "empathy" doesn't appear anywhere. The many Biblical exhortations to love your neighbor (Royal Law) or do to others what you would have them do to you (Golden Rule) aren't the subject of any lessons.

In 2011, CEF reported that there were 3,560 Good News Clubs operating in the U.S. and more than 42,000 worldwide. In other words, they are training millions of children to be authoritarians.

Of course, it is unconscionable that a group blatantly proselytizing young children is allowed to do so in our public schools. But what is especially painful to me is the way they are damaging children. Using shame and fear to coerce them into total obedience is a form of emotional child abuse. At least that is how I experienced it as a child. It took me decades to heal from that abuse, and the pain that is ignited by these stories reminds me that it is still a work in progress.

For those of you who didn't experience this kind of abuse, you might have wondered why there is such a strong overlap between Christian nationalism, authoritarianism, and right wing violent extremism. To answer that question, you need to look no further than the kind of lessons being taught by Good News Clubs.