"My Hope Has Had Its Ass Kicked" 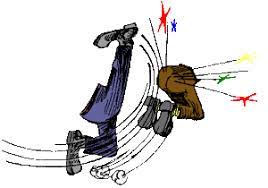 The stakes couldn't be any higher.

That is what the Republican Party stands for as we head into the midterm elections this November. Frankly, I am shocked that the projected outcome is even close. Regardless of what you think about Democratic proposals, at least they're not in the business of trying to destroy our democracy.
I've read (and written) articles that attempt to explain what is happening. But to be honest, I don't think that any of us have really grappled with what is going on with voters these days. No matter how radical the Republican Party gets, their supporters don't just remain loyal, but seem to be salivating for even more extremism.
I've spent a lot of time lately thinking about the idea of collective insanity. Back in 2017, renowned psychiatrist Robert Jay Lifton told Bill Moyers that Donald Trump was spreading a kind of "malignant normality."

What we put forward as self-evident and normal may be deeply dangerous and destructive...For example, Donald Trump lies repeatedly. We may come to see a president as liar as normal. He also makes bombastic statements about nuclear weapons, for instance, which can then be seen as somehow normal. In other words, his behavior as president, with all those who defend his behavior in the administration, becomes a norm. We have to contest it, because it is malignant normality.

That interview took place years before the bulleted events above. Do you want to see how much worse malignancy normality has become? Here's a sitting member of Congress who is all but guaranteed to win re-election in November.

Marjorie Taylor Greene says the government is planning to “zap” people inside their bodies if they try to eat a real cheeseburger. pic.twitter.com/gCDHiH5Bsy

Or how about the guy who has been endorsed for the Georgia Senate seat by both the establishment and insurgent wings of the Republican Party?

That's what passes for "normal" in Republican politics these days. And yet, according to the generic ballot polling aggregate at FiveThirtyEight, Republicans lead Democrats by almost two points.

Something is seriously wrong with our country right now. Unlike malignant cancer, this disease doesn't seem to be spreading, which is what counts for good news. But it has a grip on a large portion of the electorate and is burrowing deeper as it gets even more deadly. Forgive me if I sound cynical, but as Cory Booker said recently, "My hope has had its ass kicked."