Is the Durham October Surprise Fizzling? 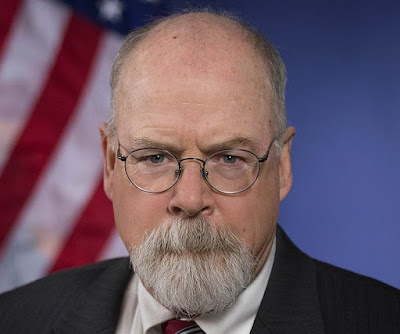 As we head into the last month of this election season, we are approaching the time when political analysts expect a so-called “October surprise.” One that has been bandied about as a possibility stems from Attorney General Barr’s assertion that he won’t wait until after the election to release the findings of U.S. Attorney Durham’s investigation into the origins of the Trump-Russia probe. But there are some indications that one could be fizzling. Here is a timeline of recent events related to that investigation.

According to multiple news reports, the Durham investigation has focused on a claim that Brennan politicized the intelligence indicating that Russia’s attempt to influence the 2016 election was aimed at supporting Trump’s candidacy—which has been refuted by both the Mueller probe and the bipartisan investigation by the Senate Intelligence Committee.

According to Brennan’s spokesperson, Nick Shapiro, the former CIA director was interviewed by Durham for eight hours last month, indicating that the investigation was in its final stage. Shapiro also stated that, while “Brennan expressed appreciation for the professional manner in which Mr. Durham and his team conducted the interview,” he “also told Mr. Durham that the repeated efforts of Donald Trump and William Barr to politicize Mr. Durham’s work have been appalling and have tarnished the independence and integrity of the Department of Justice.”

Federal prosecutor Nora Dannehy, who had worked with Durham for decades, was recruited to join the investigation soon after it was launched. In reporting on her resignation, the Hartford Courant noted that her colleagues said that it was “at least partly out of concern that the investigative team is being pressed for political reasons to produce a report before its work is done.”

Paul Sperry is the reporter at RealClearPolitics who was the first journalist to out the name of the whistleblower in the Ukraine matter that ultimately led to Trump’s impeachment. According to his most recent report, he was the recipient of leaks from senior U.S. intelligence officials claiming that Brennan “overruled dissenting analysts who concluded Russia favored Clinton.”

The so-called “evidence” Sperry points to includes the fact that a Brennan protege, Andrea Kendall-Taylor, was involved in writing the intelligence community assessment that exposed Putin’s motives for interfering in the 2020 election. Taylor’s other supposedly spurious ties include the fact that she donated money to the Clinton campaign and had worked with the person Sperry outed as a whistleblower.

The intelligence officials who leaked this information to Sperry also claim that Putin must have favored Clinton in the 2016 election because, while serving as Secretary of State, she was involved in the “reset” of relations with Russia. What they fail to mention is that the reset was launched while Dmitry Medvedev was still president of Russia and the endeavor soured when Putin was once again elected in 2012. Competent intelligence officials would be aware of this rather dramatic turnaround, which was captured in detail by Obama’s ambassador to Russia at the time, Michael McFaul.

New York Times reported that Durham is looking into the Clinton Foundation - September 24, 2020

Based on information from “people familiar with the matter,” the NYT reported that Durham “has sought documents and interviews about how federal law enforcement officials handled an investigation around the same time into allegations of political corruption at the Clinton Foundation.”

Given that U.S. Attorney John Huber, who was tasked with investigating the claims made by Steve Bannon and Peter Schwizer, “found nothing worth pursuing,” this appears to be a move to find something—or anything—with which to tarnish Trump’s opponents.

Maria Bartiromo announced that the Durham report isn’t likely to be released prior to the election - September 27, 2020

Bartiromo claims that, while a report isn’t likely to be issued prior to the election, the investigation is significant and is expanding to include the Clinton Foundation.

It is difficult to determine what to make of these seemingly contradictory events. But it is very possible that there is dissension in the ranks of the Durham investigation that goes beyond Dannehy and could extend to Durham himself—putting him at odds with the attorney general. Barr’s calculation might be that it is better to keep Trump supporters speculating on the nefarious deeds of members of the Obama-Biden administration than release a report exonerating people like Brennan of any wrongdoing. If that is the case, it would be somewhat reassuring to know that there are still people in the Department of Justice who aren’t willing to corrupt its efforts in service of punishing Donald Trump’s enemies or to help him win the election.